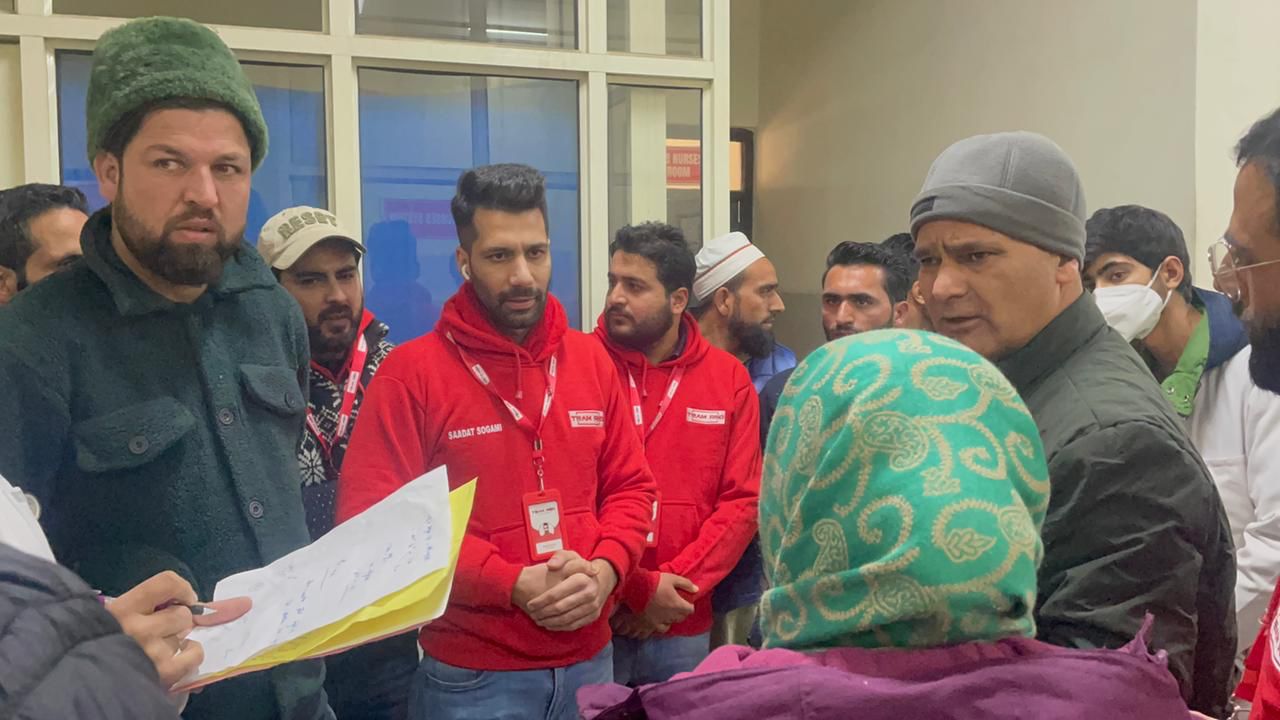 Small initiatives make a significant difference to an individual or family, especially weaker sections of society.

Kupwara, Dec 13: Team Red on Monday kick started Blanket Donation Drive from SDH Kupwara. The effort was part of the programme undertaken by the NGO to reach out to weaker sections of society. The Organisation carries out donation drives throughout the year, distribution of blankets in winter is also part of the year-long activity. TeamRed kick starts Blanket Donation

The team members stated that such small initiatives make a significant difference to an individual or family, especially weaker sections of society.

The donation drive was well received by the locals, patients, and hospital staff of SDH Kupwara, who praised the initiative.

The members of Team Red further said; that keeping in view the harsh winter & the hardships faced by patients & attendants in the hospital who come from far-flung areas, totally unplanned and unaware of the time they would have to spend in the hospital

We shall continue to #Make SomeoneSmileThisWinter