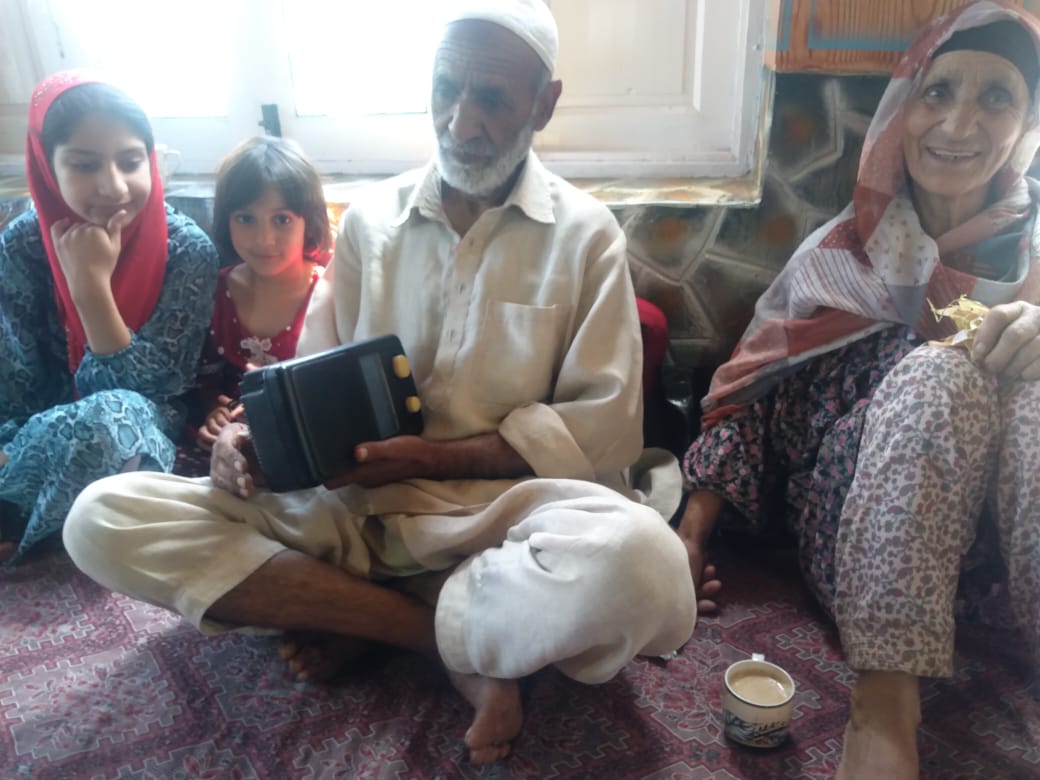 These resolutions entail the participation of the people to fulfill our resolve and build upon the achievements of the last 75 years, he added.

Observing that janbhagidari is a strong foundation of effective and efficient administration, the Lt Governor urged the people to become a partner in the developmental journey.

“No strategy of rapid socio-economic transformation will work without the active participation of people. The Amrit Kaal Khand has infused a sense of self-confidence. We are determined to harness the tremendous capacities of human capital to build a strong and prosperous J&K”, he said, adding that continuous efforts are being made to fulfill the aspirations of the people, particularly the youth, who are the lifeblood of society and guardians of economic development and social progress.

In a short span of three years, we have introduced reforms in every sector, which has opened up many growth and development opportunities. The results are visible as J&K is now moving ahead to be one of the leading regions in sectors like IT, Industries, Tourism, Revenue, Women Entrepreneurship, and Youth Empowerment, the Lt Governor said.

He also expressed gratitude to all the citizens for their immense contribution and wholehearted participation in ‘Har Ghar Tiranga Utsav’.

The Lt Governor also shared inspiring stories of citizens who are making a positive impact in the lives of others and playing the role of a change-maker for society.

‘The story of Haji Mohd Shafi Sheikh is truly inspiring. A pioneer in introducing horticulture in Bhaderwah, he encouraged other farmers to convert their land into orchids, and now three villages have been transformed into exotic fruit hubs of Jammu division’, said the Lt Governor.

Appreciating Syed Jalees Qadri, a young entrepreneur from Srinagar, for his endeavor of replacing the use of plastic cups with ‘kulhad’ (earthen cups), the Lt Governor said, Jalees is on a mission to promote environmental sustainability and revive traditional crafts. For environmental protection, it is necessary to adopt a sustainable lifestyle and bring about a change in our behavior.  Now, environment-friendly ‘kulhad’, which has been a part of our tradition for ages, is slowly and steadily replacing plastic cups,’ added the Lt Governor.

Acknowledging the determined efforts of Srinagar’s Abdul Rahim Bhat to plant a million trees by 2030 in the valley, the Lt Governor said that his story is an inspiring tale of common man’s social responsibility. He has planted two lakh trees in the Kashmir Valley without the help of any organisation. His spirit to give back to society is commendable.

Our natural resources are limited, and their conservation & protection is essential for our existence. He added that we must take inspiration from Abdul Rahim Bhat and discharge our responsibility toward protecting natural resources from destruction while walking on the path of development.

Highlighting the role of Self Help Groups as a development facilitator, the Lt Governor mentioned Anita Devi, a resident of Reasi district, who is spearheading a Self-Help Group of 1300 women and has transformed several villages in her area.

She is a living example of ‘Nari Shakti’ who has converted the challenges of remote hilly areas into opportunities, the Lt Governor said.

The Lt Governor also acknowledged the notable work of Kulgam’s Shahina Akhtar for providing free coaching to the women of her area so they can become self-dependent.

Referring to a suggestion received from Doda’s Reva Raina related to capacity building and credit facilities for women entrepreneurs, the Lt Governor listed various programs of the government to connect women folks with entrepreneurial endeavors and assured her that all the necessary steps would be taken by the administration.

We have adopted the MTC model- Market Network, Training, and Continuous Support, to create a strong eco-system of Women Entrepreneurs in Jammu and Kashmir with personalized support. Financial assistance of Rs 1840 crore was also given through various banks to the people to start their own employment in the financial year 2021-22.  Under Tejaswini scheme, 2000 girls were made entrepreneurs in the last financial year, having been provided financial assistance of Rs 102 crore. Skill development training has also been ensured by JKEDI to all the entrepreneurs, the Lt Governor said.

The Lt Governor instructed the JKTPO to integrate the suggestions received from Reva Raina during their upcoming programmes.

On the suggestion of Anita Goel from Inner Wheel Club Jammu on strengthening the relationship between the civil society and administration, the Lt Governor called upon civil society groups to participate in the process of social development and create awareness about public welfare programs run by the administration.

The Lt Governor thanked Poonam Shashtri from Jammu, who suggested for conservation and preservation of heritage sites and assured her that the key ideas will be incorporated in the policies.

The Lt Governor exhorted the enlightened citizens to identify ancient heritage sites in their respective areas to intensify ‘Adopt a Heritage: Apni Dharohar, Apni Pehchaan’ initiative. He also called upon all the public representatives of Panchayati Raj Institutions to join this campaign.

The Lt Governor also mentioned some thoughtful observations shared by Uma Sharma from Jammu to promote ‘Literary festivals’, ‘Book Cafes’ and scaling up the pace of digitization of libraries.

The valuable insights received from Kupwara’s Altaf Hussain Khan and Ganderbal’s Peerzada Vikar Shah about the maintenance and promotion of gardens and landscaping in J&K, besides promoting and monetizing floriculture, were also shared by the Lt Governor.