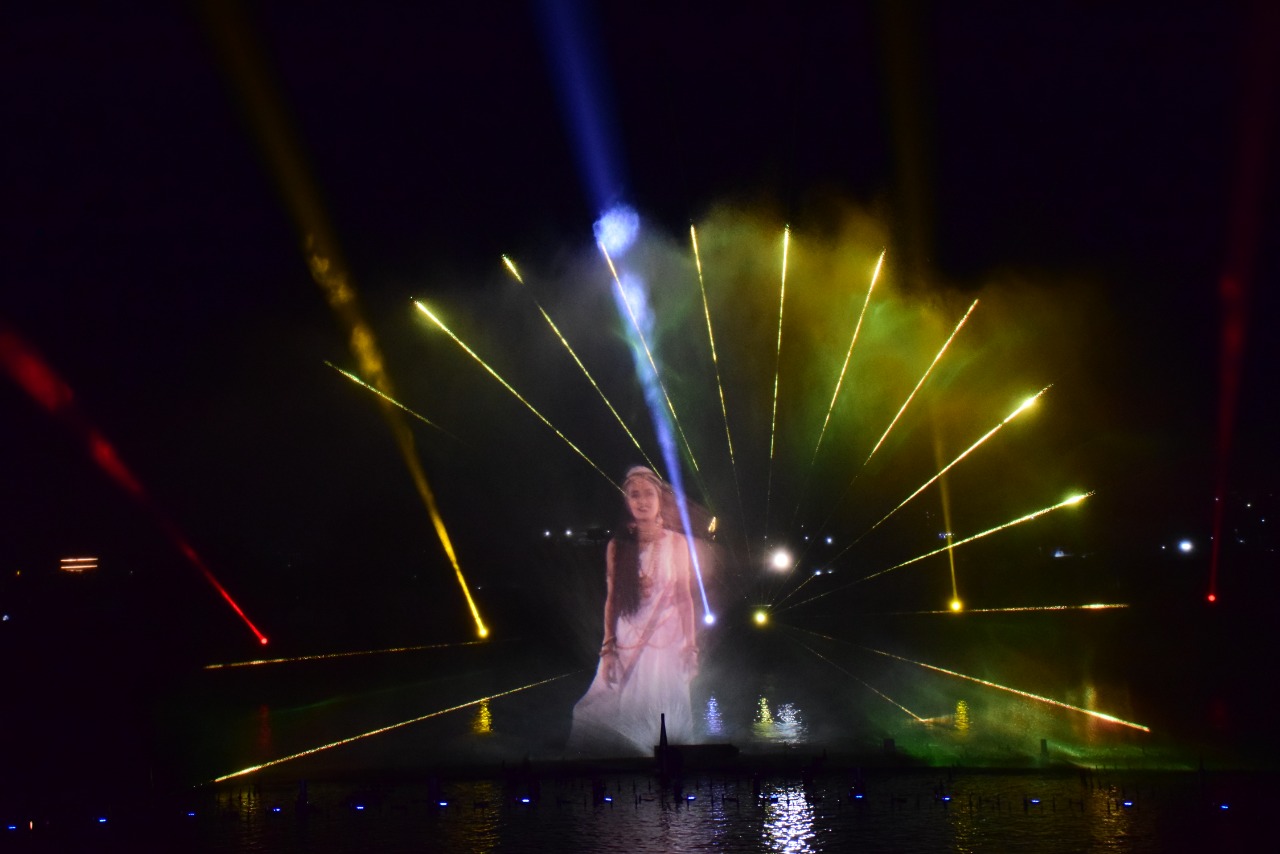 First of its kind innovative project will showcase cultural heritage & take the tourism in Jammu to new heights: Lt Governor

Jammu offers spiritual and scenic richness that is divine: LG

The Lt Governor said that the Musical Water Fountain with Laser, Light & Sound Show is the first of its kind in the Jammu Region.

This innovative project will showcase cultural heritage & take the tourism in Jammu to new heights, he added.

The Lt Governor observed that the unique amalgamation of heritage and modernity developed while keeping in mind the importance of historic Bahu fort will add to the aesthetics of Jammu city.

Jammu offers spiritual and scenic richness that is divine.

It has vast tourism potential and we are developing 37 offbeat destinations in Jammu Division that will boost the economy and provide large number of jobs to the people, observed the Lt Governor.

The Lt Governor said that the government is working on mission mode to transform the tourism sector of Jammu division and developing tourist places which were neglected for years.

Jammu is a treasure trove of culture, spirituality, tradition and literature.  The beauty of Jammu division is truly mesmerizing and tourists have plenty of scenic locations to explore, observed the Lt Governor.

For many decades, the tourism potential of the Jammu division remained untapped.

In the last two and a half years, our endeavours such as Ropeway project; Retreat Ceremony at Suchetgarh, Winter carnival & Lit-Fest at Patnitop and strengthening of infrastructure in various other districts are paying the dividend.

We are committed to develop the Jammu region as a preferred tourist destination and create huge employment opportunities for youth, the Lt Governor said.

As we are celebrating Azadi ka Amrit Mahotsav, Jammu & Kashmir, under the leadership of Hon’ble Prime Minister Shri Narendra Modi is heading towards an unprecedented development in every sector.

Our efforts will continue to bring the culture & history of the UT on the world stage, the Lt Governor observed.

Terming connectivity as the fundamental requirement of developing any tourist destination, the Lt Governor said under the guidance of the Hon’ble Prime Minister.

An amount of rupees one lakh crore is being spent on highways, tunnels, and related infrastructure to bring J&K closer to the rest of the world.

The construction of the much-awaited Delhi-Amritsar-Katra Expressway will give further boost to tourism in the region, he added.

The Lt Governor said that more tourism spots and facilities are being developed to provide a much wider choice to the tourists.

A special financial assistance of Rs 50,000 will be extended to the youth willing to establish a home stay unit, he added.

The Lt Governor said that the steadfast efforts of the UT Government have started showing results with record 26 lakh tourists and devotees coming to Jammu in September-October last year.

Under the Swadesh Darshan Scheme, the Hon’ble Prime Minister had given 37 projects worth Rs 197 crore only for Jammu division, out of which 35 projects have been completed.

Two other projects, which include Rs 80 crores worth Maantalai’s Wellness Center and Bhagwati Nagar’s Amusement Park, will be completed by March this year.

Similarly, many projects for Jammu division have been submitted to the central government under the PRASAD scheme.

Two projects have got the approval of the Union Ministry of Tourism- the Pilgrimage Facility at Katra at a cost of Rs 51.5 cr and Shiv Shakti Dham and Choti Ganga Tourism Project costing Rs 38 crore.

We have also approved the plan to complete 400 projects under CAPEX this year, the Lt Governor observed.

The Lt Governor stressed on the need to extend the outreach efforts under Central Government’s Dekho Apna Desh and Tourism for All.

UT Government’s tourism promotion programs to create maximum awareness of the tourist potential areas of Jammu division. Special attention must be given to promote local products