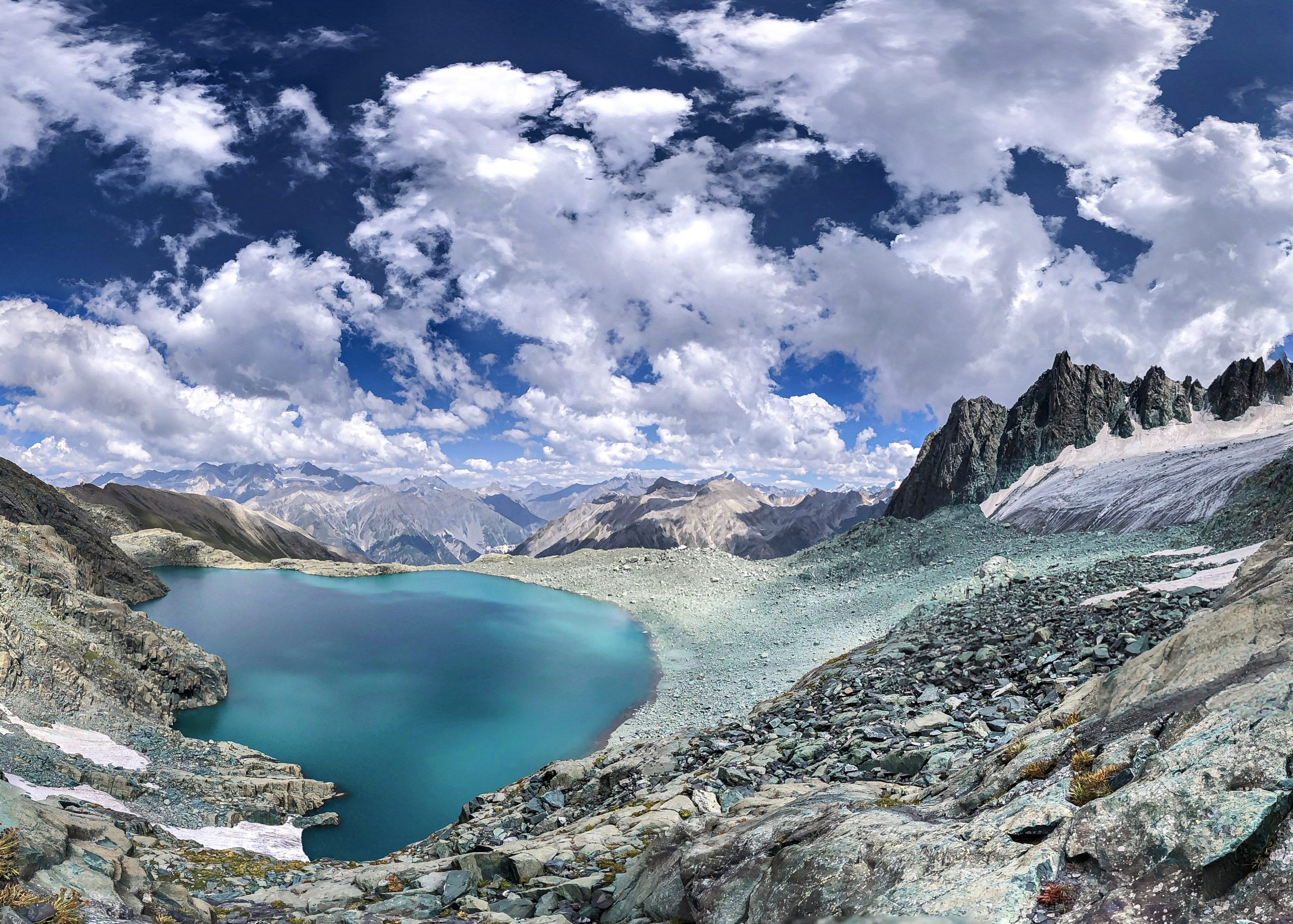 Besides Sonamarg, this central Kashmir district offers a variety of scenic picnic and trekking destinations which have few parallels in Kashmir’s adventure tourism.

In 2007, Ghulam Nabi Azad, then chief minister of erstwhile Jammu and Kashmir state, carved eight new districts out of the existing 14 districts through a cabinet decision. The decision raised the tally of districts to twenty-two. Kulgam was carved from Anantnag, Bandipora from Baramulla, Shopian from Pulwama, and Ganderbal from the capital city district of Srinagar.

The following year almost all the district offices started functioning in the newly created districts. People of these districts were thrilled and excited as their decades-old dream transformed into reality. The district administrators posted in these new districts showed vibrance in mitigating the public grievances. People felt a sigh of relief when their issues were redressed without traveling long distances as earlier.

Besides other spheres of life, tourist resorts of these newly created districts received a big fillip in being explored both by the national and foreign tourists under the new administration. Since I have been residing in Ganderbal, one of these newly created districts, and have taken a trip to most of its health resorts during this tenure, let me talk about Sonamarg, the health resort located in this picturesque district of central Kashmir.

Sonamarg is 94 km from the capital city Srinagar in the Ganderbal district. The route passes through beautiful locations of Ganderbal, Kangan, Gund, Mammar, Rayil, Kulan, Gangangir, etc. Sonamarg, the meadow of gold, is a heaven for trekkers with beautiful green and frozen around. The magnificent Thajwas Glacier provides a chance to enjoy sledge rides on snow, even in mid-summer. Good quality trout fish are also available there.

Then there is Manasbal, the deepest lake in Kashmir, and it is 32 Kms from the heart of Srinagar. The deep clear water of the lake makes it one of the most beautiful lakes surrounded by natural beauty and great mountains, which forms an effective contrast to the gentle beauty of the lake. This lake is also covered by lotus flowers and shelters many aquatic birds, making it a bride watcher paradise. The only Sainik school in the Valley is located just close to the lake.

Gangabal Lake, a sacred lake at the height of 3657 meters, is at the base of the snow-clad peak of Harmukh. Its turquoise-colored sheet of water lends a subtle charm to the Valley known as the Haridwar of Kashmir. This icebound ValleyValley also contains many other lakes. Perhaps nowhere in the Himalayas are so many high altitude lakes on the eastern fringe.

Tulmulla village has a famous Hindu shrine called the Khirbawani Temple. Its water changes colours to various shades like green light, blue, and even blue light. The sacred spring symbolises goddess Ragnaya Devi. The annual festival here is held every year from June-July. A visit to this famous temple will be a worthwhile trip.

There is also a famous tourist place of Naranag, about 12 Kms from main Kangan town. The neglected ruins of the ancient Hindu temple at Narang are an archaeological site thronged by local and foreign visitors during the summer. Noted for its scenic meadows, lakes, and mountains, it is a base camp for trekking to Mount Haramukh and Gangabal lake. The village lies on the left bank of the Wangath river, which is a tributary of the Sind River. From the main Kangan town to Narang tourist attraction, the famous villages en route include Nizampora, Baranbugh, Khanan, and Wangath.

Mohand Marg meadow, also known as ‘Mohana Marg,’ is located on the banks of river Sindh at an altitude of 3400 meters. This meadow is located atop Koaihama range overlooking Sindh valley with a panoramic view of Pir Panjal range, Gadsar range, and Mount Kalahoi.

There is another meadow called Lal Marg near the famous Mohand Marg. Both the meadows have historical importance. Hungarian-born archaeologist Sir Aurel Stein translated the famous Rajtarangni book from Sanskrit to English in the 1930s, spending many summers there in these meadows. After completing his works, Stein erected a memorial to commemorate his achievement, which is still intact in the place.

Besides these main natural health resorts, the government has developed a couple of parks also in the district to attract more local and national tourists. Some of the most visited parks are Hung Park near Sonamarg, Environment Parks near Kijpora, another one at Manigam on the banks of river Sind, and a beautiful and well-developed park called Qamria Park near mini-secretariat Ganderbal.

Ganderbal is also an abode of many famous and prominent saints, as many God-fearing saints have their last resting place here. Some of the distinguished and most popular shrines include Hazrat Baba Ji(RA) at Babanagri, Mir Hyder (RA) at Tulmulla, Shah Sadiq Qalandar (RA) at Lar, Baba Daryawudin (RA) at Khalmulla, Syed Qamurudin Bukhari (RA) at Saloora Ganderbal and Baba Hanifudin (RA) Yarmuqam, etc. A huge rush of people around the year is witnessed at these shrines.

The author can be reached @ [email protected].