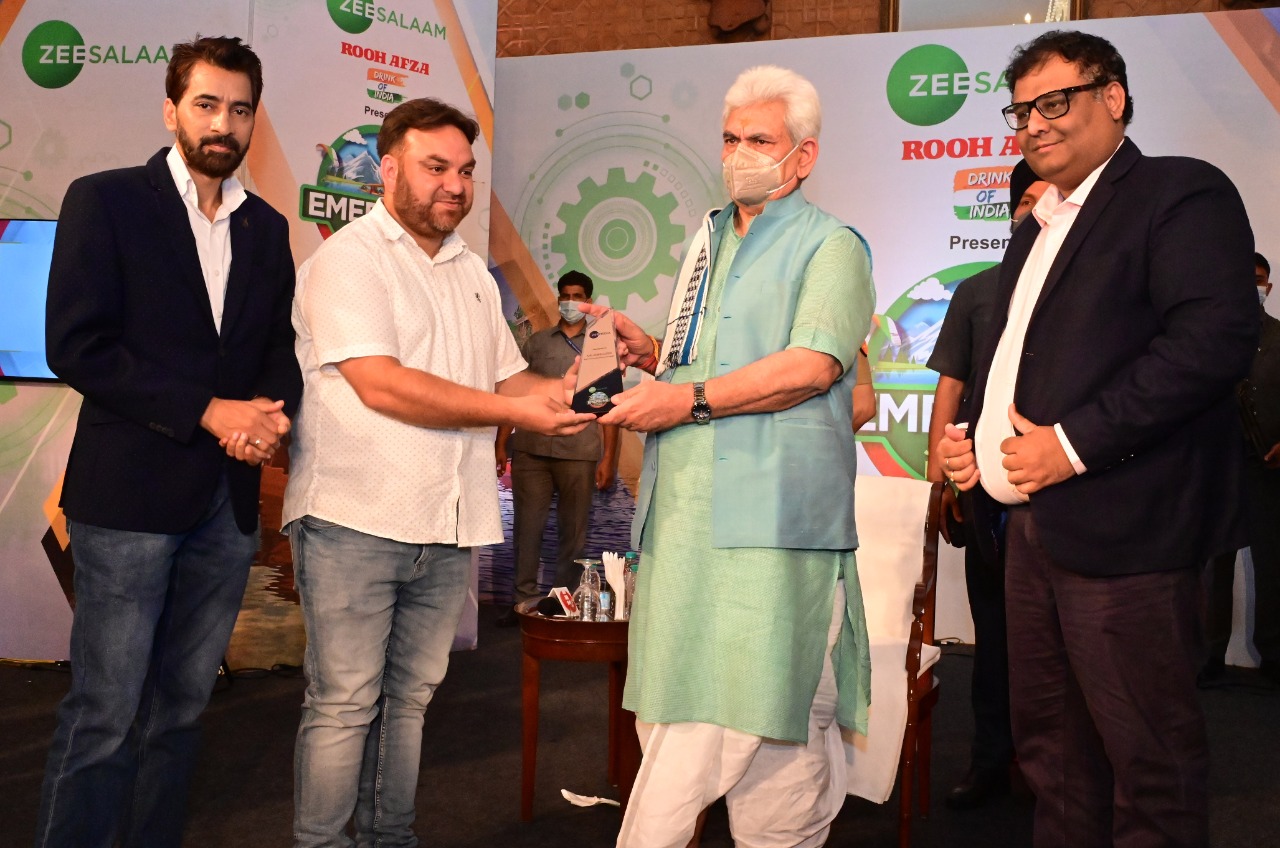 “J&K is treading on the path of progress and prosperity only due to the clear vision for the welfare of the people and the determination of the Hon’ble Prime Minister Shri Narendra Modi, he added.

The Lt Governor said that the growth and development of Emerging Jammu Kashmir is not limited to just Jammu or Srinagar, but it is also visible in remote villages like Palli, which has bridged the development gap of decades in just three years. It is visible in thousands of tribal households in Pulwama, Kulgam, Rajouri, who have got their due rights to forests and its products for the first time, and children of poor tribals studying in smart schools equipped with computers, and tablets, he further added.

The Lt Governor underscored that sustained efforts have been made to eliminate corruption and bring transparency to governance. It is being ensured that every penny for public welfare is being spent rightly and an account of each penny has been made available in public domain.

Behind today’s Emerging Jammu and Kashmir, there is a fear-free, corruption-free, transparent system which has led to record completion of 51 thousand projects in the last financial year, as against only 9,229 projects in 2018-19. Despite Corona, more than double of 21,943 projects were completed in 2020-21. This is the new face of Emerging Jammu and Kashmir that is being appreciated all over the country for completing the project at the fastest speed, he added.

Earlier only 6 km of road was built per day in Jammu and Kashmir, Today 21 km of road is being constructed every day. Now, J&K is in third position in the entire country in the Pradhan Mantri Gram Sadak Yojana.

A few years back, it took more than 11 hours to travel from Jammu to Srinagar by road. The travel time has been greatly reduced and one can cover the same distance in little above five hours. Soon it would take less than 4 hours, I am certain, the Lt Governor said.

Under the guidance of Hon’ble Prime Minister, Rs 1 lakh crores are being spent on the road and tunnel infrastructure projects in J&K and we are also endeavoring to connect Srinagar and other cities of the Valley directly to Delhi, soon, through the Katra-Delhi Expressway. It would reduce Kashmir to Delhi travel time to only 11 hours.

Despite the immense potential of power generation in J&K, nothing was done in the seven decades. Only 3450 MW has been realized, but the requirement is way too much. The same amount of electricity will be generated in the next four years and Jammu and Kashmir will become self-reliant in the Power sector, he added.

There were only three medical colleges in Jammu and Kashmir for catering the needs of entire population but now there are 10 medical colleges, J&K is the only place in the country where two AIIMS are being constructed, one in Samba and other in Awantipora. We now have two new Cancer institutes as well. These developments are the shining examples of Emerging J&K, the Lt Governor asserted.

The Lt Governor said that for the first time a vibrant 3-tier Panchayti Raj system was established in J&K. Further, to bridge the gap between cities and border villages, Rs 600 Crores has been approved for Border Area Development.

Noting that since independence the cumulative outside investment in J&K was around Rs 15,000 crore, the Lt Governor said, within a year, we have received investment proposals to the tune of Rs 52,155 crores, out of which the Hon’ble Prime Minister has already done the groundbreaking ceremony for projects worth Rs 38,000 crore in April this year and the rest will also be done in near future. ‘I firmly believe that the UT will receive investment proposals to the tune of Rs 70,000 crores. This will not only facilitate Industrial development but will also open host of new employment avenues for our enterprising youth’, he added.

Focus has been laid on improving ease of business with various policy reforms, besides schemes and initiatives have been curated to encourage youngsters and women to be entrepreneurs.

Speaking on Agriculture and allied sector, the Lt Governor said that J&K fares third among the top five states of the country in terms of farmer’s earnings with an income of Rs.18,918 per month. We have taken innovative steps to widen mechanized farming net, besides creating market linkages.