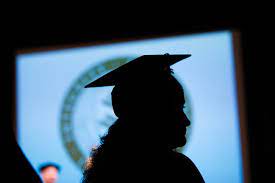 To streamline the functioning of the University of Kashmir, it is time for the J&K’s Lieutenant Governor Manoj Sinha to take the matter into his own hands, which will save the careers of hundreds of students, writes Khazran Khan

One of the most reputed universities of India, the University of Kashmir is famous for its infrastructure and captivating environment and is also highly popular for delayed degrees, delayed exams, delayed results, and poor management.

While the NIRF ranked it 48th in 2021 and QS BRICS ranked it 78th in 2020 among top universities in India, the University of Kashmir, in reality, stands far behind. The harsh realities of the University of Kashmir get unravelled in every stage of students’ lives. The number of protests have peaked in the past few years which point to the abject failure of the administration.

Recently, after the University of Jammu announced the holding of exams, Kashmir University woke up from its slumber, even though the admin of the varsity was repeatedly questioned about the delay. It’s a matter of shame for the varsity and each member of its administration. In a recent event, the downfall of the Kashmir University was seen when several students led a mass protest in which hundreds of students from all affiliated colleges participated. It later led to life threats against some students by the varsity and police officials.

A report in Greater Kashmir points to the harsh realities of life students face at Kashmir University. Referring to the outgoing 6th semester undergraduate students of different KU-affiliated colleges, the report said the students were enrolled in colleges in 2018 and were supposed to complete their three-year degrees in 2020.

“But the students are yet to complete their degree despite the passage of more than four years—the OMR based 6th-semester examination of students culminated on December 13. The students were expecting their results in a week, considering the less involvement of human resources to evaluate the answer scripts. However, more than a month has passed, and the University’s examination department is yet to declare the result of the students and award them their degrees. The result was delayed due to official wrangles as admitted by the concerned officials, but now the officials at the Examination Wing are attributing the delay in declaration of results to the rise in COVID-19 cases, which is not justified at all. Several other examples prove how the absence of technological interventions in KU’s examination department has proved dearly for the students. In the declaration of degrees, the examination department has also failed to keep pace with holding examinations in time.

The story of BG-2019 students is a case in point. The course started around April 2019, while the first-semester exam was held in December 2019, followed by the second-semester exam in June 2020 and the 3rd-semester exam in July 2021. The date sheet for the 4th-semester examination was notified but has been postponed. The sequence of events clearly indicates the delay in holding the exams and shows how poorly the examination department has fared to implement the semester system of examination which was introduced some seven years ago at the college level. There is so much uncertainty about examinations among regular candidates of the BG 2019 batch. These students should ideally be in the 6th semester so that they can complete their degree in time. The undergraduate degrees are delayed, but some degrees at PG level have also consumed more than two years of the students as well.”

“It is a fact that COVID-19 caused lots of disruptions, but it is also a sad story that an institution which is more than 50 years old has yet to evolve a mechanism of holding Proctored Online Examinations (POE) to finish the tests in time in case of such eventualities and disruptions. The University does not hold online examinations because their sanctity is often questioned. In the last few years, the University has often been in the news for breaching the secrecy of examinations after it sent question papers of various undergraduate examinations to the colleges through a social media chatting application-WhatsApp.”

In addition, the classes of UG students of B.Tech, 2nd semester started on December 10, 2020, and still, they’re waiting for their pending exams of majors and previous results of minors. The delay in degree has sowed the seeds of aversion in their hearts.

Kashmir University thinks so high of itself as if it’s the only institution where students are witnessing COVID-19. Nay, much worse has been faced by the students of Maharashtra, Karnataka, Tamil Nadu, Bangalore and Delhi. So this argument must be exposed. The vice-chancellor of the University of Kashmir doesn’t act. Aware of the changes that could be effected for the betterment of students, the VC instead prefers to sit and relax in a calm room with Central Heating System. That’s the worst and agonising feeling affecting the academia of students and all the colleges affiliated with KU.

After media persons and students questioned the University of Kashmir, the admin finally decided to conduct their offline examination from the second and third week of February. In the wake of the decrease in COVID-19 cases, the administration took such a step without considering the toll it could take on students at the examination halls. The worst blow hit when Kashmir University declared the offline mode for the exam even though they had completed 90 per cent syllabus in online mode. Soon, tables turned upside down when students staged a protest. The stubbornness of KU officials spread like wildfire when Proctor, Controller of Examinations and some police officials gave life threats and warnings of fake encounters to protesting students.

“While the NIRF ranked it 48th in 2021 and QS BRICS ranked it 78th in 2020 among top universities in India, the University of Kashmir, in reality, stands far beh”nd.”

Students’ dedication was seen after they protested from 11:30 in the morning to 9:45 at the night. Yet, things are chaotic. Not having any semblance of humanity, the officials of KU involved police and also threatened students by circulating a certain notice targeting them. It is ironic how the officials of KU, who are supposed to groom students, play politics with their careers.

Each student is looking forward to the honourable LG of Jammu and Kashmir, Manoj Sinha, to take the matter into his own hands to ease the way of life for students at the University of Kashmir. Moreovit’sit’s the duty of Mr Sinha to inspect the KU officials as well as suspend J&K Police officials who threatened to kill the students.

Each man one star of their ascendant (Destiny)

PS: This is an article on behalf of those hundreds of students who survived all the brutality and took part in the mass protest against the officials of the University of Kashmir despite chilly and rainy conditions.

Khazran Khan is an engineering student and can be reached at [email protected].