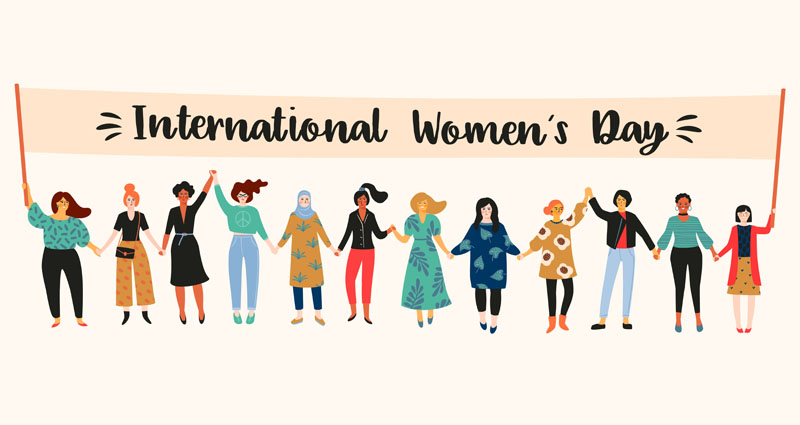 Every year, International Women’s Day is celebrated on March 8. Beyond the ritualistic commentaries and tributes, our society needs to take some real measures for the true empowerment of women.

This day also marks a call to action for accelerating gender parity. Significant activity is witnessed worldwide as various groups come together to celebrate women’s achievements or rally for women’s equality. This day is also meant to celebrate women’s achievements, raise awareness about women’s equality, lobby for accelerated gender parity and fundraise for female-focused charities.

When we talk of J&K, women are the most vulnerable and worst-hit section of society, especially under the prevailing situation. They not only suffer from intense harassment but also undergo traumatic experiences with prolonged depression, making them mentally sick. The disturbing situation prevalent in Jammu and Kashmir has hit the Kashmiri women hardest. Thousands of widowed women have to bear the entire responsibility of raising their children and running the household expenditure. Women face many issues and challenges related to health, economy, education, politics, domestic violence, declining sex ratio, female foeticide and infanticide, state violence, dowry harassment, eve-teasing, and unequal wages for child labor.

The central government, UT administration, NGO, and local bodies should work jointly to empower women in J&K. Union Territory remains one of the regions with the country’s highest female illiteracy and unemployment rate. Women face many challenges that stop them from entering the workforce compared to their male counterparts or even their female counterparts in the rest of the country, leading to a higher unemployment rate among women in J&K.

This high unemployment rate can be explained by a number of interconnected factors sometimes. The chief issue is the lack of educational opportunities. According to the census report of 2011, only 58.01% of women in J&K are literate compared to 78.26% of male literacy. The lack of educational opportunities serves as the principal barrier between women and employment.

Between 2001 and 2015, cases of crime against women in J&K doubled from 1656 to 3363. About 70% of these cases are domestic, and this is a rising trend in J&K and needs to be addressed. Crimes against women have gone up since 2020. As against 3193 cases of crimes against women in 2019, the numbers jumped to 3515 in 2020. The Crime Gazette 2020, recently released by Jammu and Kashmir Police, reveals that cases of rape, molestation, and abetment or attempt to suicide have also seen an increase.

International days are the occasions and opportunities to educate and be aware of the people around the world on the issues of public importance, mobilise political will and resources to address global issues, and celebrate and reinforce humanity’s achievements. They act as effective advocacy tools.

In addition, domestic violence is a major problem in India. Men beat up their wives and abuse them as they think women are their property, more so because women are afraid to speak up. Similarly, women who work get paid less than their male counterparts, and it is downright unfair and sexist to pay someone less for the same work because of their gender. We need to treat all genders equally and empower women to speak up for themselves and never be a victim of injustice.

The most important message of this day is to make women capable of making choices for themselves and aware of their rights. Individuals and governments must both come together to make it happen. Education for girls must be made compulsory so that women can become literate to build an independent life for themselves.

Women must be given equal opportunities in every field, irrespective of gender. Moreover, they must also be given equal pay. We can empower women by abolishing the concept of child marriage, which is still prevalent in some areas. Programs must be held where they can be taught skills to fend for themselves. There is a need for a process that creates power in women to live a happy and respectable life in society. Women are empowered when they can access opportunities in various fields such as education, medicine, lifestyle, etc., without limitations and restrictions. It includes raising their status through education, awareness, literacy, and training. It also includes the authority to make decisions.

When a woman makes crucial decisions, she feels empowered. There is also a need to be aware of male counterparts to realise women’s rights in the light of religion, law, and morality. Muslim law and sharia provide women with opportunities to be empowered and respected and bar any discrimination. Islamic law provides financial security to a Muslim woman through her rights in the property inherited and based on marriage. At the time of marriage, a Muslim wife is entitled to receive total wealth or property from her husband. There is a need to be aware of the masses about sharia and the Islamic jurisprudence so that justice, equality, fairness, and equality of opportunity for all are achieved.

Let this International Women’s Day prove to be a stepping stone in that direction.