Home » International Day for the Elimination of Violence against Women 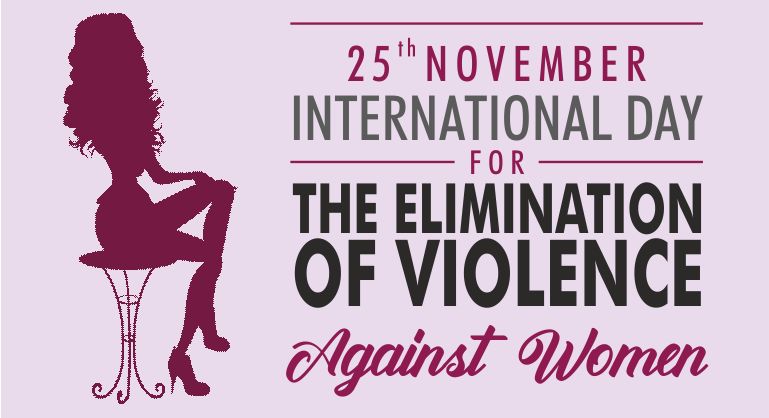 Every year November 25 is celebrated as the International Day for the Elimination of Violence against Women. This day’s celebration is based on November 25, 1960, when Dominican dictator Rafael Trujillo ordered the assassination of the three Mirbal sisters who were struggling against his dictatorship. From 1981, people struggling for the rights of women started celebrating this day as Elimination of Violence against Women.

On December 17, 1999, the date received its official United Nations resolution. The main aim of celebrating this day is to raise awareness about the physical, mental, and other forms of violence against the feminine gender, providing every kind of security to them against this abuse and struggling for their rights. Celebrations start for sixteen days known as “16 Day of Activism,” which end on December 10 marks the World Day for Human Rights. Ironically, women in different parts of the globe are subjected to other kinds of violence despite this worldwide movement. Unfortunately, most of them cannot raise their voice against the violence they are facing and remain silent.

As per the United Nations reports, 33% of women in the world, and 12-15% of women in Europe are daily subjected to physical and mental violence. One among every three women in the world has to face physical or psychological violence at least once in her life. United Nations Security Council Resolution 1820 declares sexual violence as a severe crime against humanity; however, there are many countries in the world where people are committing this crime escape from punishment in one way or the other. Myanmar is one among such countries where there is no investigation in the cases in which security forces are involved with the sexual violence of women belonging to ethnic minorities.

According to Hseng Nouong Linter (who is a worker of SWAN organization which has been set up to help the women involved in sexual violence in Myanmar almost seventeen years ago), the members of the military government set up in Myanmar are involved in the cases of human rights violation daily and are involved in sexual violence against women under a planned strategy. Because when the female of any family suffers from sexual violence, they leave that very place and try to settle somewhere else. In this way, the Myanmar military is forcing the ethnic minorities to vacate their areas.

According to the reports of SWAN (Shan Women’s Action Network), within six years, there have been almost 625 cases of sexual violence against women with substantial evidence. The report further declares that there are uncountable numbers of women in the country who are unsafe. United Nations Commission on the Status of Women wails every year for the physical violence against women, gender inequality, and their exploitation in every part of the world. Every year the occasion is marked with the organization of strained conferences in the majestic five-star hotels, the publication of coloured appendixes in daily newspapers, otiose discussions in symposia and conferences, and passing of new resolutions. When we check the ground realities, we find that all these things have become just resultless narrations and mere customs, and the violence against women is increasing with every passing day.

The deceit of Women’s Freedom – A Violence

In modern times, women across the world, especially in America, Europe, and other industrial countries, are treated as a fallen creature that is merely used as an agent for selling and purchasing commercial items and an essential and inseparable part of advertisement companies. The scene is worse in some countries where she is undressed, and her body is permissible as a commercial item. Men have made her a playing toy by their self made laws.

In contemporary times, women have started working shoulder to shoulder with men. They work as receptionists in hotels, air hostesses in airplanes, singers and actresses in theatres, and announcers on different media platforms. Their poignant naked pictures are used as a source of marketing for obscene and pornographic magazines and books. Traders and industrial companies print their semi-naked photos on their commercial items’ packets and advertisement banners to thrive their business.

It is a known fact that women are toyed in the selective phases of Miss World, Miss Universe, and Miss Earth titles. The nudity of women is exhibited in movies and serials in the name of acting and stardom. Suppose all this is freedom, honour, prestige, and reverence of women and providing them with their rights. In that case, humanity needs reconsideration and recension of the parameters of freedom, honour, and respect for women. Let’s not forget that this state of affairs continues as long a woman is young and her body pleases the people. Once she crosses her beauty stage and remains no more attractive for men, her price decreases in the market, and her demand becomes low.

Society starts running away from her, and she is hurtled everywhere. She now has to live a life of loneliness in her home or some mental asylum as she becomes a burden for everyone. She becomes a stranger where she was once a lodestar. She is misemployed in her youth and thrown away later like tissue paper. It is a harsh reality of the modern freedom of women and its final results. It is the real violence against women in the name of their freedom and equality, which needs alacritous rescindment.

Violence against women will continue as long as they will be treated as dalliance items. If we want to curb the violence against women, our duty doesn’t end at a mere celebration. Celebration of this day is just a training course, and the real task lies ahead. We need to be practical and give them equal respect and honour as their counterparts. They are part and parcel of our society and not toys for recreation. Celebrations, speeches, seminars, and enacting of new government laws regarding violence against women are all least effective unless and until every individual of society makes conscientious efforts to eradicate this menace.

(The author can be reached at [email protected])