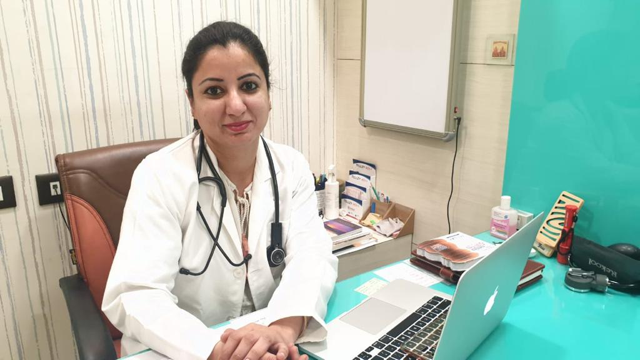 AUB is a gynaecological condition marked by menstrual bleeding of abnormal quantity, duration or schedule. It impacts 1 in 5 women at some point in their life.

AUB is when bleeding is heavier or lighter than usual. It may be longer than expected, may occur early or late than the scheduled time, may occur at an irregular interval or randomly.

AUB is more common in teenagers or Premenopausal women. It may be due to structural abnormalities of the uterus, which may be benign (non-cancerous) like polyps, fibroids, adenomyosis (uterine thickening caused by endometrial tissue moving into the walls of the uterus) or malignant (cancerous). Other causes are:

Hormonal disorders which affect cyclical ovulation (release of the egg from the ovary), namely Polycystic Ovarian Disease or other ovarian cysts, also cause AUB.

Diagnosis of the cause of AUB is done through a preliminary ultrasound of the pelvis (to rule out structural disorders) and some blood tests. Further investigations may be advised on preliminary test reports like Endometrial Biopsy, Hysteroscopy, CT or MRI of the pelvis.