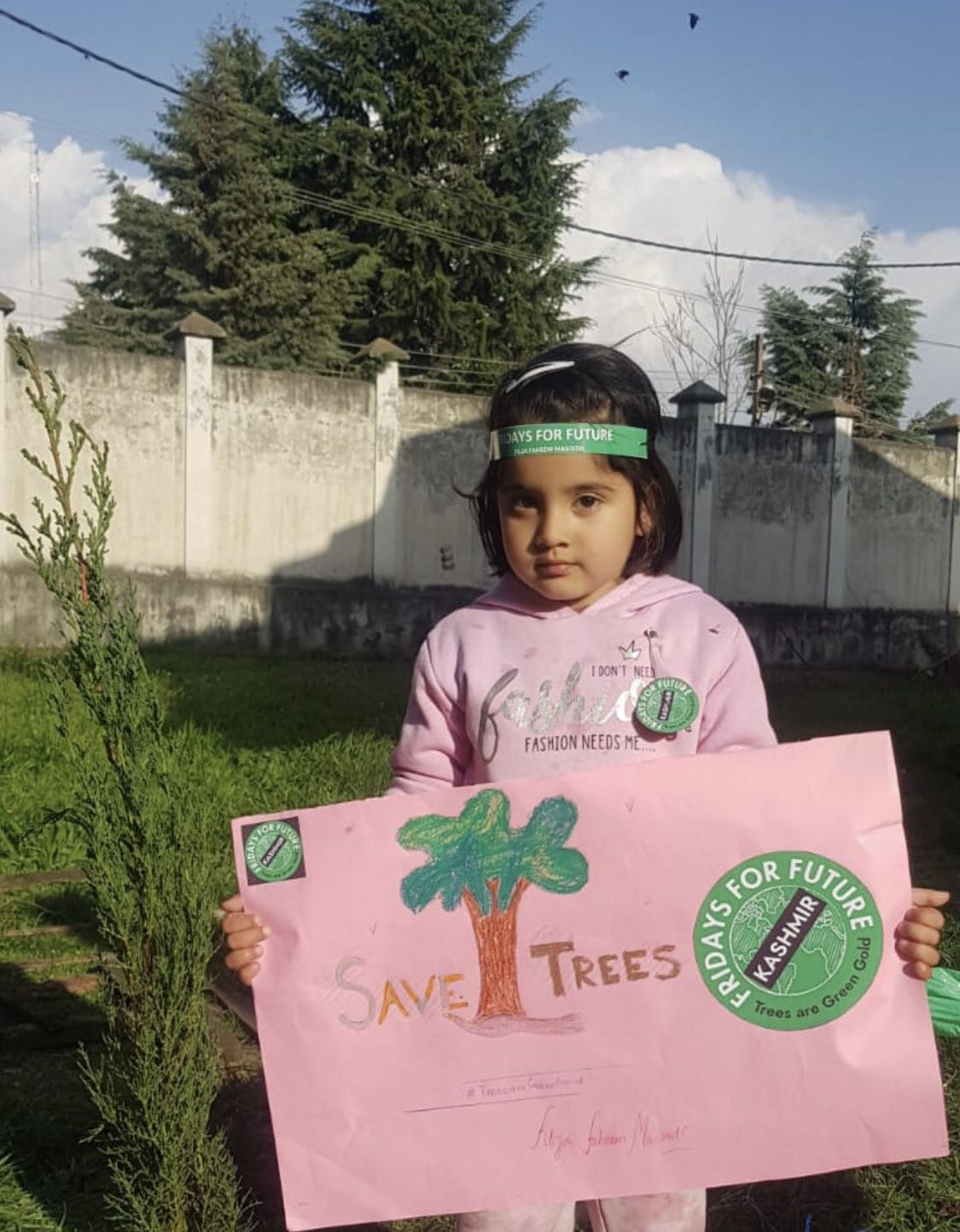 A four-year-old girl from Hazratbal, Srinagar, Filza Faheem on Friday pledged to plant more trees across the Kashmir Valley.
While kick-starting #FridaysForFuture event in Kashmir, Filza tweeted, “I started alone with the hope that more people will join.” Filza has been planting varieties of trees across the valley since she was three year old.
The #FridaysForFuture is a youth-led and organised movement that began in August 2018, after 15-year-old Greta Thunberg and other young activists sat in front of the Swedish parliament every schoolday for three weeks, to protest against the lack of action on the climate crisis. She posted what she was doing on Instagram and Twitter and it soon went viral.

[https://twitter.com/FaheemFilza/status/1507360198171582469?s=20&t=VwfGpjSBF5XCv3vHAQPEyg]
Filza’s parents believe in action on the ground and doing their bit to inculcate pro-environmental behaviour in their kid. “This is our humble attempt of protecting the environment and caring for climate change by teaching and encouraging our daughter to plant more trees,” Dr. Faheem said.
Being optimistic that this small beginning might encourage other parents and kids in Kashmir to follow and contribute towards protecting and conserving environment of the region.
Earlier, recognizing Filza’s efforts to protect the ecology, the South Asian Voluntary Association of Environmentalists (SAVAE), a Kashmir-based organisation that focuses on environmental policy in South Asia, awarded her. She was also felicitated with a memento and a certificate of appreciation.