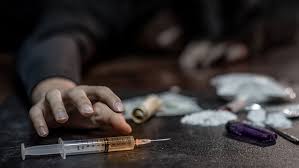 We cannot always build the future for our youth, but we can make our youth for the future. Franklin D. Roosevelt With the word youth, freshness, vigour, spirit, enthusiasm comes to mind. Just like a garden full of flowers with green grass. No, it’s not the case now. The definition could be changed if it continues. What!!! A so-called digital village, the world looks like. A parent knows about the habit of a foreigner living overseas but not about his child. A parent loves to learn more about the world and forgets about his reflection. We are gripped in a materialistic world so much that we have disconnected our hearts.

The thing which has ruined the blossoms, yes!! I am talking about drug addiction. A recent heart-wrenching video on social media put a question mark about our value system and moral policing. We can say illegal drugs are the biggest menace in our society, which has ruined many lives. United Nations report 2019, world drug report estimates that drug use in India has gone up by 30 per cent. 13.1% of the people involved in Substance abuse in India are below 20 years of age.

States on top in drug addiction are Punjab, Mizoram and Manipur. And Kashmir is going to be Punjab as drugs are much accessible nowadays. Once, our youth used to go and offer Fatiha at the graveyard and come with the contentment that we remember our dear ones who left us. And the same place has become a hub of injecting drugs. A lost Valley we live in. The people in the network, are they ghosts? Do we have a mechanism to stop it, or we do not want to? No doubt there are many causes for this menace. Be it economic cause, social cause, political cause, but mainly it’s due to peer pressure.

If we still act as mute spectators, the changing lifestyle and transition of values will be a long night for all of us. Doing nothing makes us murderers. We are murdering our positive, lively, peaceful legacy. Dynamic princes at home are turning into beggars, thieves and criminals. We have seen many incidents in the recent past that shook the whole society’s conscience. But alas!! The situation is still there. There are several provisions and laws for protection against drug addiction.

So, it’s the foremost duty of the state to act on it. We have Narcotic drugs and psychotropic substances Act, 1985, The prevention of illicit traffic in Narcotic drugs and psychotropic substance act, 1988 etc. The authorities claim to have drug de-addiction centres and counselling programs, but why cannot the network be busted with advanced and latest technology. Drug abuse gave rise to other social crimes. It initiates crimes like domestic violence, Burglary, trafficking, attacks on the public etc. It has become a vicious circle cycling at a high pace. This drug abuse has many consequences: mental consequences like depression, anxiety, mood swings, and psychosis. The Physical consequences include Physical and sexual abuse and social consequences like Dropping out of school, job loss, troubled relationships etc.

Family is a social institution that has a significant responsibility. Parents need to watch their wards, keep track of their activities, know their child’s friends, talk to them freely, encourage them to do good things, and spend time with them to have a strong bond.

Family is a social institution that has a significant responsibility. Parents need to watch their wards, keep track of their activities, know their child’s friends, talk to them freely, encourage them to do good things, and spend time with them to have a strong bond. We should get back our community sentiment to help one another get rid of such a heinous crime. In addition to this, having laws is not enough; however, time is to pull our socks and push for the implementation of these laws. Integrating all the implementing agencies is needed to achieve the desired results.

Drug abuse has devastated families, and other family members are constantly threatened. It has made their lives miserable. Indian subcontinent had a unique feature of collectivism which was the backbone of our culture. We need to get that back. We are one family, and let’s join hands to make a strong shield for our future. Let the stars twinkle, let the moon smile, and the sun radiate.

Society rests on some core principles which make and unmake its moral character. These principles reflect a stable state where everyone knows the duties and responsibilities amid compassionate nature for being a member of the civilised system of life as a human being. These principles constitute a complex web represented by morals like live and let live, care and get care, respect and get respect et al. as we are always interdependent.

Coming down to degradation in such character, it ultimately disturbs the harmonic balance and erodes the base of a society in itself. Drug abuse is one such moral turpitude that has Cloven our community like coils of the snake. It affects both health as well as moral state of society. Youth is getting involved in heinous crimes like dacoity, smuggling, pornography, women harassment, black magic, immoral aptitude, among all the unethical practices correlated with Drug abuse. This menace is degrading the institution of the family in its instance and that of society on the other. Unless we owe ourselves an obligation and sense of duty and responsibility, we may fail to construct a solid base for our society to flourish.

(The author hails can be reached at [email protected])