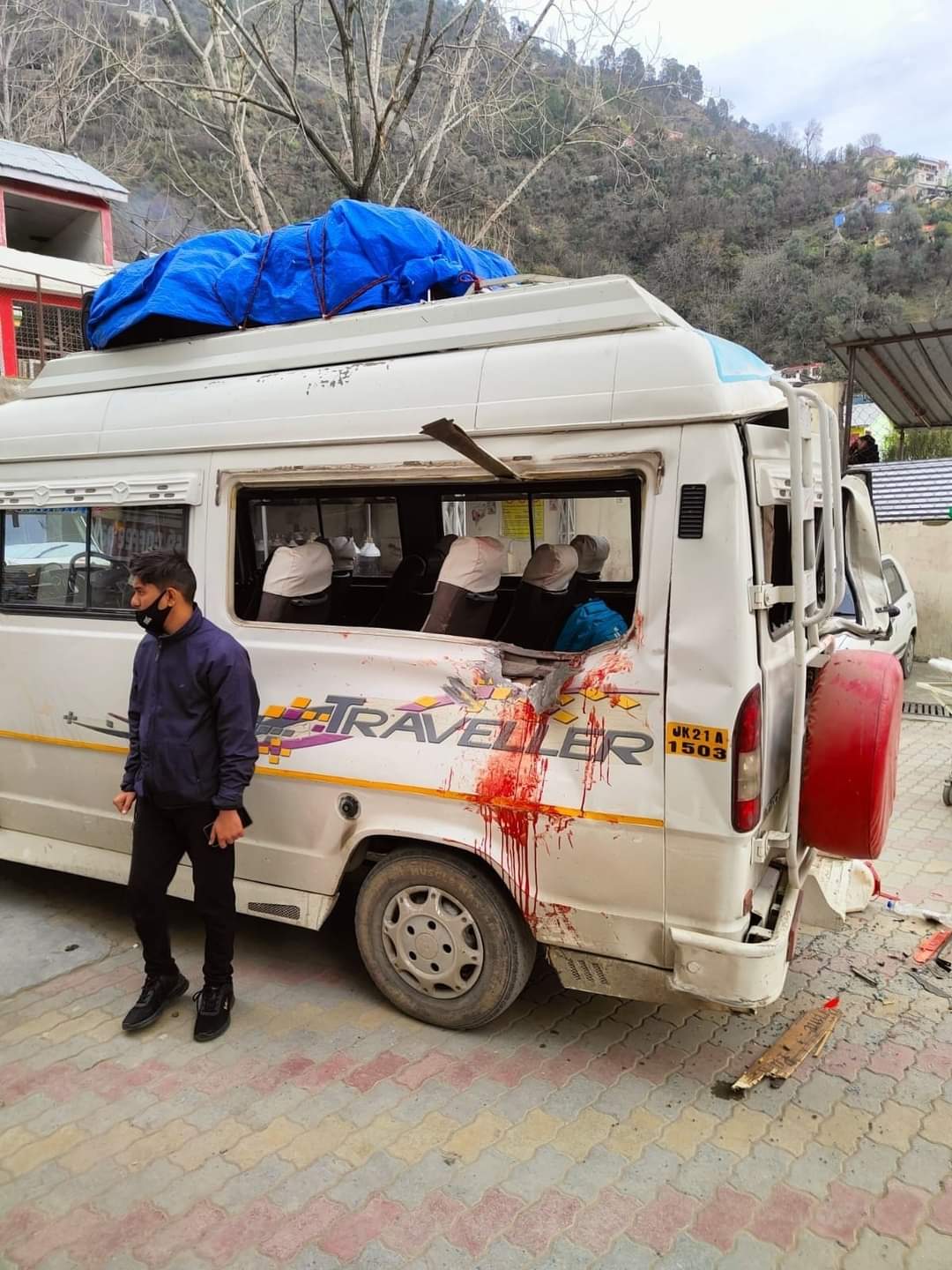 Ramban: One person was killed and three others were injured when a tempo vehicle they were travelling in was hit by a shooting stone near Cafeteria Mohr area in Ramban district at Srinagar-Jammu National Highway on Sunday, an official said.

“Today at about 2 pm one tempo traveller bearing registration number (JK21A—1503) travelling from Srinagar to Jammu reached near Cafeteria Morh Mehar when suddenly shooting stones from top of mountain hit the tempo traveller in which four persons got injured,” an official told the news agency—Kashmir News Observer (KNO)

The injured were shifted to nearby hospital in which one, namely Yashvardan son of Sanjay Singh Age from Jabalpur Madhya Pradesh (MP) died in DH Ramban, while others are being treated, officials said.