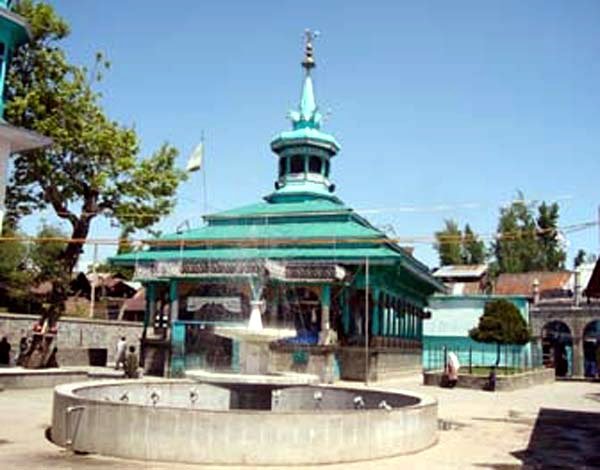 A Muslim Missionary has the spirit of truth in his heart, which cannot rest till it manifests itself in thought, word, and deed. The first Missionary to visit Kashmir was Sharafuddin Sayyid Abdul Rehman Turkistani (Bulbul Shah) Alaihi Rehma. But the greatest Missionary whose personality wielded the most extraordinary influence in the spread of Islam in Kashmir was Qutub e Zaman, Sheikh e Salikan e Jahan, Qutub ul Aktab, Afzal ul Muhaq e qeen o Akmal ul Mudaq e qeen, Al Sheiyookh ul Kamil, Bani e Musalmani, Shahi Hamdani Hazrat Syed Ameer e Kabeer Meer Syed Ali Hamdani (RA). The arrival of a host of other Sayyids with Mir Syed Ali Hamdani gave a big boost to the conversion of people of Kashmir to Islam, among which Mir Syed Mohammad Hussain Simnani has had an enduring impact.

Syed Hussain Simnani (RA) is arguably one of the most celebrated Syeds coming from Iran and Central Asia in Medieval period who blessed Kashmir and accelerated the process of Islamisation of Kashmir.

Syed Hussain Simnani (RA) is arguably one of the most celebrated Syeds coming from Iran and Central Asia in the Medieval period who blessed Kashmir and accelerated the process of Islamisation of Kashmir. Mir Syed Hussain Simnani came to the Valley of Kashmir from a place called “Simnan” in Iran. He traces his genealogy to the Prophet of Islam (Salallahu alaihi wasalam) through his grandson Syeduna Imam Hussain (radiallahu tala anhu), being 16th in direct descent from Hazrat Ali (Karam Allah Wajhu). He was the cousin of Ameer e Kabeer Mir Syed Ali Hamdani and the younger brother of Syed Taj ud Din Hamdani (Nowhatta Srinagar).

Mir Syed Ali Hamdani had deputed Syed Hussain Simnani and Syed Taj ud Din Hamdani to take stock of the situation in Kashmir in the reign of Sultan Shahab ud din. So both of them entered the Valley and began to preach. Sultan Shahab ud din became a follower of Syed Hussain Simnani and because of the King’s concurrence, the Shah of Hamdan reached Kashmir with a large following. The King and heir apparent, Qutub ud din, received him warmly.

Travelling in Kashmir Valley while spreading Islam, Mir Syed Hussain Simnani came to Kulgam and liked a spot on a cliff overlooking the river Veshaw. He made Kulgam his permanent abode and got engaged in a philanthropic mission there.

Travelling in Kashmir Valley while spreading Islam, Mir Syed Hussain Simnani came to Kulgam and liked a spot on a cliff overlooking the river Veshaw. He made Kulgam his permanent abode and engaged in a philanthropic mission there. Kulgam was earlier known as “Shampora” which was later renamed Kulgam by him. In the transformation of Kashmir into a new phase of its civilization march from Buddhist and Hinduised moorings to an Islamic one, the role of Syed Simnan Sahab can’t be undermined. Salar Sanz- Father of greatest Sufi Saint of Kashmir, Sheikh ul Alam Sheikh Noor ud Din Noorani Wali e Kashmiri had embraced Islam at the hands of Syed Hussain Simnani and was renamed Salar ud din. Even his marriage with ‘Sidrah’ (Alamdar e Kashmir’s mother) also took place because of the efforts of Syed Simnan. Alamdar e Mulk e Kashmir calls Mir Syed Hussain Simnani the spiritual guide of his father. Mir Syed Hussain Simnani holds the title of Governor e Mulk e Kashmir. Chroniclers have also mentioned him as Syed u Sadaat (Head of all the heads of Kashmir).

Syed Hussain Simnani left on 11th Shaban 792 A.H and was buried at the very spot which he had found fascinating. Syed Meer Hyder Mubarak e Rehmani is also buried at the same place besides Syed Simnan Sahab. The family of Syed u Sadaat is buried in a nearby Village called “Amun” in Kulgam.