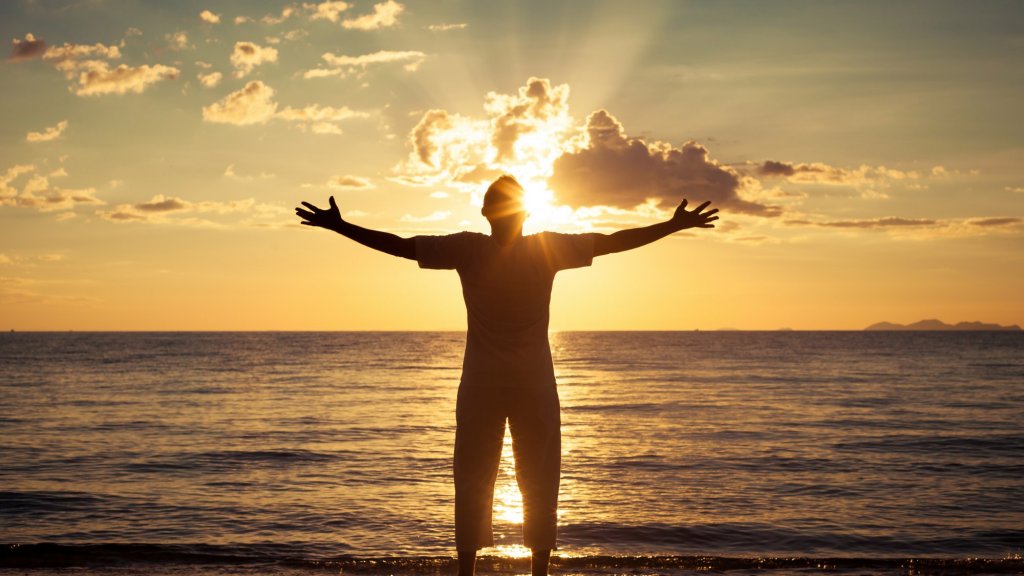 If people lack gratitude, they will be constantly attracted to what they do not have while considering the blessings they have to be of no value

People are generally not content with what they have. Instead, they run after what they do not have. Because of this mentality, everyone is leading a life rife with discontent. Someone who appears to be exceptionally fortunate, someone whom others envy, is as discontented as those who covet him. Be Content With What You Have

Everyone has received some or other blessing. But if a person lacks gratitude, he will be constantly attracted to what he does not have while considering the blessings that he does have to be of no value. In such a case, he cannot experience gratitude to God, and he is denied the most important thing he should nourish in his heart.

God has made this world so that complete comfort and ease are impossible for anyone here. If you run away from a place because of some problem there and go to another place, you will soon discover that there, too, problems exist. If a poor man has issues, a wealthy man has problems, too. If an unemployed person has problems, so does a powerful man. No one is exempt from problems in this world that have been made as a testing ground. Given this, you should face the issues you are confronted with and carry on with your onward journey. Your sole concern should be to acquire God’s pleasure and not to become the master of a problem-free life because that is not possible before the life Hereafter.

So we must shun this attitude and mentality of acquiring as many worldly luxuries and articles as possible. Instead, we must remain content with what we possess. Happiness and everlasting pleasure can’t be achieved merely by gathering all physical comforts, accumulating colossal wealth, and striving to be more powerful than his fellows but by being contented with what one has already in his kitty.

Happiness, peace of mind, and a good sleep can’t be bought from any market, even by selling all your balances and properties. Instead, these blessings, which we value significantly less, can only be acquired by being contented and expressing gratitude to the almighty. A large chunk of wealthy people possessing everything they need in life, from a decent house to a comfortable vehicle, is very poor only because they lack peace of mind and pleasure and suffer from insomnia. And there have also been people we regard even below the poverty line, but they are more affluent than the former because they are contented with what they possess. They are happy with their little earnings and live a princely life. They have peace of mind, sleep well in their poorer homes but more gladly than even the kings, and enjoy life more than their royal counterparts.

Happiness and everlasting pleasure can’t be achieved merely by gathering all physical comforts, accumulating colossal wealth, and striving to be more powerful than his fellows but by being contented with what one has already in his kitty.

If we read and analyse the life history of our saints and noble souls, we conclude that everlasting pleasure can only be acquired in contentment rather than in wealth and wealth. Living a life of simplicity, spending not beyond your earnings, and being contented with your sources can make you a powerful, happier, and noble person. In our day-to-day life, we see people running a rat race of gathering massive wealth by whatever means to impress their fellows, spending money unnecessarily on marriages and other functions of their children though not affording and even admitting the wards in costly coaching and academy centres only for the show. It doesn’t bring them any ease in their lives. Rather, more impediments and difficulties stand in their ways of living a prosperous life. The dividends we get in simplicity can never be achieved through a competitive mentality of acquiring what we lack and what our relatives, friends, and neighbours possess.

Many families have been destroyed, the career of hundreds of children has been ruined, and the future of our youth to has been put at stake by the parents only due to this game of discontentment. Sometimes brilliant and genius people manage to get an ordinary-class 3rd or 4th job. When they see high-profile chairs and offices being held by obtuse and dull persons, instead of being patient, they become the victims of discontentment. As a result, they suffer from depression, lack interest in life, and discolour their and their parent’s lives.

Similarly, men having big businesses and occupying vast lands and other properties still feel displeasure for want of a meagre government job. Trying to imitate the lifestyle of others, feeling envy at their bigger possessions or status, and feeling disgusted with one’s self can only shatter dreams and ruin his future. The only way to get some relief and feel pleased is to be contented with your possessions and status.

Society must also play a positive role in shaping and bringing the desired changes to the community. It shouldn’t give respect and honour to people merely for their bigger possessions and status but rather for their service to the community and humanity. It hardly makes a person respectable in society who owns big shopping malls, big businesses, or industries/factories and holds a higher rank in government. Still, the one feeling the pain of his fellow beings and keeping himself always ready for social service and help of the people is really entitled to honour and respect.

When society stops respecting people merely for their possession and status rather than honour people on their merit and integrity, there will definitely be a change in people’s thoughts. They won’t feel resentful for being lesser rich, occupying lower status, and economically weak. Still, they will enjoy living their own austerity life, free from mental burdens and societal chains.