Home » The Question of Road Safety 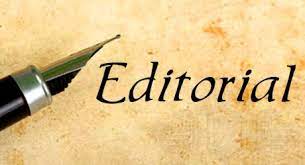 Since the start of the twentieth century, the role of private vehicles has become vital, though it is equally controversial. They are used throughout the world and have, over the years, become the most popular mode of transport in almost every country and city. The same is true with Jammu and Kashmir. Despite the positive effects of access to remote places and mobility and the comfort provided by a private car, its adverse effects on everyday life are not any less.

The negative consequences of heavy automotive use include the use of non-renewable fuels, a dramatic increase in the rate of accidental deaths, a rise in obesity and cardiovascular diseases, and the emission of air and noise pollution. Interest in cycling, which was very common among the masses and had a great positive effect on the health of riders, has dropped dramatically. The car has evolved beyond being a means of transportation or a status symbol. It has become a subject of interest and good lifestyle amongst many people in J&K.

According to a report, the number of vehicles in J&K has doubled in seven years, from 12 lahks in 2015 to 24 lakh in 2022. The exponential increase in vehicles has increased inconvenience for people. The roads are congested with traffic, and the rate of accidents is growing drastically. As per the recent government data, the number of people dying in 5189 road accidents in J&K in the first ten months of 2022 is 677, whereas the number of injured is 7152. Of the total accidents reported in the first 10 months, 545 were fatal, and 4644 are non-fatal. If the number of vehicles keeps increasing on the roads, problems like air pollution, noise pollution, accidents, etc., will only aggravate.

Besides, the unchecked growth of transport can also significantly impact our surroundings. Making automobiles consumes a lot of energy. Automotive production leaves a giant footprint because materials like steel, rubber, glass, plastics, paints, and many more have to be created before a new ride is ready to roll. Similarly, the end of a car’s life in factory doesn’t mark the end of its environmental impact. The smog, carbon monoxide, and other toxins emitted by vehicles are hazardous for humans who breathe the polluted air directly into their lungs. Undoubtedly, the electric-powered vehicles that have lately hit the roads can help reduce environmental impacts because they don’t burn fossil fuels. Still, we must see how effective and successful those vehicles will be in a cold place like Kashmir. This process is yet to come out of the trial.

To address these problems, the government should impose strict traffic regulations, make owning private vehicles costly, and increase taxes on car sales to a staggering height. Car manufacturers should invest in environment-friendly solar or hydrogen-powered vehicles to reduce the negative impacts of cars on the environment. This will make the roads physically and environmentally safer for commuters and pedestrians.