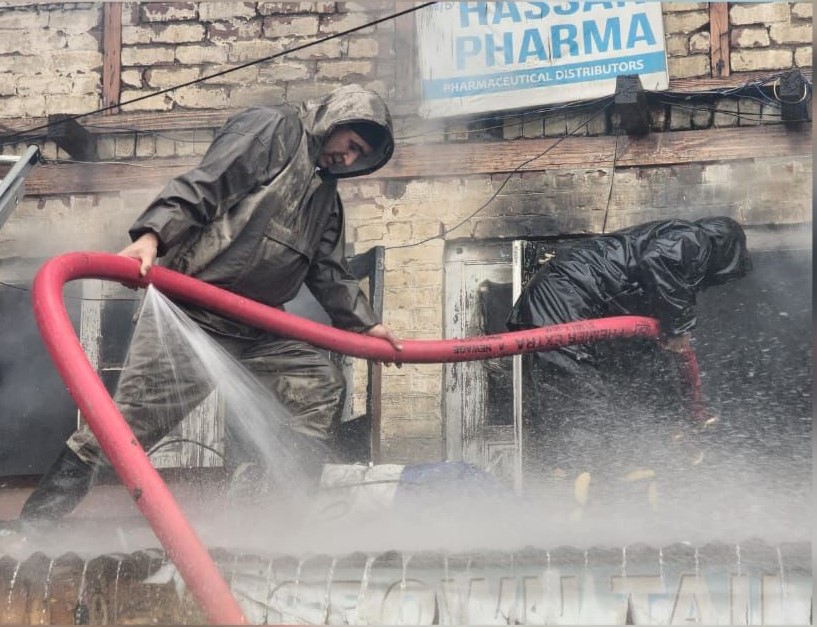 Srinagar, Dec 09: A pharmaceutical godown was gutted, while a residential house and hotel were partially damaged in a fire incident in Rajbagh area of Srinagar on Friday afternoon.

An official said that two firefighters were also injured during fire-fighting operations.

He said both the injured were rushed to a nearby hospital for treatment.

The official said the fire broke out inside a house that was being used for commercial purposes to store pharmaceutical products.

He said in the incident, the godown was gutted, while two nearby houses and a hotel were also damaged.