Home » In Search of Lost 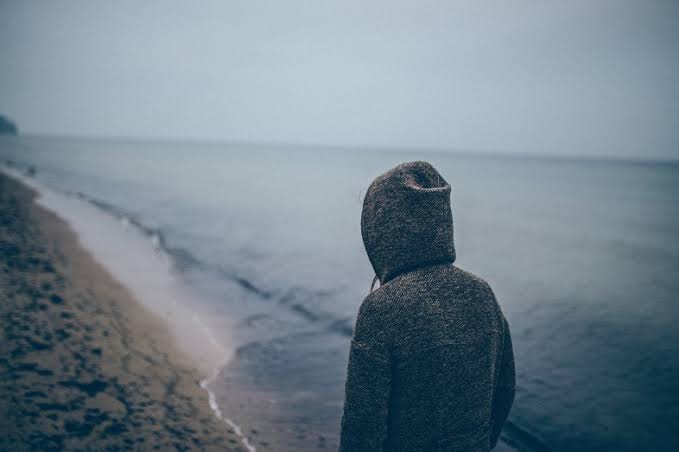 This relationship is unique in its ways and means as the partners involved are either getting engaged knowingly or unknowingly, which develops a bond forever.

Universal complexity is well known to humanity through years of hard work and dedication since the inception of Makhluuk, or living community on the earth. All living creatures survive on non-living resources and create an interdependence linkage with one another with harmonic balance in eternity. The study of this harmonic balance compels one to pause on the relationship among factors necessary for the whooping universe to function. Logically the question leads one to an analytical resolution where the common stand arises above religion to believe in some supernatural power at the back.

The universe, as it is known and believed, is a complex whole beyond the understanding of man. But the consensus on its hidden power is a well-established reality in contemporary times. To some, it is Allah, while others believe in Baghwan or so and so. That’s to say, the common belief of humanity, barring minuscule atheists, is the presence of Allah behind the wonderful creation of the universal complex.

Human beings transcended barriers of barbarism and jungle life quickly and modified how they lived to evolve a life worth living. It is this space of contextual dimension where the LAW arose to place of prominence to satisfy the test of time. Ancient societies thrived on the saga of MINE AND THINE despite relying on coordinated efforts in a specific community. This rhetoric changed its fate for a better and more organised space of thinking in what is now called the RULE OF LAW over the rule of power.

However, the informal way was present already in place to what suited human beings in the context of time. To its place, RELIGIOUS sanction thoroughly touched the dimensions of WAY OF LIFE in a threadbare manner. This dimension got the sobriquet of the personal law of each community attached to a particular religion. As an analogy, we have MUSLIM personal law, HINDU LAWS, and many others. Here the task is to bring to the fore the intricate relationship between marriage to its superset Culture. Culture is synonymous with the WAY OF LIFE in a layman’s language. Culture includes the multi-dimensional manifestations of human beings touching their activities in a much more comprehensive manner than one would expect it to be.

These days, the swanky element of relationships is the absolute mismatch in ideals for the truthfulness and the essence of love. The grave and disastrous state of the relationship, as found these days, is correlated with the element of infatuation and attraction for a physique that contradicts the guiding principles. Urdu poet laments,

which nearly translates to all those who are seeking physical satisfaction in the relationship doesn’t understand the essence of love itself.

The tragedy of contemporary relationships is a lack of essence for the immortal soul against a person’s outlook. This way of setting a relationship with a beloved is binding string touching only the taste buds of a person without true essence. This contrasts with what really matters for the ideal relationship. This drastic fall is correlated with certain revolutionary ideologies, which turned things upside down and ruined the sacredness of relations. The initiation of liberal ideology and mentality has benefited greatly on one side but has taken a heavy and irreparable toll on human relations.

The saga of terming every relationship as a business transaction has usurped the ideal relationship meaning. Materiality in the present era has dominated real spirits and instincts. It has siphoned away the morals and ethics of human relations and alienated the social virtues from man’s personality. Society provides the raw material for building good credentials for man. Nowadays, society is enthralled with bad virtues for human relations, which are viewed via prism of profit and loss. The continuation of right and wrong has seen a sharp fall on the eve of the 21st century due to the rise in material status of society. A society that teaches the person pornography and extreme liberty in personal affairs is not expected to bear the fruits of ethical relationships.

Life is a succession of lessons that must be lived to be understood, is the universally quoted dictum. The actual manifestation is how we adopt the ideal and the chance we provide for its success. An ideal until its practicality can’t be denounced altogether. Having said that ideal world is a world where fault lines come across severe criticism. They produce and get reproduced after rigorous back-and-forth analyses. For the sake of simplicity, the ideal of Ramarajya always seems good in all the circumstances in all ages in all classes of society, but the way of its operation may not support the cause since the prevailing friction wouldn’t prove it effective due to the conflict of ideals itself. The way of relationships between and among individuals in society became arduous.

The complexity of the functional hierarchy made social stability a vulnerable variable. This connotation accumulated challenges as the continuous rise in social functions makes society vulnerable to friction. Ancient Great Plato thoroughly analysed this division and dichotomy through the prism of Idealism. Lexically it translates to “the property of a person of having high ideals that are usually unrealizable. However, the correlation of this concept in a socio-political dimension was elaborated differently by Plato. He presumed the Idea to be base of all things in practice. Every Realistic action on the ground is preceded by the Idea of action in man’s mental world. Simply saying if we have to improve Governance in real terms, we need to improvise the Idea and then apply the modified version on the ground.

Plato’s Idealism initiated a new school of thought to what is termed the School of Political Philosophy in the present context. In Lexicography, Idealism is antagonistic to the Realism of Plato’s pupil Aristotle the great. Is it antagonistic? Can’t dichotomy be alleviated? Was friction present in all ages? These sets of questions, in common parlance, mandate a thorough analysis. The cornerstone of Idealism is rested on the belief that the Physical world is a manifestation of the Ideal world. The physical world prevailing in and around us is shaped and reshaped in the world of ideas.

Whenever man embarked on an ambitious journey, mental pursuit always accompanied him. It guides and nourishes the physical parts of a man in their orientation to rational inquiry. The story of Yawar and 1925 proved the point of peace and stability in our relationship as the main condition for rational advancement. The reign of 1925 proved the patronisation of artistic faculty (Mental peace) is intricately linked to my present and future. You provided an atmosphere of peace through various strategies for nourishing the artistic mind.

In the contemporary era, reading your messages and footprints is a panacea. If the advancement of me Yawar khan is supported by good mental health, any task, howsoever big it may be, is within reach. In our backyard, the WW, both 1925 and Yawar, is boiling with a steep ladder of failure, which impacts the Mental balance of our future. These out-of-control conditions should be brought on track for normal functioning. Otherwise, dangers loom large. We have to pay for this erosion of mental peace with the massive amount. Mental depression without cause may evolve into a volcano in the future. Let’s be awakened and get a reunion.

To sum it up, the contrast and convergence of Ideal and Real will sustain the course of human history. They both are part and parcel of human life. They help one another resolve conflicting claims for the evolution of society where individuals reach their real existence, physical and spiritual. Reality confirms its ideal sometimes and denounces it other times, and there seems no end to this conflict. The solution always lies in compatibility between two concepts which applicable. The son’s hindsight is the father’s foresight. The idealistically real fact of life.

One must adore the existing period and live it with enlivened spirit for a good experience. In a literal sense, what is set for our fortune is penned on the face of destiny, which is eventually one day. Let ourselves live by facts and accumulate good experiences. After all, I plead guilty, and I feel apologetic for all my ill wills, foes, and blunders I have been through. Kindly come back if possible am nothing without a soul dwelling inside your body.