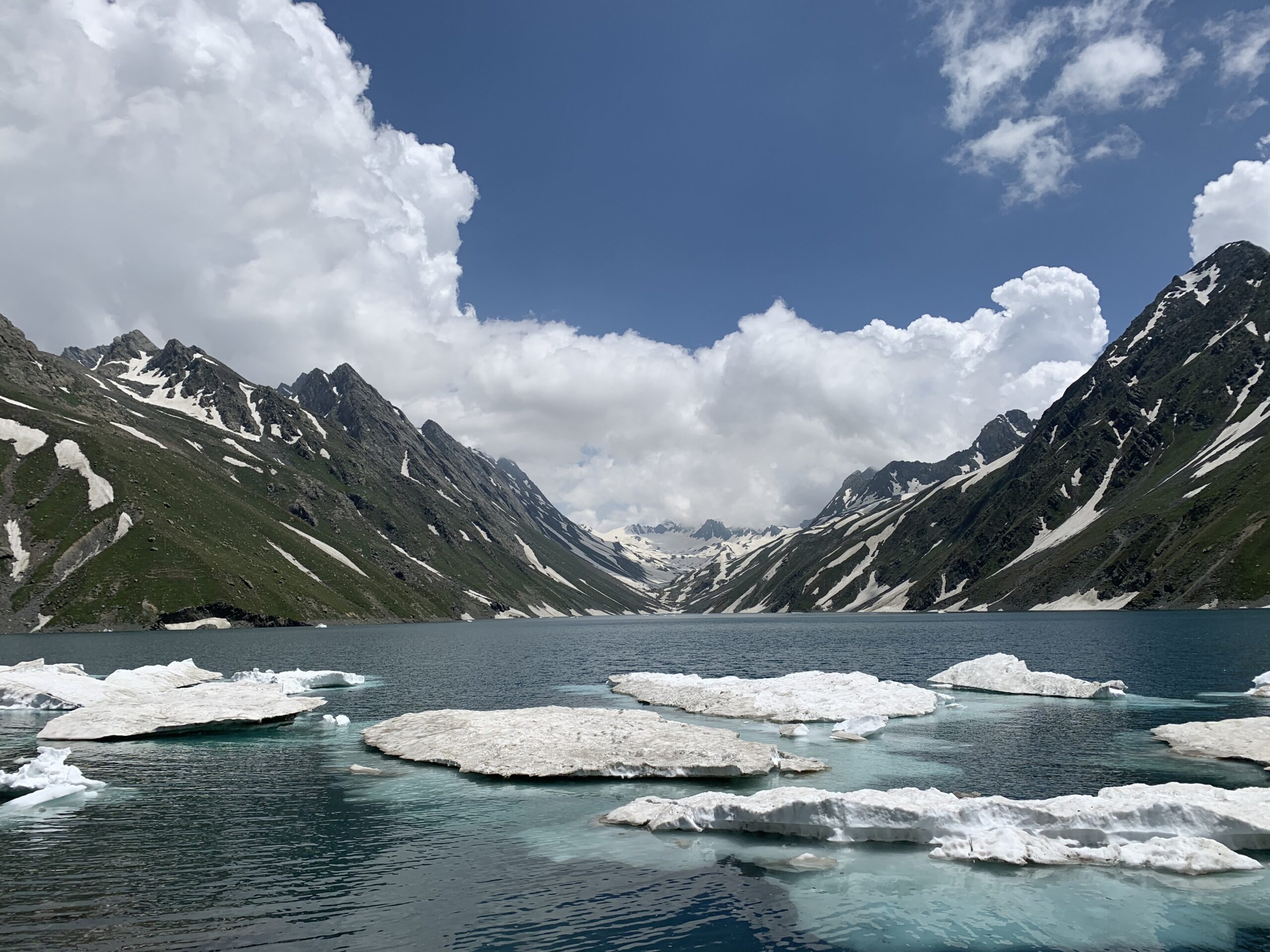 Unregulated influx of hikers poses a grave threat to the eco-sensitive alpine regions of Kashmir. In absence of regulations, experts warn that human footprints may have disastrous environmental consequences for the region in coming years.

In an important turnaround, the efforts of the Union government and J&K administration seem to have borne fruit this year, with more than 16 million tourists visiting the union territory. The record-breaking footfall, which is the highest in 75 years, signals the revival of J&K’s fledgling tourism industry which had been lying in shambles since the past three decades.

For industry watchers, the record number is a major breakthrough in putting the union territory on the itinerary of holidaymakers and adventure lovers for whom Kashmir is a dream destination which can rival places like the famed Swiss Alps. If the situation remains calm, the numbers will only increase in coming years, which could take J&K’s economy to an entirely different level.

But the heavy influx of tourists, especially those visiting Kashmir to embark on mountain hikes, also poses a threat to the fragile environment of Jammu and Kashmir, which is located in the lap of the Himalayas. The effects of climate change are already showing in the region. Untimely weather events wreaked havoc on the crops this year while the Himalayan glaciers continue to recede, shaking the very foundations of the ecosystem that sustains J&K and particularly the Valley of Kashmir.

According to official sources, more than one lakh trekkers, most of them tourists from different parts of the country, undertook the picturesque and sometimes rugged mountain trails which lead to the innumerable alpine lakes nestled in the Valley’s higher reaches, from which the abundant water resources of Kashmir originate in the form of rivers and lakes.

Some of the trails which are popular among adventure tourists and hiking enthusiasts include Tarsar-Marsar, Kashmir Great Lakes, Tosamaidan Great Lakes, Hirpora Lakes, Durinar Lakes, etc. in Pir Panjal and Lidder Valleys, some of which are located at over 4000 metres above sea level.

Untimely weather events wreaked havoc on the crops this year while the Himalayan glaciers continue to recede, shaking the very foundations of the ecosystem that sustains J&K and particularly the Valley of Kashmir.

What has ringed alarm bells in the tourism department is the scale of pollution caused by the unchecked and unregulated access of hikers to the eco-fragile places in Kashmir’s higher reaches, which officials and experts believe will damage their ecosystem in the longer run and may even trigger glacial lake outbursts, as was witnessed during the recent flooding in the Himalayan region which submerged one-third of Pakistan.

“Some non-local companies have turned these eco-sensitive places into commercial holiday spots, which has not only ruined the natural beauty of these places but it also puts pressure on the environment there due to increase in carbon footprint and unchecked littering,” said Riyaz Lone, owner of Kashmir Hikes, a travel company which organises net-zero hiking adventures in south Kashmir.

Admitting the loopholes, the Director of Tourism, Kashmir, Fazl Ul Haseeb, said that there are guidelines for mountain trekking, “We instruct the tourists and other people to carry back the trash items while completing the trek. Obviously, these are high mountains, and sometimes the regulation remains ineffective.”

He said that the department could deploy an enforcement team along the mountain trails, “But that will also hamper the tourists, and we don’t want to disrupt the experience of tourists. This year we are trying to draw a strategy including cleaning all the high-altitude lakes on World Tourism Day. Around 25 trash bags were extracted from these places so far,” he said.

According to environmentalists, access to Kashmir’s alpine areas needs to be regulated by making it a pricey affair, as is the case with the Swiss Alps of Europe. This, environmentalists believe, will not only discourage ordinary visitors from embarking on hiking expeditions to the Valley’s eco-sensitive mountains, but it may also fetch good returns, which can be used for protecting these places against the effects of climate change.

“The Himalayan ecosystem has already deteriorated due to the impact of climate change. Increasing human footprint and unscientific disposal of plastic and polythene waste will further increase the temperature in these areas and contribute to the melting of the glacial mass, which can have disastrous consequences for Jammu and Kashmir,” said an environmentalist at the University of Kashmir, who didn’t want to be identified.

Haseeb said that the tourism department is working on a strategy to regulate the flow of adventure tourists to high mountain treks. “One of the guidelines will be their consent on the declaration form to follow the guidelines so that some sort of accountability is restored,” he said.

The unchecked influx of hikers has also put the rare and endangered Himalayan herbs and flowers at risk of complete extinction. In the recent past, the J&K police has arrested several persons along with dozens of kilos of precious herbs which are used in the treatment of deadly diseases such as cancer. According to nomads, the herbs extracted from Kashmir’s mountain ranges, which are also used in Chinese medicine, are smuggled to other parts of the country.

“If you happen to visit Sonamarg during the autumn, you will see dozens of local horsemen coming down from the mountain trails. Their animals are loaded with gunny bags containing precious herbs. Sadly, the tourism department has turned a blind eye to this menace,” said Abdul Majid, who migrates to the higher reaches of Yusmarg during summers for grazing sheep.

Riyaz believes that the government should rope in nomadic people and grazers to act as custodians of the mountains by paying them small incentives, which will end the smuggling of herbs and protect Kashmir’s higher reaches from rampant vandalism in the longer run.