Home » The Question of Women Safety 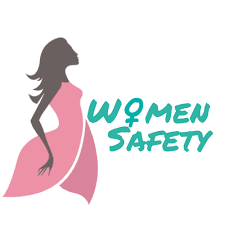 Violence against women is defined as any act of gender-based violence that results in or is likely to result in physical, sexual or mental harm or suffering to women and girls. This includes threats of such acts, coercion, or arbitrary deprivation of liberty, whether occurring in public or in private life.

Violence against women encompasses, but is not limited to, physical, sexual, and psychological violence occurring in the family or within the general community and perpetrated or condoned by the state.

Despite many initiatives being taken by every society in the world, women’s safety has remained a distant dream. Even in this 21st century, women are being harassed in broad daylight. With every passing day, we hear about various tragic incidents committed against women.

Over the last few decades, our country has witnessed phenomenal growth in crimes against women, and the same is the case with Jammu and Kashmir. In a recent revelation by the National Crime Records Bureau (NCRB), the crimes against women in Jammu and Kashmir recorded an increase of 15.62% in 2021 compared to the preceding year, with more than 7,000 people being arrested.

It is unfortunate that despite these gruesome crimes, the conviction rate remained low as only 95 people were awarded sentences, while cases under investigation touched 6,275 by the end of last year. These include 2,329 cases pending investigation from 2020 and nine cases that reopened for investigation.

According to the 2011 census, there are 64 lakh women in Jammu and Kashmir, and the crime rate per lakh population in 2021 stood at 61.6. The report said 315 cases of rape, 1,414 incidents of the attempt to rape, and 14 dowry deaths were lodged in 2021, and incidentally, 91.4 percent of the accused involved in rape were known to the victim.

In our social, cultural, and religious milieu, a woman has been given a special status and respect. Still, the irony is that every man preaches responsibility, but very few people are fulfilling their duties toward women’s safety.