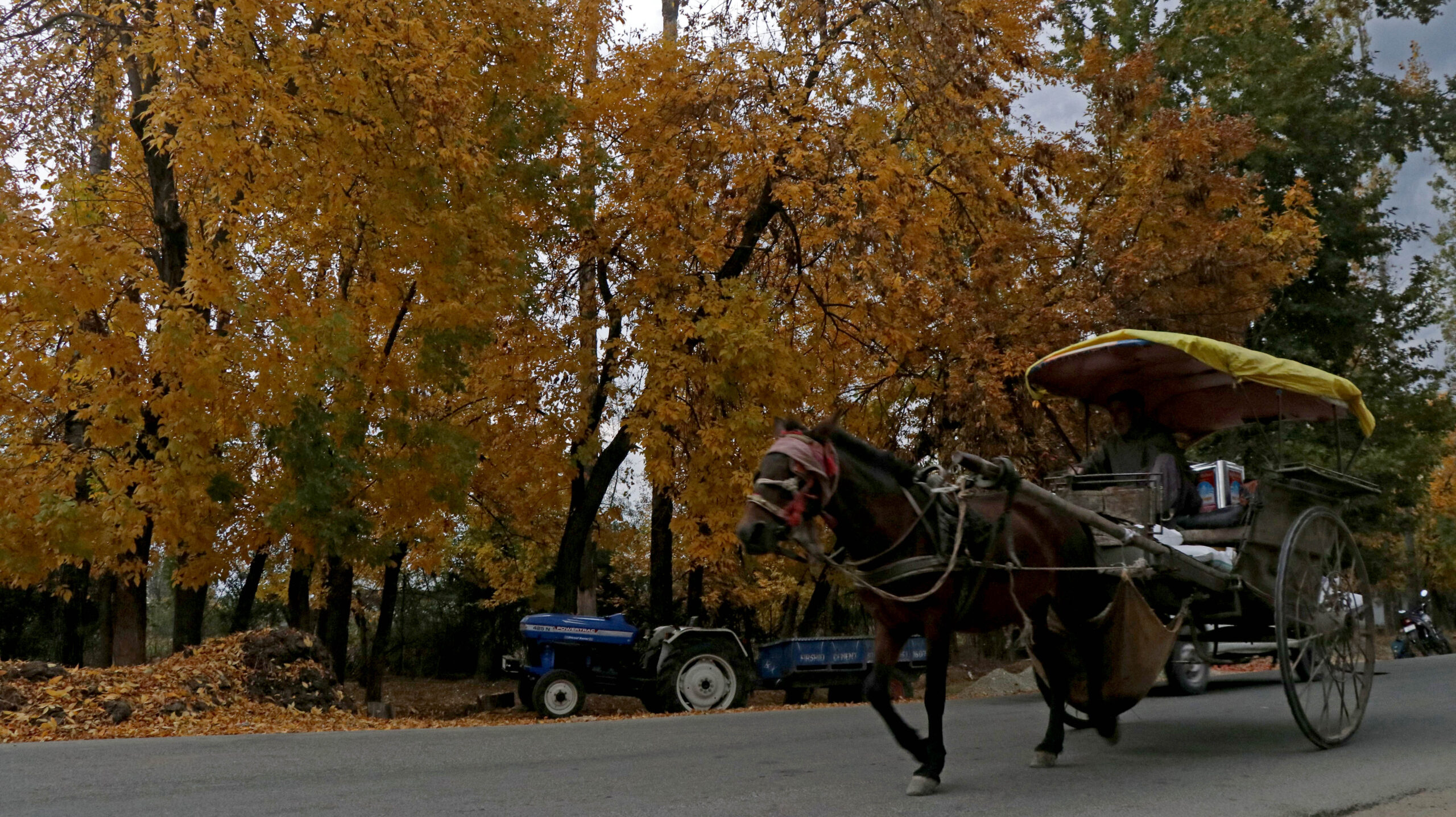 The advent of motor vehicles has made Kashmir’s tonga transport an unsustainable business. A policy intervention is needed to turn the tonga ride into a leisure activity for tourists.

Rebranding Tongas: Before the advent of motor vehicles in Kashmir, water and tongas were the main source of transport. While water transport has nearly ceased to exist, the tongas have also been restricted to small towns like north Kashmir’s Sopore.

During the pre-partition era, an Ekka (single-horse carriage) was used in Kashmir, which could accommodate only two passengers. It would carry passengers from Rawalpindi to Srinagar via Dumail. Around the 18th century, Ekka was modified into tonga, which could take in four passengers.

“Horses used in tonga were brought from Peshawar while the cart was made in Amritsar. These tongas were traditional modes of transport not only in Sopore but in the entire subcontinent,” historian Zareef Ahmad Zareef told Kashmir Scan.

He said that the tonga business witnessed a boom after the arrival of the British in the subcontinent. In 1890, the British missionary and educationist Cecil Earle Tyndale-Biscoe was the first person to get a bicycle to Kashmir valley.

On the Verge of Extinction

People associated with the tonga business allege that the administration is trying to shut down an ancestral mode of transport, citing frequent traffic jams caused by the presence of tongas on roads and the pollution arising out of horse manure.

“Our livelihood depends on these tongas. We hardly earn Rs. 200 to Rs 400 per day. The admin is after us. They want to ban us. We cannot afford automobile vehicles, and they are expensive, and we have no driver licenses either,” said Nazir Ahmad, a tonga owner of Sopore.

“In 1993, 2 BSF officers posted in the town asked the Tonga owners to tie a piece of cloth to the back of the horse so that manure does not spill into lanes and bylanes of Sopore.”

The absence of measures to manage horse manure has also been a pressing issue for the townspeople. The local municipality fails to clean the town on a daily basis due to its own limitations, turning the lumps of horse manure into a headache for the locals.

“In 1993, 2 BSF officers posted in the town asked the Tonga owners to tie a piece of cloth to the back of the horse so that manure does not spill into lanes and bylanes. However, the strategy worked only for a few months because both the officers were transferred out of the town,” Rayees Ahmad Kaloo, a social activist, told Kashmir Scan.

Locals believe that a tonga ride should be turned into a leisure activity which will also add another feather to Sopore’s cap.

“Some months back, our relatives from Srinagar visited us. Like tourists who go to different places, they had come to Sopore only for a tonga ride. A tonga is a potential tourist attraction. The administration should turn tonga business into a leisure activity for tourists,” an employee of a Bangalore-based firm, who works from home these days, told Kashmir Scan, requesting anonymity.

He said that if places like London can promote tonga culture there, Kashmir should not fall back. “All those places in London have been turned into tourist places. If they can do it, why can’t we?” he said.

Rayees has been a vocal opponent of tongas in Sopore. However, he also believes that a Tonga ride should be turned into a leisure activity for tourists. Locals believe that the tonga is an identity of Sopore, and the administration should not abandon this relic from the past.

Sopore is an economic hub in north Kashmir which connects three main districts of north Kashmir – Baramulla, Kupwara, and Bandipora. However, the tongas do not contribute much to the town’s overall economy.

“Tongas have been restricted to transporting fruits from orchards to the main mandi. Most of the time, these tongas work as load carriers. When there is no fruit season, then only they are used as a means of transport,” Rayees said.

Ejaz Ayoub, a student of economics, who lives in Srinagar, said that the policy of the government, the efficiency of tongas, and market forces would determine the future of tonga owners.

“Sometimes the administration will allow tongas on roads, and other times it may impose a ban. Efficiency is regulated by speed, comfort, and convenience, where tongas fail to deliver. However, they are eco-friendly and decoupled from fuel prices which is their biggest advantage. In the end, the approach of the government will determine the future of tongas,” he said.

“Unlike modern automobiles, tongas have been effective along difficult terrains and during snowy conditions. But given the shrinking revenues and the costs in terms of owing the tonga, the per-hour wages are getting lesser compared to other labour forms in transport. Then there is also the issue of dignity. New generations are highly unlikely to follow in the footsteps of their predecessors, and tongas may meet a silent death very soon,” he added.