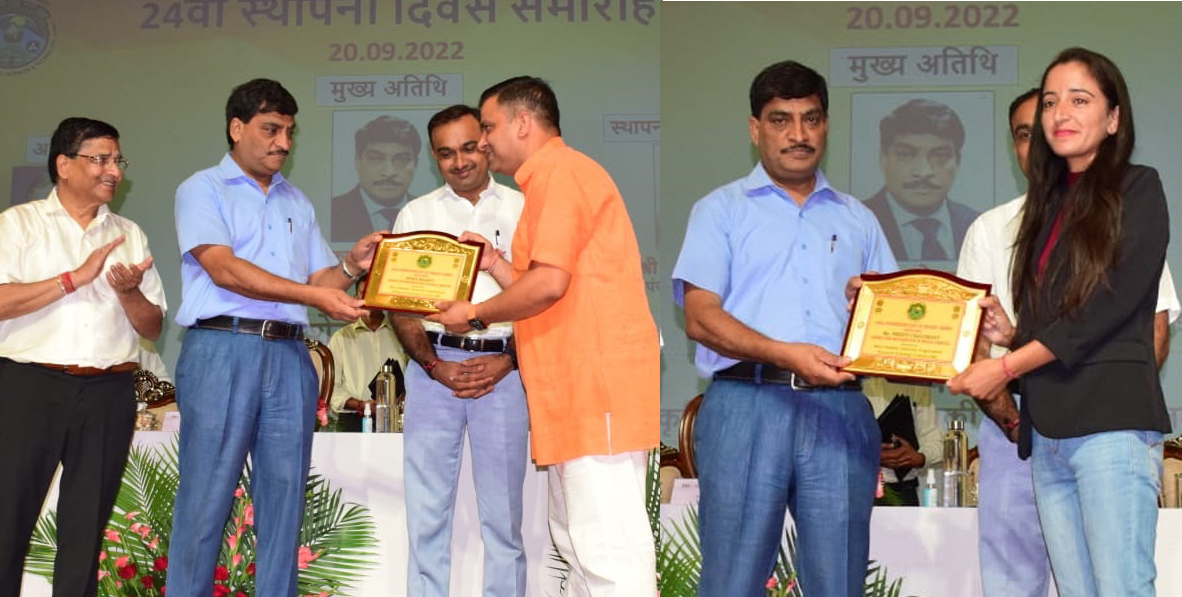 “J&K has climatic conditions, other potential to become agri-capital of India”: Chief Secretary

In his address, the Chief Secretary said, J&K has favourable climatic conditions and immense untapped potential in the agriculture sector and with the right approach and endeavours, it can easily evolve as the Agri-capital of India.

The Chief Secretary underlined that around seventy percent of the population of J&K depends directly or indirectly on agriculture for their livelihoods. Development and promotion of the sector is vital for the prosperity of its people, he said.

Dr Mehta highlighted that J&K stands top among other states in farmer-household income and called for further exploring ways to increase it. Due to the fast paced development done in the UT since 2019, we already stand among the top five states in various sectors, he added.

Elaborating on novel initiatives, the Chief Secretary said that farmers have been provided Soil Health Cards and are accordingly provided expert advice on farming.

He also detailed digital platforms like Agristack and unique farmer IDs being implemented in the UT. Parvaaz scheme is helping our farmers export their farm produce abroad on subsidised rates, added the Chief Secretary.

Dr Mehta called upon experts to help improve crop intensity to 2.5 crops per year through various interventions. He also encouraged participation in the Millet Mission of Government of India and increased production of oilseeds and pulses in J&K.

He suggested undertaking rain water harvesting projects under MGNREGA in Kandi belts of Jammu region and boosting suitable crops there.

Chief Secretary hailed agriculture as a special and unique career pursuit of life. “We are proud of our farmers and must start campaigns to acknowledge their role in society”, he reiterated.

Prof. J. P. Sharma, Vice Chancellor, Sher-e-Kashmir University of Agricultural Sciences and Technology of Jammu in his address congratulating all the teaching, non-teaching staff and students on foundation day.

He lauded the farmers for their substantial contribution in the agricultural development of J&K.

He informed the gathering that as per NITI Aayog’s yearly survey. Jammu and Kashmir has secured third place in all India ranking in terms of farmers’ family earnings besides stepping up from rank 22 to 5 in agriculture and allied sector ranking within one year.

He said that since its birth in 1999, SKUAST-Jammu has made rapid strides.

While highlighting the achievements of the University Prof. Sharma revealed that the farm University has released 21 new varieties of different crops during the last two years, developed Integrated Farming System Model, established Agri-business Incubation centre for the Start Ups etc.

Padma Shri Prof BS Dhilon, former Vice Chancellor, PAU, Ludhiana delivered “Foundation Day Speech”  on the occasion and said that for the holistic development of agriculture in J&K, the government and both farm universities should focus on recent trends in agriculture development like biotechnology, nanotechnology, digital agriculture, and the promotion of FPOs.

Further, he shared his scientific as well as administrative experience dedicated to the welfare of the farming community.