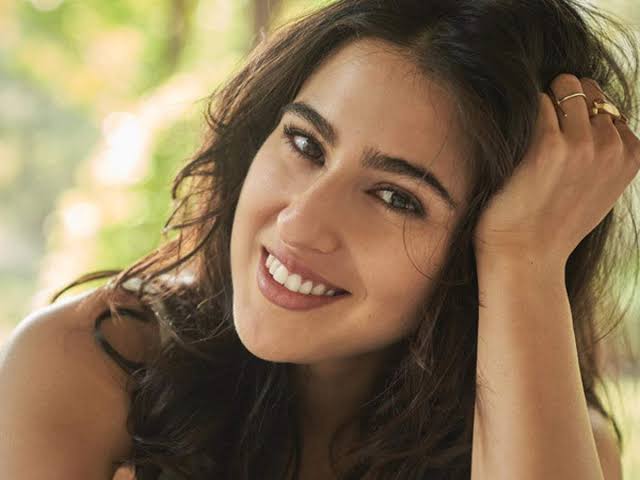 Sara Ali Khan had an early start to her day as she headed to a film set early Friday morning to get cracking on a shoot.

Rocking her trademark white ethnic wear and a large coffee mug in hand, the actress looked cheery as she arrived on-set for the long shoot. On her arrival, the actress was greeted by the paparazzi who were eager to get her photos. However, the actress politely declined and asked the bunch not to click her photos.

“Aap abhi mat aana (Please don’t come here now),” she was heard telling the members of the media, presumably to keep her look for the shoot as a secret.

On spotting the actress talking to the crew members, the cameramen asked the actress to pose for a few shots, to which she once again declined.

This spotting comes after the actress was spotted on a night out with her friend. To everyone’s surprise, a video of the star entering a restaurant went viral for the wrong reasons with some netizens claiming that the actress touched a security guard inappropriately.

On the work front, Sara will be collaborating with Karan on 2 films. She will next be seen in Laxman Utekar’s untitled directorial venture, opposite actor Vicky Kaushal. She is also a part of Pawan Kriplani’s ‘Gaslight’, alongside Chitrangada Singh and Vikrant Massey. By – ETimes.in