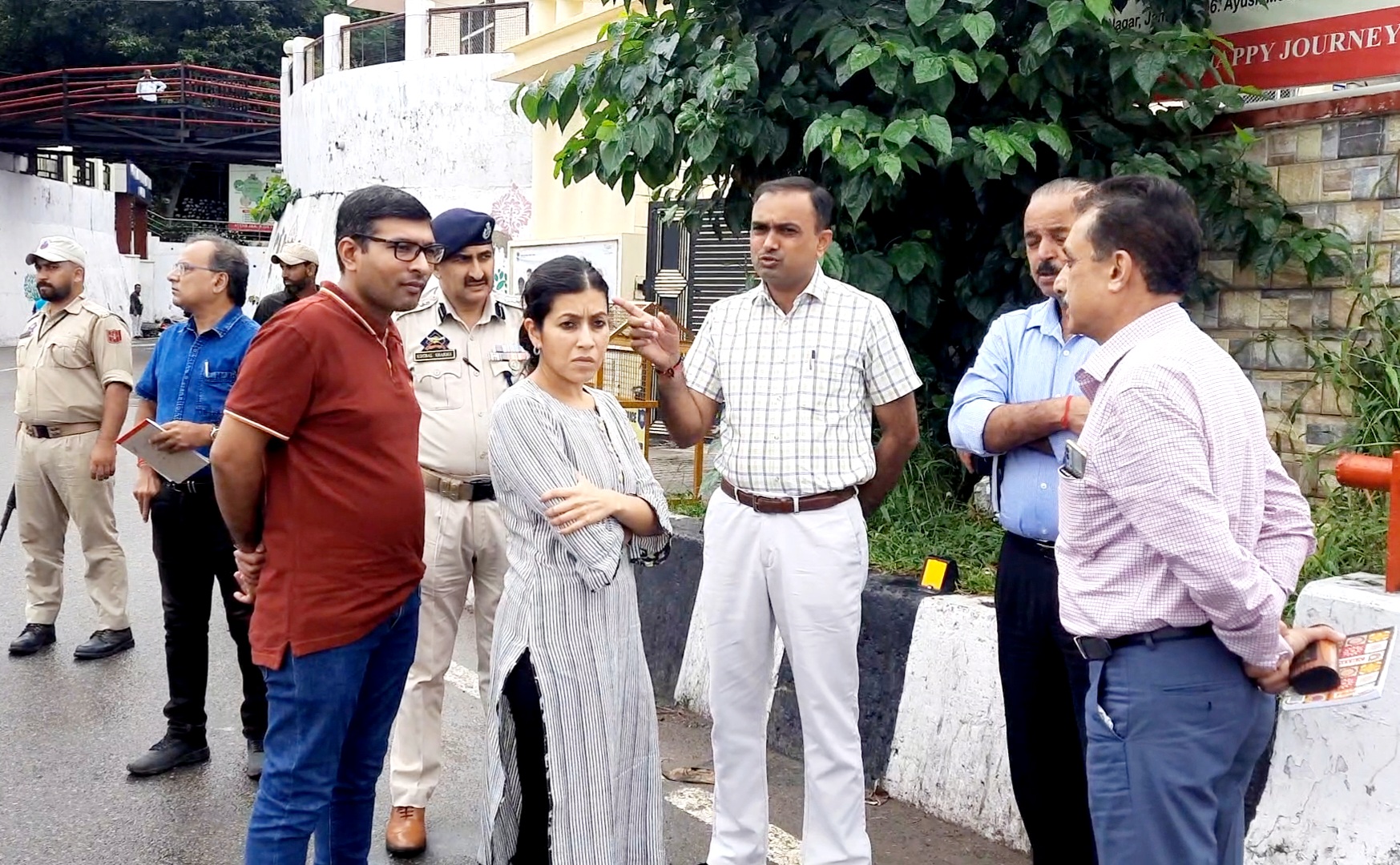 JAMMU, SEPTEMBER 25: Divisional Commissioner, Jammu Ramesh Kumar on Sunday conducted an extensive tour of Jammu city and inspected the sanitation services and condition of roads in different parts of the winter capital.

At Bahu Fort, the Div Com inspected the arrangements for Navratra festival and progress of ongoing beautification works of the Bahu Fort Complex.

The DC Jammu briefed the Divisional Commissioner about the arrangements being put in place by the district administration Jammu for smooth conduct of Navratra Festival. It was informed that all the arrangements were in place.

The Divisional Commissioner instructed the concerned officers to ensure proper sanitation in the adjoining areas, besides regular lifting of garbage.

While inspecting the works taken up under the beautification project, the concerned officers briefed the Div Com about the works completed so far and ongoing works.

During the city tour, the Div Com instructed PWD Engineers to expedite ongoing repair/ maintenance work for their early completion. He also issued instructions for filling potholes on all city roads, painting on dividers, bush cuttings, and beautification of rotaries.