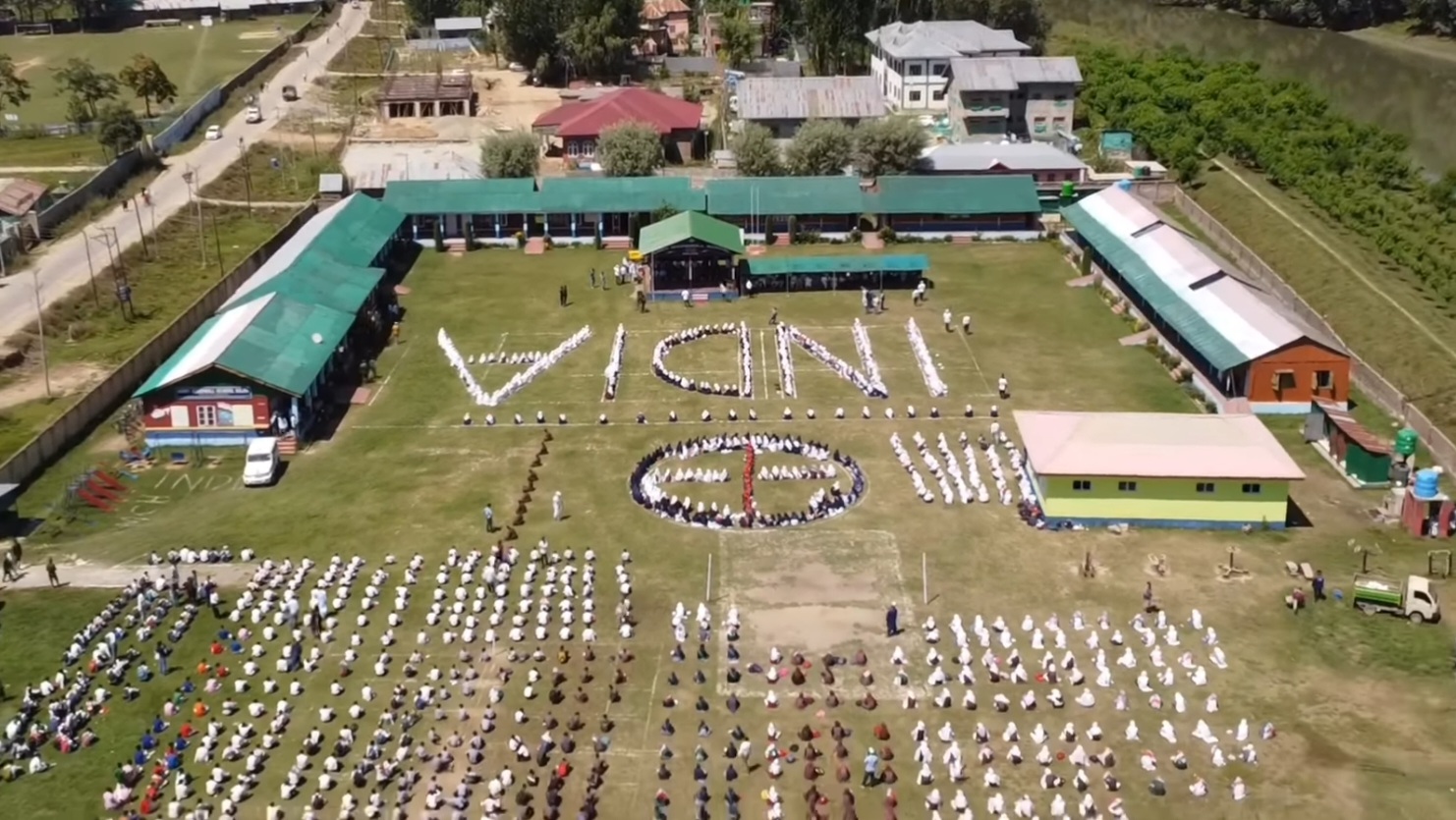 In the run-up to the 75th Independence Day celebrations, the massive show of tricolour in Kashmir points to a remarkable shift from the days when August 15 had become synonymous with shutdown and hartal.

The ‘Har Ghar Tiranga’ campaign to mark India’s 75th Independence Day was celebrated with nationalistic fervour across the country. The unfurling of the national flag became the focal point of celebrations to mark the end of the British and the birth of India as a socialist, secular, and democratic republic.

Independence Day, which is celebrated every year on August 15, is one of the most important events in the country’s social and political history. This year was particularly important because 2022 marks the diamond jubilee of the end of British colonial rule over India.

As a fitting tribute to the momentous occasion, the Union government organised a series of events under the banner of ‘Azadi Ka Amrit Mahotsav’ to commemorate 75 years of freedom and remember the sacrifices of those who laid down their lives to unshackle the country’s chains of slavery.

While a patriotic fervour gripped the country, a remarkable change was felt in the Union territory of J&K. In the not-so-distant past, Kashmir used to commemorate Independence Day as a ‘Black Day.’ All the government offices, educational institutions, businesses, and other establishments observed shutdown, and normal life used to come to a grinding halt.

In Awantipora police district, the birthplace of militant commanders like Burhan Wani and Zakir Musa, nearly 8000 students participated in a ‘Tiranga rally’ ahead of Independence Day.

However, under Lieutenant Governor Manoj Sinha, who has been personally monitoring the implementation of ‘Har Ghar Tiranga’ campaign, the tricolour has flown high in Jammu and Kashmir. Sinha led a walkathon on the banks of Dal Lake in Srinagar in which hundreds of senior civil, security officials, and ordinary people marched with tricolour in their hands.

“The enthusiasm for this public campaign across the different parts of the country is phenomenal,” Sinha said about the ‘Har Ghar Tiranga’ campaign, “And J&K is breaking all the records. The place which used to be in the news for other reasons, over 10,000 people, including children, women, and men, there are holding Tiranga and reiterating their promise of unity with the country,” he said while speaking on occasion.

While it is a routine exercise for the top government functionaries, such as divisional and deputy commissioners, top police officers, and others, to hoist the tricolour on Independence Day, the celebrations in J&K trickled down to the Panchayat level and even schools. All these celebrations, held under the aegis of ‘Azadi Ka Amrit Mahotsav,’ were coordinated and reviewed by Raj Bhawan.

This year, hundreds of thousands of government employees, police officers and officials, bank employees, Panchayat representatives, self-help groups, students, media persons, and even commoners participated in the celebrations, which indicates the remarkable turnaround that Jammu and Kashmir has witnessed following the abrogation of Article 370 on August 5, 2019.

When Prime Minister Narendra Modi issued the call, all the top civil and police administration officials in Jammu and Kashmir, including Sinha’s office, J&K DGP Dilbag Singh, district magistrates, government officials, Panchayat members, and others, changed the profile picture on their social media accounts to the tricolour.

To make the celebrations special, the J&K administration went on a mission mode to undo the damage caused by rapid and unplanned urbanisation by identifying 75 water bodies in the Union Territory that will be taken up for conservation. 75 educational institutions and 75 roads are also being renamed in the name of “local unsung heroes” of Jammu and Kashmir to commemorate India’s independence from British colonial rule.

At the ground level, the government roped in the Departments of Information, Culture, Higher Education, Youth Services, and Sports and School Education along with the representatives of local bodies and Panchayats to distribute the tricolour across the Union Territory. According to officials, more than two lakh flags were distributed in the schools which were made by self-help groups, some of them run by women, to celebrate the 75th Independence Day.

But the most remarkable change was felt at the educational institutions, including schools, in Jammu and Kashmir. In the run-up to Independence Day, hundreds of schools and even the University of Kashmir, organised rallies, seminars, workshops, and skits to honour the tricolour. On Independence Day, flag hoisting ceremonies were organised at educational institutions, which were followed by cultural programs to recall the contributions of great men and women to India’s independence.

Even in south Kashmir, which had become synonymous with militancy, tricolour was hoisted in main markets, government offices, school buildings, and other important landmarks to mark the diamond jubilee of India’s independence from British colonial rule.

In Awantipora police district, the birthplace of militant commanders like Burhan Wani and Zakir Musa, nearly 8000 students participated in a ‘Tiranga rally’ ahead of Independence Day. To recall the contributions of India’s heroes of the independence struggle, the students organised painting, singing, writing and poetry events. Similar events were held in schools in other parts of the Union territory.

These celebrations are in total contrast with the tensions that used to simmer in Kashmir before August 5, 2019, in the run-up to the Independence Day celebrations. The massive show of tricolour in J&K suggests that the ground situation has undergone a remarkable change in the last three years and the union territory is perhaps on the path of peace and progress, and its people are ready to become willing participants in the nationalistic causes.