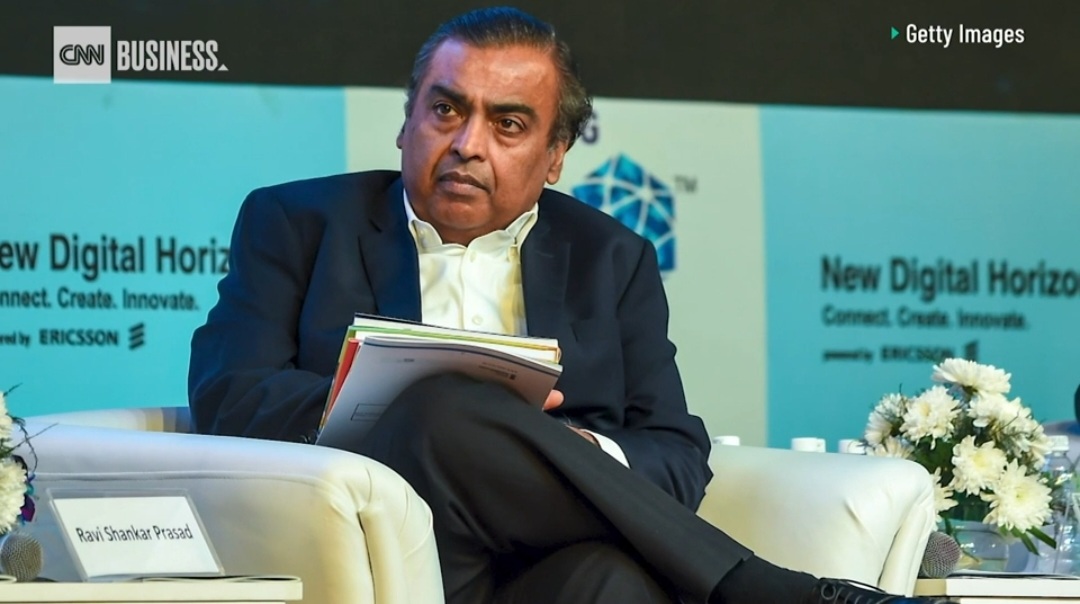 New Delhi: Indian billionaire Mukesh Ambani has laid out plans to hand his sprawling business empire to his children, while insisting he has no intention of retiring any time soon.

Ambani, 65, set out his succession plan on Monday,telling shareholders in his Reliance Industries conglomerate that his three childrenare “first among equals” and are being “mentored on a daily basis by our senior leaders, including myself.”

Ambani, the chairman and promoterof Reliance Industries, has a daughter Isha, and two sons, Anant and Akash. According to the company’s latest filing with the Mumbai stock exchange, “the promoter and promoter group” — which includes Ambani’s wife and children as well as several associated companies— control nearly 51% of the conglomerate.

“Our next-gen leaders are confidently taking over the reins across businesses,” Asia’s second richest man said at the meeting.

While Ambani inherited an oil business from his father two decades ago, he has spent the last few years diversifying into tech, renewable energy and retail. He launched Reliance Jio as a mobile network in 2016. Since then it has amassed over 400 million users and launched a streaming service, a fiber broadband network, a video conferencing app and digital payments.

Reliance Industries is now worth 17.8 trillion rupees ($224 billion), based on its stock market value.

“Akash and Isha have assumed leadership roles in Jio and Retail respectively. They have been passionately involved in our consumer businesses since inception,” Ambani said. “Anant has also joined our New Energy business with great zeal.”
Reliance Retail, which was launched in 2006, is India’s top retailer by revenue and has over 15,000 stores across the country. They sell everything from smartphones to groceries through various eponymous brands, including Reliance Fresh, Reliance Digital and Reliance Trends.

Ambani is the 11th richest man in the world with a fortune of over $90 billion, according to Bloomberg Billionaires Index.

The tycoon said Monday that he isn’t retiring yet, and will “continue to provide hands-on leadership.”

While there has been a lot of speculation in India media about who will inherit Ambani’s empire, this is the first time he has made an official statement on the roles his children will play during the transition.

Ambani’s father, Dhirubhai, died in 2002 without a will. His death sparked a bitter feud between Ambani and his younger brother, Anil, for control of the empire.

Mukesh Ambani ultimately took over the company’s main oil and petrochemicals assets, while his brother assumed control of the newer ventures, including telecom and digital businesses.

The brothers’ fortunes have gone in vastly different directions since then. Anil, once a billionaire, is no longer part of the elite club, according to the Bloomberg index, and his older brotherplayed a big part in his demise.

On Monday, Ambani told shareholders that Jio will invest $25 billion to roll out 5G services across India.

“5G cannot remain an exclusive service, available only to the privileged few, or only to those in our largest cities,” he said. “Within the next two months, by Diwali, we will launch Jio 5G across multiple key cities, including the metropolises of Delhi, Mumbai, Kolkata, and Chennai,” he said, referring to the Hindu festival in October.

The company is also working with Google (GOOGL) to develop “ultra-affordable 5G smartphones for India,” Ambani said. Last year, the two companies introduced an entry-level 4G phone in the country.

Since inception, Jio — with its super-cheap data — has helped bring hundreds of millions of Indians online for the first time. When Ambani launched Jio, India had fewer than 350 million internet users. Now, it has over 750 million.

“We are committed to make India the largest data-powered economy in the world, beating China and the United States,” Ambani said.

On energy, Ambani said that “Reliance aspires to make India a world leader in new energy manufacturing and a credible alternative to China,” and plans to invest nearly $10 billion into clean energymanufacturing. (By Diksha Madhok, CNN Business)