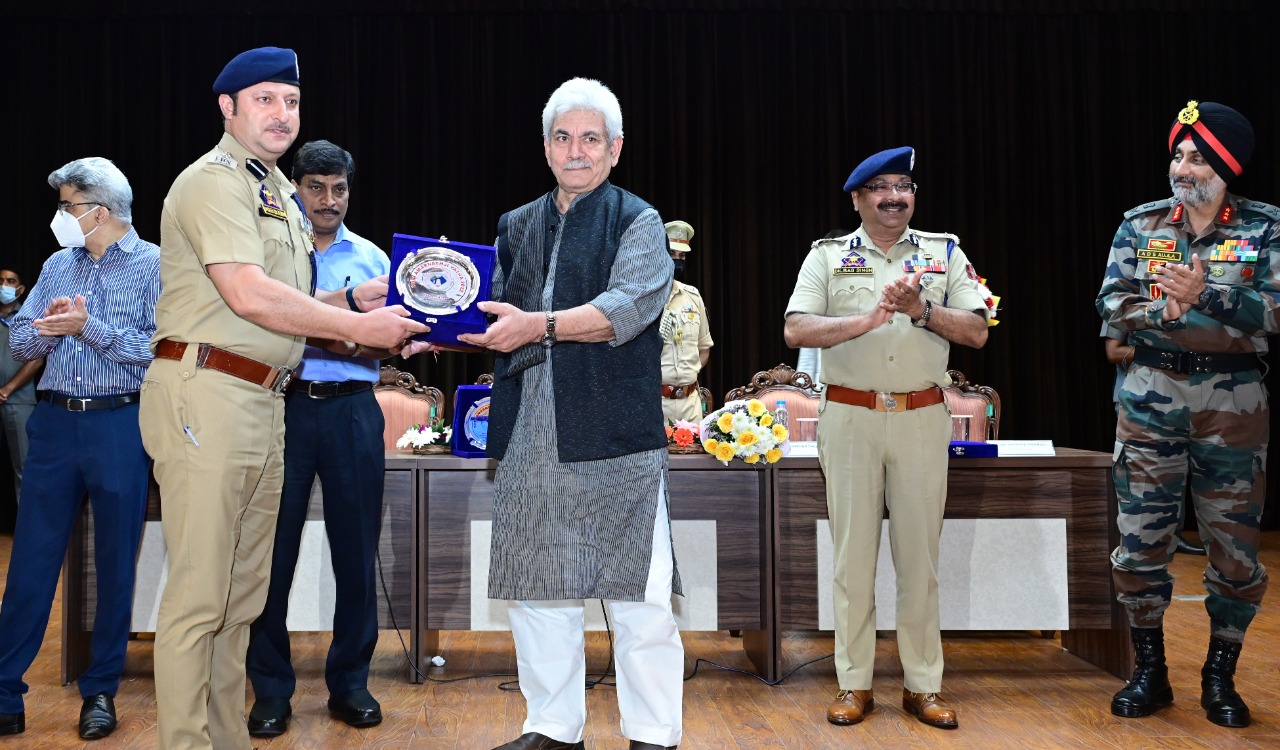 On the occasion, the Lt Governor also expressed gratitude towards the Hon’ble Prime Minister Shri Narendra Modi and Hon’ble Home Minister Shri Amit Shah for all the support and guidance, leading to successful Yatra.

‘Thankful to the people, civil society, religious & political leaders, medical staff, ponywallahs, pithuwallahs, sanitation workers for their support, total dedication to service of pilgrims and ensuring best possible arrangements for their comfort and well being’, the Lt Governor further said.

Underscoring that Shri Amarnath ji’s Yatra is a symbol of the ancient Sanatan tradition of India and one of biggest spiritual festivals for J&K, the Lt Governor said that 1 crore 30 lakh citizens of Jammu and Kashmir have wholeheartedly participated in the Yatra and have set a  new benchmarks of the rich cultural tradition of the UT.

Lauding the officials for their hard work, the Lt Governor observed that the successful event is the result of team spirit, sacrifice and service by all the officers.

The Lt Governor handed over mementos to around 110 Officers for Shri Amarnath Ji Yatra-2022 in recognition of their selfless service.

The Lt Governor said that this successful Yatra has set many new records. Even after being the most weather affected Yatra, around 3.65 lakh pilgrims have successfully performed darshan at the Holy cave owing to efficient planning, immaculate implementation and seamless coordination between all the stakeholders.

Every person and every pilgrim associated with Shri Amarnath Ji Yatra is now the brand ambassador of Jammu and Kashmir and this amalgamation of humanity and spirituality is being discussed in every corner of the country, he further said.

The Lt Governor also appreciated the LG Fellows, PRIs for their immense contribution in this year’s Yatra. The management of cleanliness, water and security has also been commendable throughout the pilgrimage period. The feedbacks we have received from pilgrims are very encouraging, he added.

Dr. Arun Kumar Mehta, Chief Secretary, while speaking on the occasion congratulated all the officers present for seamless conduct of Shri Amarnath Yatra 2022. He also acknowledged the active and vital role of the local people and PRI members in the smooth conduct of the Yatra. He informed that 94% approval ratings were recorded for the Yatra arrangements from the visiting pilgrims.

Sh Rahul Singh, additional CEO SASB briefed about the various initiatives and elaborate arrangements which had been put in place for the successful conduct of the Yatra.