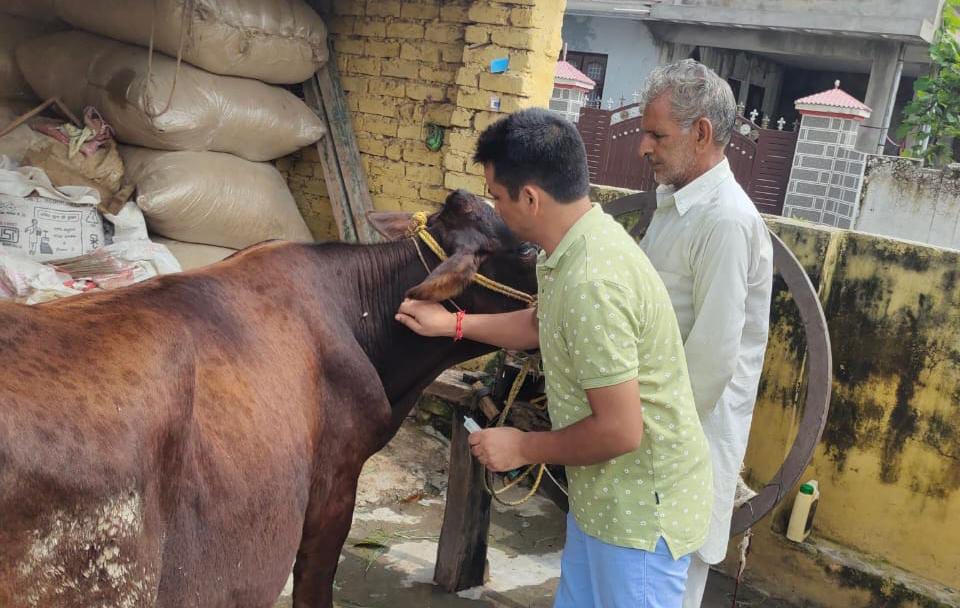 JAMMU, AUGUST 25: Under the supervision of Deputy Commissioner Jammu Avny Lavasa, the District Administration has taken a string of measures to prevent, control and contain the spread of Lumpy Skin disease (LSD) in the animals.

The District Administration has been organising a series of camps, besides providing door to door treatment to the affected dairy animals.

The District Administration has also issued a set of advisory to prevent and control the spread of disease among the animals.

According to a public notice order, an outbreak of LSD among cattle has been reported in several districts.

LSD is a contagious disease in which peculiar lumps or nodules appear on the skin of affected cattle.

Symptoms of the disease include fever, loss in milk production, nodules on the skin, nasal and eye discharge, etc.

The administration has banned the movement, transportation of dairy animals from one place to another. The movement of all trucks/tractor trolleys/other vehicles carrying animals/cattle in/out/within the district shall be stopped with immediate effect.

The order said that cleaning and disinfection of the infected premises/ shed shall be done by using phenol/sodium hypochlorite/fromalin. It also said that in case of emergency the people should seek immediate help from the nearest veterinary centre for treatment.

The District Administration has also issued a helpline number 18001807205 for the farmers.