Home » The Hike of Faith 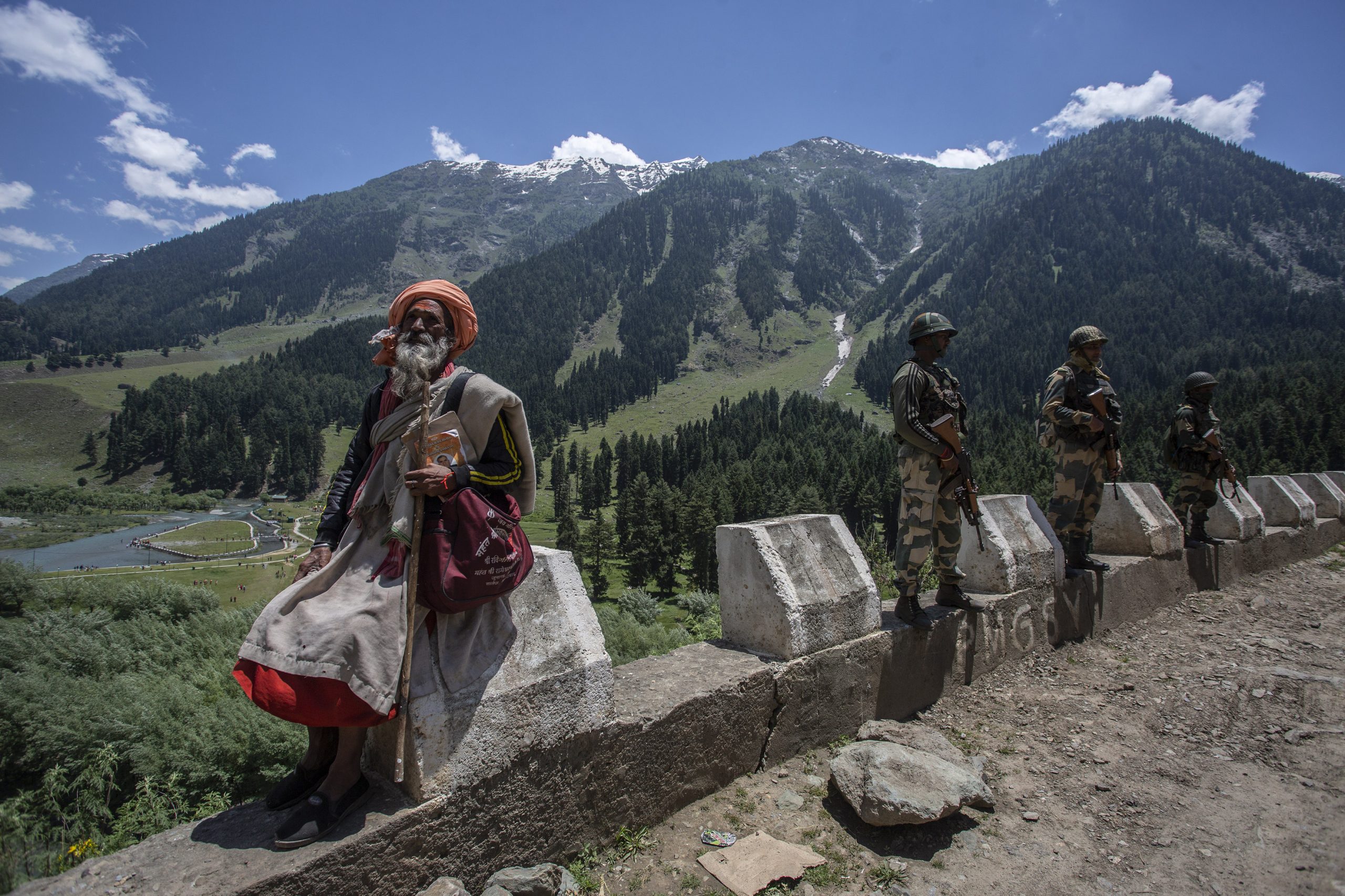 After a gap of three years, the treacherous journey to the cave shrine of Amarnath located in Lidder Valley will resume fully this year amid extraordinary arrangements to make it a ‘bigger and better’ pilgrimage.

After a gap of three years, Amarnath Yatra, the treacherous Hindu pilgrimage to the cave temple located at an altitude of 12756 feet deep in the Lidder Valley of South Kashmir, is set to resume fully this year. The pilgrimage will begin on June 30 and conclude on August 11.

The J&K administration opened the registration for the pilgrimage on April 11. Over 1.5 lakh have applied to undertake the journey in the first three weeks. Union Information and Broadcasting ministry secretary Apurva Chandra said on April 12 that six to eight lakh pilgrims are expected to perform the “better than before” pilgrimage to the ice lingam of Lord Shiva in the cave temple.

For the first time, the Jammu and Kashmir administration will offer midway night-stay for pilgrims in tented townships and prefab structures that are being set up along the twin routes from Sonmarg and Pahalgam that lead to the shrine. The en-route night-halt accommodation capacity has gone up from 29000 to 70000, a two-and-half-fold increase.  To ensure a comprehensive sanitation program, there will be one sanitation worker for every 10 pilgrims and a sanitary inspector for every 10 sanitary workers.

The en-route night-halt accommodation capacity for the pilgrims has gone up significantly from 29000 to 70000, a two-and-half fold increase.

“Overall, there would be a capacity of more than one lakh pilgrims at 147 locations with a provision for proper toilets/baths, langars, and dozens of medical centres, as given in the meeting. The yatra would be conducted in a very pleasant atmosphere as enhanced number of cloakrooms, water dispensers, dust bins, bottle catchers, steel benches, and signages have been erected by the Shrine Board this year” an official spokesperson said.

Instead of Rs 3 lakh, the pilgrims will get insurance cover of Rs 5 lakh. RIFD tags will be installed on pilgrims’ vehicles at Lakhanpur itself to monitor their movement once they enter the union territory until they reach the shrine’s base camp. The system will be connected with a control room which is being set up in Srinagar.

With the threat of Covid-19 still looming in the air, Shri Amarnathji Shrine Board headed by Lieutenant Governor Manoj Sinha, which manages the annual pilgrimage, has green-lighted the proposals for setting up two 30-bedded makeshift hospitals, isolation centres, and oxygen booths along the two routes. According to sources, the government, both in J&K and the Centre, is also discussing a proposal to convert the two Covid hospitals sanctioned by DRDO for J&K in Jammu and Srinagar cities into exclusive medical centres for dealing with any Covid-19 outbreak during the 43-day pilgrimage.

The government has also laid the network of fiber-optic cables along the route and close to four dozen small towers have been set up to improve connectivity for the pilgrims. This year, the helicopter service to the cave shrine will be increased significantly to cater to the increasing demand among the pilgrims who will also be getting weather updates with greater accuracy as they hike to the cave shrine. CCTV cameras have been installed at the base camps and strategic places along the routes that will be used by the pilgrims.

While the scale of arrangements being put into place will take the annual pilgrimage to the next level this year, the J&K administration and the Union government are mindful of the terrorist threat. Over the last few weeks, two top militant commanders have been gunned down in south Kashmir areas and J&K Police have claimed that the killings have diminished the threat to the pilgrimage.

In the first encounter on May 6, Ashraf Khan alias Ashraf Molvi, one of the most wanted militant commanders, was gunned down in an encounter by security forces in the woods of south Kashmir’s Pahalgam health resort which is the first stopover for pilgrims approaching the cave shrine from Anantnag. Inspector General of Police (Kashmir) termed the killing “on the (Amarnath) yatra route” as a major success for security forces.

On May 10, two militants were gunned down again in south Kashmir’s Anantnag district. “This encounter is important in 2 aspects: 1st, it is the same group of terrorists who escaped from Watnad encounter on 16/4/22 in which we lost one soldier. 2nd, the encounter site is very close to NHW & imminent threat to NHW & #Yatra neutralised,” IG Kumar said, according to a tweet.

A network of fibre-optic cables has been laid and close to four dozen small towers have been set up to improve connectivity for the pilgrims.

A senior police officer told Kashmir Scan that these killings suggest that the militants might be planning to disrupt the pilgrimage by staging a “sensational attack”, “We are working out plans for security deployment on the twin routes. No stone will be left unturned to ensure incident-free pilgrimage,” the official said.

According to Northern Army commander  Lt Gen Upendra Dwivedi, the deployment of security forces for this year’s Amarnath  Yatra will double as compared to 2019. While the Army’s role is limited to medical emergencies and other quick responses, it will be roped in to ply any loopholes in providing security coverage along the routes of the pilgrimage.

Besides, the Union government is dispatching 300 additional companies of security forces, including about 150 companies of CRPF, while the rest will be from Border Security Forces, ITBP, SSB, and CISF. This is besides the more than hundred thousand strong J&K Police force, a part of which will be set aside for yatra duties.

“A robust security plan is being put into place to ensure foolproof security arrangements for the pilgrimage. Any attempt to disrupt the pilgrimage will be dealt with an iron hand,” the official said.