Home » Shujaaat Bukhari: A Legacy For Generations To Come 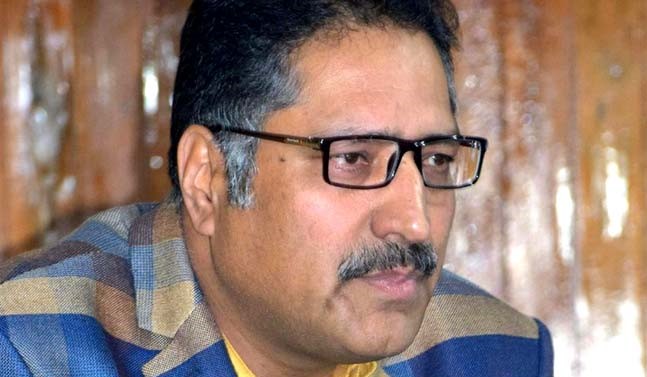 I stood in the middle of the street at Lal Chowk, Srinagar. Petrified and stunned. My phone rang incessantly (which I realized later after looking at the series of missed calls). All I could hear was the deafening silence that had shrouded the place and the constant noise of an ambulance standing before me. The street where I stood was covered in a pool of blood and shattered glass from a car. Two bodies were retrieved from the car, placed over stretchers, and transported in the ambulance. The security forces sealed the place, and people were removed from the crime site. There were still at least 50 people around that area, trying to make sense of what unfolded within a fraction of seconds. Kashmir’s celebrated and renowned journalist was assassinated in broad daylight at a market bustling with the crowd reveling in the festivities of Eid.

Seemingly involuntarily, in a fleeting moment, I relived the three months I spent in the Valley as a journalist. Fresh out of post-graduate school, I had intended to experience the conflict in Kashmir first-hand. Before joining any local media, all my knowledge of Kashmir had been limited to books and articles. As a result, I became driven to gain a practical understanding of the politics and complexities brewing in all corners of Kashmir. When the opportunity from a local media organization presented itself, I grabbed it immediately. With little to no idea of what lay in store for me in the Valley, I joined Rising Kashmir as an intern.

A vivid memory of my first day at Rising Kashmir remains with me to this day. The first meeting I attended had been convened by Shujaat sir himself. Everyone arrived early at the newsroom. We all eagerly waited for the arrival as the sub-editors began brainstorming story ideas for the pitch. Soon Shujaat sir entered the newsroom wearing all his majesty. He spread across the centre of the sofa and said, “The time for journalism has become difficult. A threat looms over us all. We should, however, fight and raise our concerns as journalists rather than get bogged down in the crisis at hand.” Several journalists shook their heads in support as the room fell silent.

Shujaat sir’s unrelenting push and support made the journey of reporting in Kashmir even richer since he fostered a safe, accepting, and inclusive culture to allow women journalists to flourish and succeed.

He then turned to the row of women sitting right before him, including me. He added, “I am proud that we employ more women journalists here in the Valley than any other company. Don’t stop writing about the changes you want to see. Don’t give up.” He glanced over at everyone in the room and left in a rush. However, his immortal words for journalism lay there for years to come and still echo in the newsroom today.

As time passed, his words soaked into my core and influenced me to become a better journalist. While searching for stories, I walked down the busiest and the most deserted roads to report on issues that matter. Shujaat sir was impressed by my dedication to bringing to light stories of value and allowed me to report on issues most personal to me, regardless of my beat, to understand Kashmir from every perspective.

Over three months, I experienced a paradigm shift in my personal and professional life. The love, loss, and a large spectrum of emotions I experienced while covering the different layers of Kashmir changed me as a person. I grew in Kashmir as expansively as Kashmir grew in me.

Shujaat sir’s unrelenting push and support made the journey of reporting in Kashmir even richer since he fostered a safe, accepting, and inclusive culture to allow women journalists to flourish and succeed. I came of age as an onfield reporter swiftly, smoothly, and seamlessly with Shujaat sir’s profound mentoring, which included helping me find a place in a safe area in Srinagar and constantly monitoring my work, my life, and the experiences I was gathering.

I still remember how he introduced me to SP Pani, the SP of Srinagar at the time. As he called me to a closed-door meeting featuring distinguished people from politics and journalism, he told Mr Pani: “The girl has come all the way from Mumbai to Kashmir, and I see great potential in her as a journalist.” I’m glad she has associated with us to advance her career in journalism.” I was overwhelmed and overjoyed to hear this news. This catapulted me to file four stories that week.

When my internship drew close, I made every effort to get absorbed into the local daily and extend my stay in Kashmir. Two days before Eid, I wrote about imprisoned people in Kashmir who were not allowed to see their relatives during Eid. The sub-editor asked that I extend my Eid greetings to Shujaat sir before I made my move, and I followed his directive. After conveying my greetings to Shujaat sir, I left his cabin, and took an auto, and left for my abode. A few minutes later, I received a telephone call from the newsroom.

In a panicked voice, the caller reported that Shujaat sir had been shot and killed on the way to his house. After returning my vehicle to the scene, I got down. Petrified and stunned, my phone rang incessantly as I tried to make sense of the irreparable loss and the ensuing void that the incident left behind.

Over the past four years, my passion for journalism withered as I shifted my attention to communication. Few people are as resilient and perseverant as Shujaat sir, who raged against the dying light. We are all heirs to someone’s legacy. Nevertheless, only a few become a legacy that will live on for generations. Of all the experiences I had gathered during my short stint as a journalist in Kashmir, reporting under the late Shujaat Bukhari had been the most poignant and defining of all.