Home » The Hazards of Mental Pollution 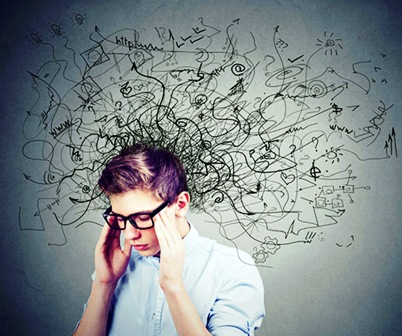 Nothing can harm an individual as much as an unhealthy mind. We should strive to curb mental pollution and keep our minds clean and healthy, writes Abid Hussain Rather.

The Hazards of Mental Pollution: Mental pollution is bewilderment and perplexity in the thinking process, leading to stress, anxiety, and tension in our lives. It is the amalgam of preoccupied imaginary negative thoughts, apprehensions, and speculations that psychologically haunt our minds.

With the advancement of science and information technology, we have oceanic information available to us. This information contains main mental pollutants in the form of sexual and violent video clips, which contaminate our mind, adversely affect our decision-making and learning process, and weaken our memory.

Mental pollution can also be caused by criticism, disfavour, dishonour, unpleasant situation, or relationship. Pride and inferiority complex are also a kind of mental pollution. All those people who give preference to their personal gains without caring for others are actually involved in mental pollution. As our body requires a clean, nutritious, and balanced diet to remain healthy, healthy content is similarly required for a healthy mind. Anxiety, depression, jealousy, illogical and negative thoughts, immoral actions, and fear of the future are some of the adverse effects caused by mental pollution.

Mental pollution is also harmful to society, leading to evils like robbery, rapes, murders, and other crimes. Modern man is living in an imaginary world because of the easy availability of technology, where he imagines that everything is under his control. He has forgotten that God has created different people with different abilities. This forgetfulness has resulted in jealousy, competition, negative thoughts, avariciousness, and egoism, resulting in mental pollution.

Research found that out of almost 6700 languages spoken worldwide, more than 2000 languages are spoken in Africa, where the educational standard is deficient. Furthermore, as per the Centre for Advanced Study of African Languages reports, almost 75-80% of Africans are multilingual and can speak 12-15 languages as either their first or second language. Africa is the world’s least developed continent, where people are living in impoverished conditions as they have no availability of scientific and industrial resources. They have no access to multimedia videos, books, dictionaries, and internet services.

On the other hand, people in developed and civilised regions of the world can hardly learn a single foreign language in their lifetime, though they have access to all these aids and helping tools. According to experts, the absence of mental pollutants in the environment enables an African to learn and speak an average of 13 languages. Researchers believe that besides socio-cultural and psychological factors, the absence of mental pollutants in the form of violent and sexual images and videos on various media sources can play a vital role in learning foreign languages.

The absence of mental pollutants in the environment enables an African to learn and speak an average of 13 languages.

Intentional or unintentional encounters with various mental pollutants in the form of movies, programs, pictures, posters, and advertisements can trigger brain hormones and disturb the biochemical system of our body, which results in the arousal of various emotions like anger, frustration, fear, or sexual thrill. Such emotions weaken our memory, imbalance our thoughts, make our minds unable to concentrate on new things, and hinder our learning and other cognitive processes.

Researchers believe that during the ancient periods, despite the unavailability of science and information technology and powerful tools, people had strong memory power, and they were masters in many fields and languages due to the absence of mental pollutants in the atmosphere which could weaken their learning process and other cognitive abilities. A survey conducted by the Faith University of Turkey found that people who spend most of their time in front of TV or computer screens because of their work, entertainment, or some other purpose are involved in some mental pollution, irrespective of their age, sex or occupation. According to this survey, the level of mental pollution of an individual depends on the amount of time they spend on different media forums.

Media and communication is not the only source of mental pollution. Still, any process, event, or episode which confuses our mind, diverts our attention or disturbs our concentration can decrease our mental abilities and result in mental pollution. As positive comments and applause from people can give a person happiness, their inexpedient criticism or negative behaviour can similarly clog our mental capabilities. So we should always avoid negative people so that our minds can remain free from pollution. It is the need of the hour to make people aware of the ill effects of modern technology. The sole purpose of technology is to make our life easy and comfortable. Instead, it should not take away the peace of our minds. It will be time-consuming and difficult for us to learn new things and processes if we fail to control the different factors resulting in mental pollution. Overuse and misuse of media and information technology will result in wasted time instead of saving it and can deteriorate mental health.