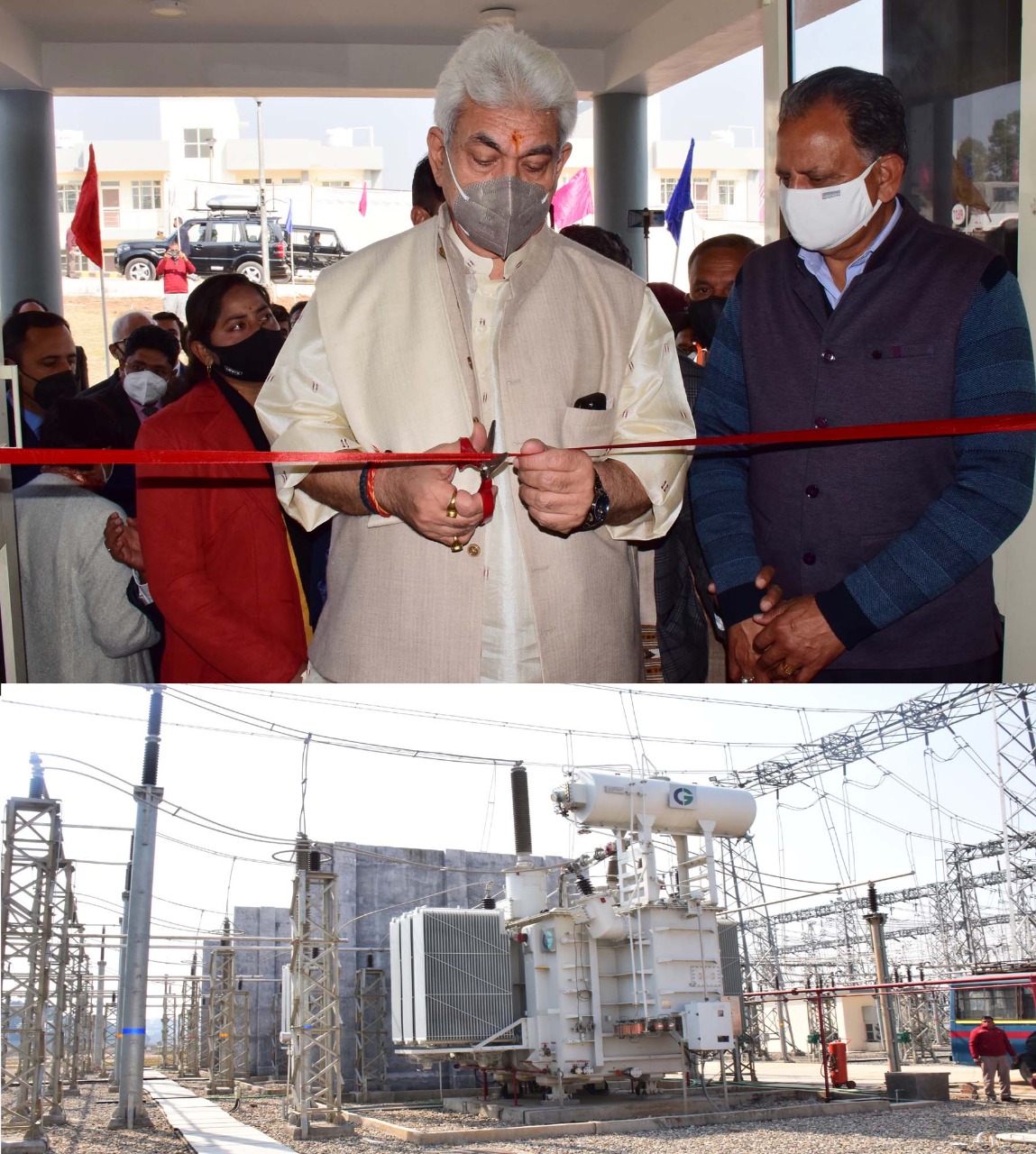 We are firm in our resolve for practical, pragmatic and viable solution to strengthen power infrastructure in every district of J&K UT: LG

The Lt Governor said that the J&K’s power infrastructure, which remained dilapidated for the last several decades, is being transformed at a fast pace.

Today’s development represents a giant stride in capacity augmentation and improvement in power supply to consumers of Jammu, Samba, Hiranagar, Kathua, Udhampur and adjoining areas. The new power projects will meet the power supply demand of the citizens as well as the industrial sector, he added.

Terming the occasion as historic for the people of Samba, the Lt Governor said that the Samba district has also received a dedicated grid station after a long wait of 15 years.

We are firm in our resolve for practical, pragmatic and viable solution to strengthen power infrastructure in every district of J&K UT, the Lt Governor said

To address the current power deficit and to meet the needs of our expanding economy, the government is upgrading transmission & distribution infrastructure that will also enable us to generate productive employment opportunities for youth, added the Lt Governor.

The Lt Governor expressed gratitude to the Hon’ble Prime Minister and Hon’ble Union Power Minister for their continuous support in strengthening the power sector in J&K. The upcoming Rs 12,922 cr power sector project for the UT will increase the total availability of electricity in the system, especially for the household, industries and agriculture sector.

The Lt Governor said that Jammu & Kashmir, under the leadership of Hon’ble Prime Minister Shri Narendra Modi, is moving towards fulfilling the dream of a better life for every citizen.

We are working on an unprecedented scale in building new infrastructure and improving the facilities available to the citizens, he added.

“Government will not rest till J&K truly becomes one of the country’s best developed regions, which the entire nation can be proud of”, said the Lt Governor.

The Lt Governor congratulated the officials of Power Development Department, the people of Samba and the adjoining areas on the commissioning of new power projects.

PDD is making efforts to reduce T&D losses and bring them within reasonable limits. The department has achieved praiseworthy results.  However, due to power theft, honest consumers who pay their electricity bills regularly are bearing the brunt of the cost of theft by other unscrupulous elements. We need to sensitize people to pay their bills on time and help the government to make power sector financially viable, the Lt Governor observed.

The Lt Governor also made a special mention of Sh. Jagmohan Sharma, Chairman JPDCL for highlighting the core issues of power sector in the UT.

Sh. Jugal Kishore Sharma, Member Parliament, while speaking on the occasion, highlighted how the new projects will benefit the people of Samba, Kathua, and adjoining areas.

Under the guidance of Hon’ble Prime Minister Shri Narendra Modi, J&K has entered into the era of equitable development and the change is clearly visible on ground with the rapid implementation of several development projects, he added.

Moreover, 18 power distribution projects (11 in  Samba and 7 in Kathua) costing Rs 63 cr under various centrally sponsored schemes including 66/11 KV 33/11 KV Substations and installation of additional power transformers were also e-inaugurated on the occasion.

The projects will improve the Power Supply and reduce the transmission losses, it was informed.