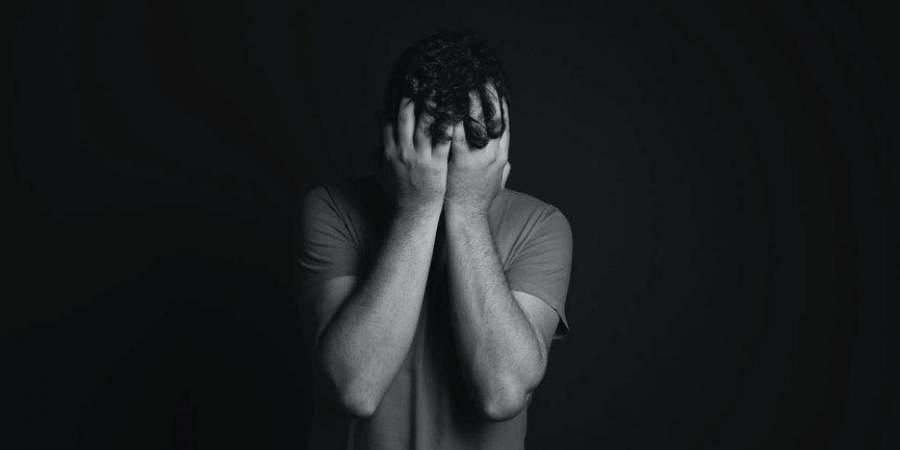 An individual passes through a number of tough phases before taking the extreme step of ending his or her life. But it is largely the cold response of society that perpetuates this existential crisis, Mushtaq Ahmad Butt writes.

UNHEARD CRIES: The word suicide has been derived from the Latin ‘suicide’, which means the “act of taking one’s own life”. Hence, suicide can be defined as intentionally causing one’s death. Over a period of time, the trend of suicides has increased due to multiple reasons. Even in developing nations, this menace is acquiring an alarming regularity. During the ongoing Covid-19 pandemic, the global suicide rate has gathered both speed and momentum.

According to the WHO, suicide is the tenth major cause of death worldwide. The rate of suicides has gone up 60% from 1960 to 2012. Alone in 2013, 8,42,000 humans committed suicide globally. Add to them lakhs of attempted suicide cases annually which were prevented somehow. From teenage children to elderly, suicides are seen taking place regularly across the world.

Parents need to counsel their wards, share moments of peace and tranquillity with them and persuade them to pursue hobbies without considering it a wastage of time.

There are varied reasons which lead to the act of ending one’s existence which include depression, traumas, sexual abuse, rapes, poverty, unemployment, anxiety, mental illness, etc. But the significant reasons, which trigger a person to commit suicide, are social and more personal and usually the last resort for the victims.

Social causes, which are at the roots of this painful act, include broken marriages, family disputes, poverty, unemployment, homelessness, failures in academics, harsh treatment by family, the guilt of killings, loss of honour and feelings of loneliness. The chief irony is that the cries of those who are about to commit suicide are not heard or felt when they are alive. Before committing suicide, there is a visible behavioural change in an individual which is not addressed at the right time. Finally, suicide becomes the last resort.

It is the essence of an individual that matters more for our society than their existence. But when family and society focus more on the essence, then existence is endangered. Scolding a teenage children for their acts of failure emotionally breaks them down and adds fuel to the fire burning inside of them. Family members need to handle such individuals more cautiously.

No doubt, all families face different problems which lead to disputes. After all, our diverse opinions, tastes, lifestyles, thinking, attitude, aptitude, outlook, liking and disliking make us humans. Even our mental capacities differ which gives rise to the diverse thinking of individuals. Controlling the diverse features and trying to blend them as a whole in one system with uniform thinking and ideas leads to the crisis of existence, which finally attains a lethal shape.

As the decision of committing suicide is deliberate and volunteer, thus human or technological intervention to end this trend is futile and absurd. However, the biggest absurdity is that society discusses suicide but never deliberates or ponders over the causes that led to the act. The causes often remain silent and unheard and are labelled as taboo in some cases which could lead to the loss of family prestige. But it must be remembered that before reaching this extreme step, an individual passes through many tough phases. He or she cries inwardly but these cries are not heard.

It is the essence of an individual that matters more for our society than their existence. But when family and society focus more on the essence, then existence is endangered.

There are different ways in which people end their lives like hanging, pesticide consumption, jumping into river or jumping from heights, etc. In most cases, the victims leave behind suicide notes, depicting the causes that persuaded them to end their lives. The problem of suicide is not restricted to middle-class families but is evidenced even in the royal families and developed countries. In fact, many film stars have ended their lives due to professional and other pressures. Robert Clive, the then British governor-general of India, also committed suicide as he was looked down on by his colleagues.

How can we prevent suicide? First, the role of the family comes into play. They are the people who know the victim well. Then comes the role of government agencies. But it is the society at large that needs to look into such matters with a higher degree of empathy. Educational institutions can play a pivotal role in arresting these heart-wrenching acts, as they can rekindle faith, love, trust and confidence in the traumatised souls. The behavioural changes need to be addressed much earlier before such acts come into action. The curriculum of

educational institutions needs to be modified at par with the present needs of society. In this context, the government needs to introduce ‘ethics’ as a separate subject.

Moreover, parents need to counsel their wards repeatedly and share moments of peace and tranquillity with them. They should persuade their wards to pursue hobbies without considering it a wastage of time. And much more than this, children need to learn the divine scriptures and study their religions. They should practically imbibe the virtues professed by religions at an early age which will have a long-lasting impact on their lives.

The government also needs to implement the laws associated with selling pesticides to minors, which attract heavy penalties. Religious preachers also have to play their role in eradicating this evil. They can counsel and advise the general masses to concentrate on such burning cases and address the emotional issues of their family members and friends, especially of womenfolk and teenagers.