Home » A GAME OF POSSIBILITIES 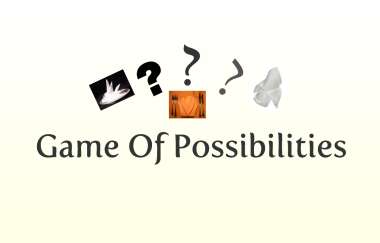 Politics is an untrustworthy affair. But it is also a game of possibilities. The political landscape of Jammu and Kashmir was reset after the abrogation of Articles 370 and 35 A in August 2019 by the Union government. Almost all the politicians, many of whom were jailed, and political parties lost their credibility in the eyes of the people of J&K. Somehow, the major political parties who were used to cursing each other, including National Conference, Peoples Democratic Party, Jammu Kashmir Awami National Conference, CPIM, JKPM and Peoples Conference joined hands to form a coalition by the name of Gupkar Alliance.

After forming the alliance, prominent political leaders like Farooq Abdullah, Omar Abdullah, Mehbooba Mufti, etc. claimed that they would fight for the restoration of J&K’s special status and its lost statehood. During the initial meetings, it seemed that the parties would do something big together. But the alliance fissured within a year. One after another, the gulf between the leaders started to widen and they even targeted each other. These fissures show that neither the politicians are trustworthy nor their promises. When they can’t be loyal to each other, how can we expect them to be loyal to the people.

Sajad Lone, who was designated as the spokesperson of Gupkar Alliance, left the alliance last year and started promoting his own party – Peoples Conference. After that, Javed Mustafa Mir, who was representing JKPM, left the alliance, and his party joined the Apni Party headed by former PDP Minister Syed Altaf Bukhari. Even the main parties in the Gupkar alliance – NC and PDP, were shaken by the turn of events after various constituents of the alliance joined Apni Party and PC.

Even before the Election Commission of India comes out with the schedule for Jammu and Kashmir assembly elections, the fate of the Gupkar Alliance remains uncertain. In fact, the clouds of uncertainty are growing thicker with each passing day.

More importantly, however, it has again raised questions about the future of the Gupkar alliance, which has tried to project itself as the ideological and political contender of the BJP in Jammu and Kashmir.

With the political landscape heating up in Kashmir, the coming days are going to be full of turbulence. Since the onset of autumn, political parties have been reaching out to people in a big way, with public rallies being organised across the length and breadth of the union territory. While political activities are expected to gather steam in the Valley before the arrival of the snow, the report of the delimitation commission, which has called a meeting with the National Conference later this month, is going to raise the temperatures even further.