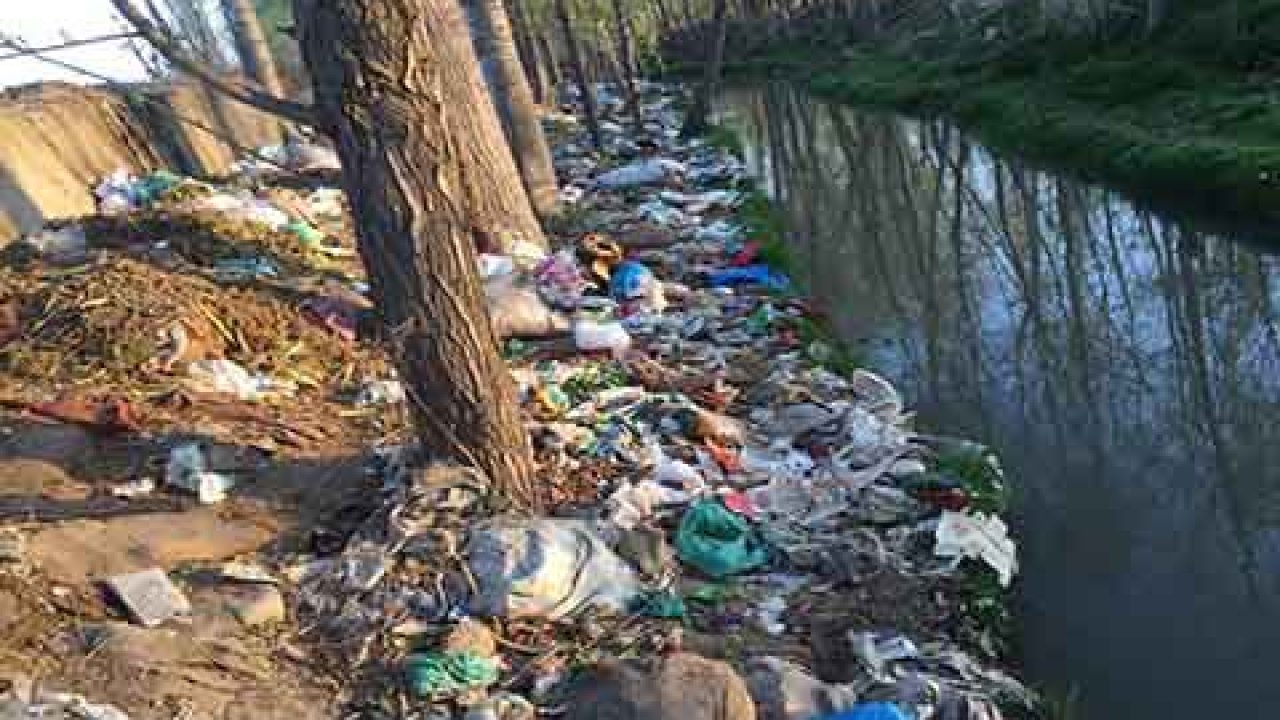 Rampant urbanisation and unregulated industrial activity have degraded Kashmir’s environment. If the stakeholders don’t join hands now, we will have to pay a heavy price in the near future.

Earth is the only habitable planet in the entire solar system, with the man as the central agent of the whole matrix. Gone are the days when nature was in a state of equilibrium. Man has exploited nature to such an extent that there is only a half-state of sorrow over the period. The world of today is bereft of environmental order, and there is a looming environmental crisis. The increasing population of the world puts unprecedented pressure on environmental resources. It ultimately causes the scarcity of resources, generating a lot of waste which pollutes our environment.

The anthropogenic threats to the environment on a massive scale have radically altered our planet Earth, including the lives of many species of plants and animals. Man is part and parcel of the biosphere and cannot turn a blind eye towards the contemporary ecological crisis and responsibilities concerning the protection of nature. Environmental degradation is the most hazardous event of the current century attributed to the misuse of the environment. The crisis has taken a significant sway over both developed and developing countries. The developed countries dump effluents into the environment polluting the Earth.

Kashmir, which is glorified for its beauty, is getting victimised due to the environmental problems of the current times. God has enormously blessed us with scenic beauty and stunning green environs. But, unfortunately, the indifference of people towards the environment has ultimately caused ramifications that bode ill to man itself.

Over the world, climate change is the buzzword of the recent century which has assumed unimagined proportions, and all the nation-states of the globe are confronting this problem. The untimely downpours in summer, warm climate in winters, wind storms, hail storms in spring, etc., are the problems of the current times and are attributed to changes in the environment over the period.

The dreadful flash floods of 2014, which caused heavy damage to life, property and the overall environment in Kashmir, are grim reminders of ecological changes. The recurring episodes of forest fires during winters at some places of Kashmir destroy various species of plants and vegetative cover. In some pockets of the valley, snowfall has severely damaged the apple trees and caused losses to the fruit growers.

The pollution of air, water and land are in a state of continuity and ensue change with the currents of time. This has paved the way for a bundle of problems. Pollution is the horrific ecological crisis of the current times. In the past, air, water and land were in a state of purity, virgin and devoid of human disturbance, but over time, the situation is caught in a reverse way. The ecological imbalance caused by the development of transport, machines, infrastructure, paraphernalia, etc., in general, and science and technological prowess, in particular, may prove disastrous for humanity in the long run.

Administration can play a prominent role in generating awareness and promoting environmental consciousness among the masses through media.

Environmental degradation in terms of deterioration in the quality of air, water and soil surfaces causes several biological manifestations, which mainly affect human health and well-being. The degradation in water quality gives rise to several diseases like cholera, jaundice, etc. The increasing ratio of light, small, medium and heavy vehicles over the years have polluted the quality of the environment in J&K. Soil erosions have resulted in the siltation of the water bodies, like river Jhelum(Veth), which complicate the issues in times of rainfalls and leads to the flooding of the adjoining areas (say floods of 2014). Unfortunately, the environment of JK has been affected and destroyed in the last few decades by cutting down the forest trees, which has altered the patterns of weather and climate and increased the massive destruction of the environment. Unfortunately, people in Kashmir have turned a blind eye towards the environment and ignored all ethical standards vis-a-vis the environment. The water bodies have become the ultimate target for the disposal of the wastes, whether house-generated or otherwise. Every household empties the sewerage in the adjoining streams. The space of the water bodies has gravely shrunk, and the waste lies littered.

Also, some people have erected illegal structures over the water bodies and downsized them. The pollution of water bodies in J&K has reached a point of crisis, rendering them cesspools due to solid waste, wrong drainage patterns, sewerage, etc. This has degraded the quality of these water bodies, rendering them ineffectual for drinking and unwanted growth of weeds and plants in them, ultimately shrinking their space over time. Dal Lake, Anchar Lake, etc., are the glaring and live examples of our environmental problems.

The people of the state have got a prominent role in the conservation of the environment. The state administration also has the responsibility of conserving the environment, which can fully blow into a crisis if not tackled on time. Otherwise, time will not be far when there will be only pangs of guilt and sorrow, and the future generations will curse us for the full-fledged eco-crisis they will face.

Administration can play a prominent role in generating awareness and promoting environmental consciousness among the masses with print, electronic and other mass media. The educational institutions can be used as instruments of environmental consciousness. Besides, the water bodies and other polluted places can be cleaned using workforce and infrastructure in close proximity. The administration needs to create awareness among the masses for environmental preservation, protection and conservation and mitigation afterwards.

Today, when we live in the post-truth era, our morale is slowly ebbing to zero. This place is to others as it is to human beings. Man cannot destroy the other forms of life and claim hegemony over the environment sans ethical and moral conduct and without any regard for the other living organisms. After analysing the true picture of the land and people in recent times, what comes to the fore is a non-compatible attitude of man concerning the environment. Man has destroyed the environment and is paying a heavy price. If a similar situation exists shortly, human civilisation will face disasters everywhere.

It is our foremost duty to conserve and preserve the environment. The need of the hour is to make people sensibly aware through environmental education programmes. A fair amount of know-how about the burning environmental issues is vital for protecting the environment. Being part and parcel of the ecosystem, man has a crucial responsibility. However, responsibility is subservient to ethical motivation, which can be generated at various levels of society.

Man cannot destroy the other forms of life and claim hegemony over the environment sans ethical and moral conduct.

Again, the role of multiple players, viz, government, NGOs, and everybody else, is necessary. NGOs can actively engage the general public and students through programmes and activities. This will entail a plethora of research and dissemination of knowledge on various issues confronting the environment. The survival of human beings is largely dependent upon the environmental balance. No nation-state can remain in isolation because the problem is pan-global without any consideration for limits. Thus, it requires a global solution. The development of man should be in harmony with nature. This way, we can envision an environmentally sound place to dwell upon as previously eulogised by the Mughal emperor of India, Jahangir, as the heaven on the Earth.

The author is an educator and columnist from Jammu and Kashmir, India. He can be reached at [email protected].