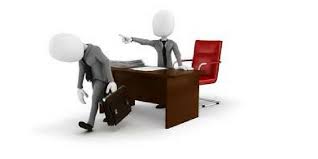 Srinagar: The Jammu and Kashmir School Education Department has terminated the services of four teachers for their unauthorized absence.

The Director of School Education Kashmir (DSEK) in four separate orders said that the employees were found absent unauthorizedly and their services were removed.

According to one of the DSEK orders, a teacher (Name Withheld) remained unauthorizedly absent from her legitimate duties with immediate effect from September-25-2015.

“The teacher was provided enough opportunities to resume her duties, which she failed to do so; and the issue was placed before the designated committee in its meeting held on 07/06/2021,” it reads.

It also states that after examining the case, the committee decided to initiate a process for termination of her service being unauthorizedly absent from her legitimate duties and having completed more than 05 years of continuous absence.

“Pursuant to the decision passed by the Designated Committee, a final show cause notice was served to the absconding teacher in September-2021 wherein she was asked to explain as to why action was warranted,” it reads.

According to the government order, the teacher replied to the said notice in a weeks’ time and on its examination, it was found unsatisfactory and unsubstantiated.

“Therefore, pursuant to the decision of the committee, the teacher is hereby removed from the service of the state in terms of Article 113 and Article 128 of J&K Civil Services Rules,” reads the government order.

Similarly, three other teachers were also removed from the services for remaining absent unauthorizedly.