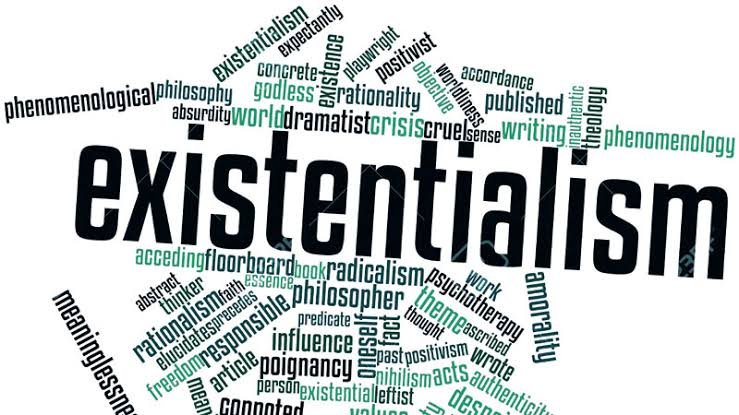 Man is essentially alone while the web of relations cannot dictate or define his choices. The education system needs to understand individual traits to fulfil the real aim of education.

Existentialism is a modern philosophy of the 19th century as a reaction to traditional philosophy like Idealism, Rationalism, Pragmatism, Absolutism etc. Existentialism is, therefore, more specifically represented as a kind of philosophical movement. The chief pioneers being Soren Kirkegaard, Jean-Paul Satre, Martin Heidegger, Nietzsche, etc.

In contrast, traditional philosophical thoughts speculate about the essence of matter and human essence rather than existence. Existentialism rather emphasized human existence rather than essence. Here, in this school of thought, existence is the central theme and essence. Nature is rather secondary. While the traditional system of thought was more concerned with the nature of things, it thus skipped the existence of humans.

The human as an individual was lost in crowds, complex societies and developed towns. His choice of desires and will is defined by society and authorities, while his inner freedom and choice are far granted. His freedom of thought is curtailed and set inside the borders of authority and society, which is considered arbitrary through the prism of existentialism. The individual problems are not given any prominence. It is in this backdrop that the loss of individual choices and freedom are given prominence by existentialists.

According to existentialists, man should define his choice and will; he must not cry inwardly over the curtailing of his choices and arrest of freedom by the authority, which is meaningless and absurd.

Man, according to existentialists, should struggle and fight with himself to accomplish his goals which must not get eliminated by any third party because, as per this thought, man is essentially alone, while the web of relations cannot dictate and define his choices. Man has to try to reform into more a humane being; thus, an individual has to struggle to understand his own self, realize his own self and move to self-actualization. Thus man has to progress and evolve into humans by his own efforts and struggle.

In contrast, education is a reformation of human resources into more compassionate beings. In other words, it is to educate and make all-around development and to bring out all intellectual capacities lying dormant by giving a rich and up to mark environment. The modern education system doesn’t flourish creativity. It rather gives more importance to rote learning. As per existentialism, this kind of education that controls an individual’s creativity is dangerous and creates much more harm than good.

According to existentialists, man should define his choice and will; he must not cry inwardly for curtailing of his choices and arrest of freedom by the authority, which is meaningless and absurd.

But contemporary education system straddling from formal to informal is considered vague and null and void which is sans memorization and rote learning. Individual choices and will of students are considered absurd and overlooked. It is rather designed by a single system and decided by one party, be it the parent, teacher or any other party. Individual choices and will take a backseat, while collective decisions take the lead and define the role and choice of the individual, thus leading to conflicts and chaos ranging from self to society and culminating in violence, be it suicide or murder of self. In contemporary societies, students are forced to learn a set stream by parents to get a job or employment, which is done in the absence of learners’ choice and will thus trigger chaos.

Likewise, individual choice is not also taken into confidence at schools, colleges, and universities, which needs to be bloomed by giving a rich environment to excel rather than choking the aims and diversions into ‘no man’s land’. Teachers need to know, understand and communicate with the learner to know his or her choice and limit of freedom and will. After that, students must be provided guidance and taken to actuality from their potentiality, this being the significant aim of existential philosophical thought.

Existentialism focuses on individual capacities, thus paving the way to diverse thinking and concepts leading to creative ideas, which are fruitful to individual self and collective good.

Also, in current times, education has been commercialized by private tuitions and schools, which focus on the accumulation of facts only to achieve a single defined goal which, when not achieved by some, leads to utter frustration, depression, suicide etc., thus fossilizing the traits which otherwise had been channelized to bloom to be given rich dividends. Thus, understanding the individual traits and capacities of learners needs to be prioritized in the educational system to cherish the real aims of education.

(The author is MA English/Philosophy and hails from Tr, Kulgam)