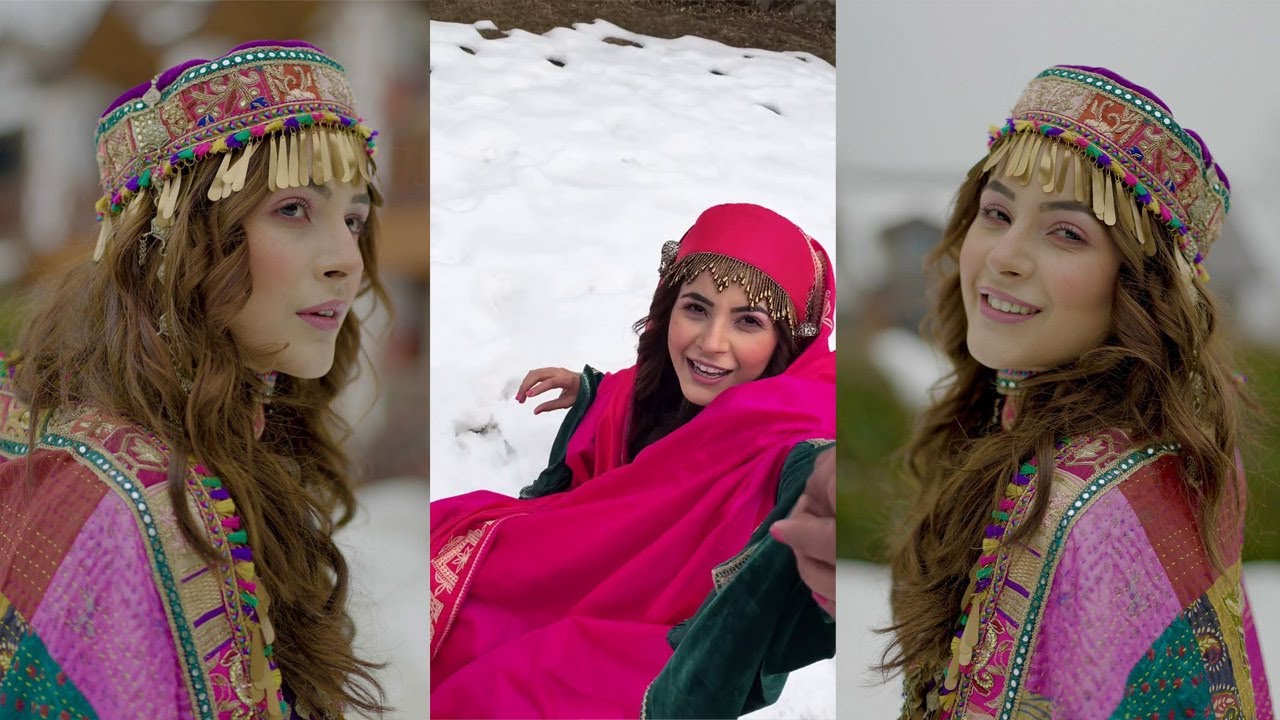 Recently, I came across the news of a widespread outrage expressed by elite upper-caste English speaking Kashmiri Muslim influencers on social media platforms. They were criticizing a short song and dance video posted by Shehnaz Kaur Gill, a Punjabi Sikh entertainer, singer and actress, where she can be seen dancing in the snow in someplace in Kashmir valley over an old Bollywood movie’s very popular “Bumbroo” song, wearing a stylized version of traditional Kashmiri Muslim female pheran (a Kashmiri robe-like attire worn during winter in Kashmir valley). Her video was primarily criticized for a “cultural appropriation” by non-Kashmiri people of Kashmiri culture for their own interests. But the question that arises is that, do we, the people of Kashmir really have a right to lecture others on “cultural appropriation” when we Koshur people have ourselves either abandoned authentic Koshur culture a long time; back or modified the same according to changing modern trends and tastes?

At the root of this hypocrisy laden outrage lies the fact that a non-Muslim and a non-Kashmiri artist had posted her video of a song and dance item from a Hindi language Bollywood movie – “Mission Kashmir”, which was released nearly 20 years back. It appears that our collective outrage as a Kashmiri community was more because the same was done by a non-Kashmiri (and perhaps a non-Muslim).

The original “Bumbroo” song is of fairly recent origin and was composed by Kashmiri Pundit composer Mohan Lal Aima for Dinanath Nadim’s first Koshur language opera in 1953, according to a Kashmiri culture enthusiast Vinayak Razdan. Even though part of a Bollywood movie, the song’s initial lines are actually part and parcel of modern Koshur music, literature, and theatrical culture. Since its release two decades ago, the song has actually become the symbol of Kashmiri culture for non- Kashmiri communities, who tend to have their first understanding of Kashmiri culture through this very popular Bollywood song. Ironically, the song has since then become a celebratory wedding song among the younger generation of both Kashmiri Muslims and Kashmiri Pundit diaspora, thereby integrating itself as part of the evolving modern-day Koshur culture. Since the days of the “Kashmir ki Kali” movie, Bollywood has unwittingly been part of shaping up the understanding of Kashmir for non-Kashmiri audiences, and its significance cannot be therefore undermined.

There have been many more pop versions of the “Bhumbroo” song in the last few years. Many Kashmiri Muslims, Kashmiri Pundit and even non-Kashmiri singers and composers have used this song and interpreted the same in their own modern style. It would be unfair to call this an “appropriation”. If anything, this is actually an “appreciation” and the “crossover” of a small cultural entity of Kashmiri / Koshur people into a larger cultural entity of Hindi and English-speaking audience, which has helped in the mainstreaming of Koshur language words, music and songs.

Now coming on to the next aspect of Koshur cultural identity–our attire. Was Shehnaz Kaur Gill, who posted her now-controversial video wearing an authentic Koshur Muslim female pheran or not is a genuine critique only if most of the upper caste elite Kashmiri Muslim social media influencers who criticized Shehnaz were in their own real lives been propagating the same, otherwise it’s just hypocrisy.

The original “Bumbroo” song is of fairly recent origin and was composed by Kashmiri Pundit composer Mohan Lal Aima for Dinanath Nadim’s first Koshur language opera in 1953, according to a Kashmiri culture enthusiast Vinayak Razdan.

The sad fact is that the modern-day Kashmiri community has long abandoned Kashmir’s original Pheran for non-Kashmiri attire like Punjabi Shalwar Kameez and Saris (among Kashmiri Pundits) and western attire like jeans, pants, shirts etc. There is nothing wrong with wearing non-traditional clothes as the same is part of the evolution of the costume culture, which is also influenced by work requirements, comfort and fashion trends. The same, however, becomes hypocrisy when we Kashmiris criticize non-Kashmiris for their interpretation and adoption of our Kashmiri cultural icons while ignoring our own.

The non-Kashmiri community is not bound to propagate Kashmiri attire in its old traditional avatar. We Koshur people have created many modern versions of trendy and innovative male and female Pherans. There are many so-called “designer Pherans” produced by Kashmiri designers, which do not adhere to the traditional way of crafting Kashmiri Pherans but have adopted many modern innovative styles to make it more appealing, trendy and contemporary for the younger generation of Kashmiri people.

Also, those cultural puritans who criticize Shehnaz Kaur Gill’s so-called “non-Kashmiri” attire for being passed off as a Kashmiri dress must answer as to what is Arabic and Iranian Hijab and Abayas and Punjabi Shalwar Kameez and dupatta doing in Kashmir in modern times? Are these parts of original authentic Koshur culture? By looking at black and white photographs of Kashmir of the early 20th century, one can see that Koshur people dressed very differently from how Koshur people dress in contemporary times. The quintessential Kashmiri Pheran, which used to be a complete dress, has now been reduced to an accessory like a coat and jacket. At the same time, the Kashmiri Pundit diaspora has long abandoned Kashmiri Pherans (including the distinctive Kashmiri Pundit female Pheran). The old traditional floral motif carrying Pherans and scarf covering of scalp by Kashmiri Muslim women is now only restricted to older and dying generation of Kashmiri Muslim women, even as younger generation of Kashmiri Muslim women now adorn hijabs, dupattas and abayas, which have become a part of Kashmiri costume culture only in last two decades.

There is nothing wrong with wearing non-traditional clothes as the same is part of the evolution of the costume culture, which is also influenced by work requirements, comfort and fashion trends.

We Kashmiri people must appreciate the fact that non-Kashmiri people are adopting cultural aspects of the small Kashmiri community in their own ways. We must not be stubborn, rigid and intolerant towards the modified versions or contrary interpretation of our language, songs, dance and attire by non-Kashmiris. That would not amount to “cultural appropriation” but would rather constitute a cultural evolution, which cannot be stopped in any case. Our unnecessary criticism becomes even hollower when we Kashmiri have diluted almost all of our cultural treasures by adopting many foreign cultural influences. It should be a matter of celebration that a small cultural and ethnic entity like that of Koshur people is finally asserting its influence and charm over others and showcasing our distinct culture to the collective pride of the entire Kashmiri community.

The views are the author’s own and can be reached @Javedbeigh across Social Media Platforms.