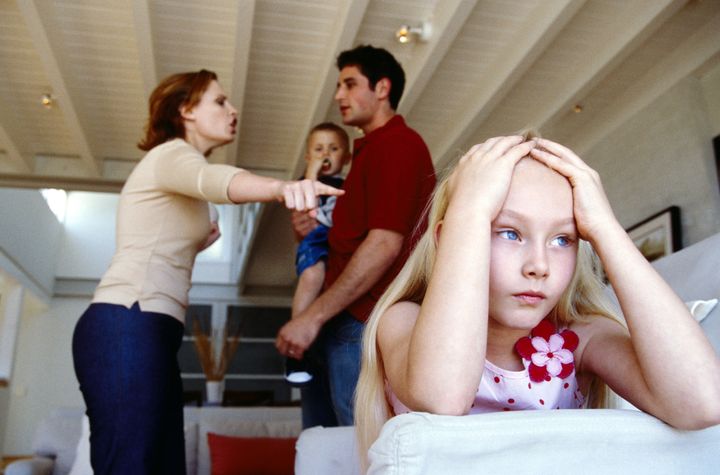 Strict parents tend to intrude into a child’s psychological growth which lowers their IQ levels and self-confidence. Instead, young minds should be given wings and set free, writes Khazran Khan.

American singer and writer Katy Perry once lamented that her parents were strict. But it was the world she lived in. “I had no idea that there was a world outside,’ she said.

Overcontrolling parents are more harmful than the bacteria which contaminate a child’s food. It is a fact that most Indian parents are bad parents. Children who have dominating parents are at higher risk for certain mental and psychological problems. Depression, anxiety and suicides are undoubtedly the visible outcomes of it. Not having the freedom to express, to nourish one’s skills or to have a discussion with parents directly or indirectly contributes to the deterioration of their mental health.

Having a parent who is dominating and overly strict lowers a child’s IQ and confidence. This inculcates the qualities of being introverted, shy, coward and indecent in a child’s character. There are two types of parental control —behavioural and psychological control. Out of them, psychological control is the dangerous one. It refers to intruding into a child’s emotional and psychological development. Controlling parents constrain, invalidate and make their children emotionally dependent on them every time. Such parents are often recognised as being overprotective, possessive and commanding to their children.

Demanding blind obedience and conformity from your children, not allowing them to question you, not letting them make their own decisions and disrespecting your children in front of others provokes aversion and antipathy in their hearts against you.

Also, strict parents seem to create an apprehensive atmosphere around their kids and are accountable for turning their children into more effective liars. Yes, though it sounds absurd, it’s a bitter truth that every parent wants to escape from. Strict and controlling parents are often rude and scold their kids for speaking the truth which ultimately causes children who are afraid, to tell the truth, learn more deceptive behaviour, so as to avoid getting into quarrels with their parents.

Not only this but it’s a sad thing on the part of parents who think that caging children means equipping them with discipline. But then how on earth do they expect too much from the caged bird, whose wings are clipped and who knows nothing of flying? In the words of Alejandro Jodorowsky: “Birds born in a cage think that flying is an illness.”

Demanding blind obedience and conformity from your children, not allowing them to question you, not letting them make their own decisions and disrespecting your children in front of others provokes aversion and antipathy in their hearts against you. This will ultimately force them to disrespect you in return and violate the norms set forth by you.

Parents need to understand and socialise more with their children and try to learn lessons for becoming good parents. There is no doubt that Indian parents forcefully implement their decisions on their children which makes them suffer in one way or the other. Instead of acting as villains, they should try to become friends and develop a cordial atmosphere with their children and strengthen this parent-child bond. This can be done by paying good attention and keen thought on what your children are trying to say and want to convey to you.

“Good parents give their children roots and wings. Roots to know where home is, wings to fly away and exercise what’s been taught to them.” — Jonas Saik.

Parents who are over-controlling and strict need to analyse the ongoing reasons behind so many suicides among youth. It’s not at all acceptable that parents should play blame games with their children. Before considering anything, there is a need and urgency to look dispassionately at what you are actually talking about and deciding for your children. At times many parents try to emotionally blackmail their children by showing feelings of extra-love and guilt to them. It’s very important for you to try to put yourself in the shoes of your children and understand from their perspective all emotions and things that usually keep enveloping their minds. Lack of rapport, bad communication skills and generation gap also adds fuel to this fire.

One of the essential things for parents to always remember is this: “Stop comparing your children with others.” This is how Albert Einstein has been quoted: “Everyone is a genius. But if you judge a fish by its ability to climb a tree, it will live its whole life believing that it is stupid.”

It’s a humble request from me to all the parents that you must stop raising your children by being too harsh, overly strict and over-controlling all the time. Instead, give it a try by becoming good parents, by supporting your children in their highs and lows, by encouraging them to do good, by letting them set their wings free and allowing them to breathe the air of freedom.

The writer is an engineering student. She can be reached at [email protected]