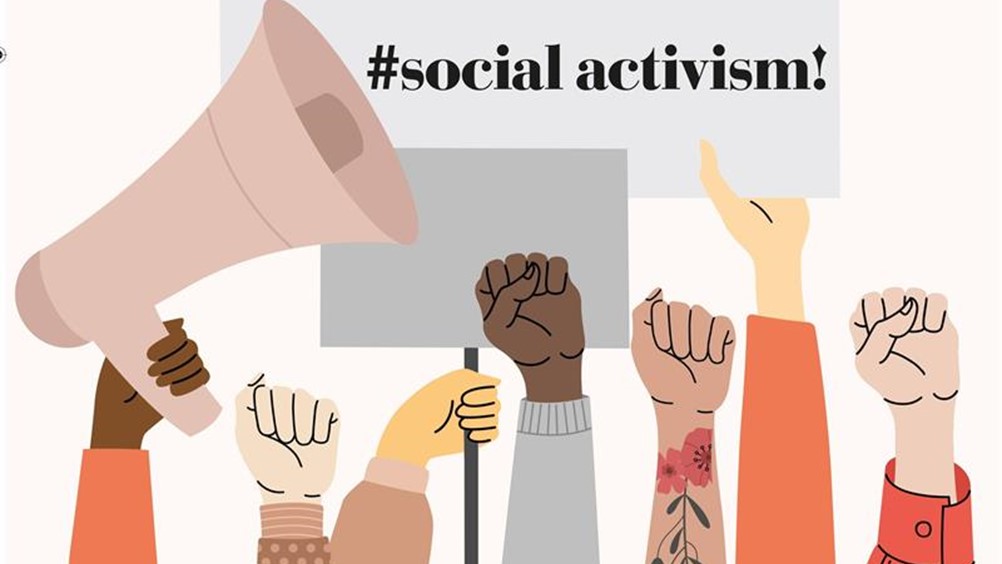 In a politically turbulent place such as Kashmir, being an activist is not easy. But in recent years, the role of activists has diversified to include the issues of social and environmental importance, in which young activists are winning small but significant battles.

The turmoil in Kashmir valley has unwittingly given birth to a culture of social activism, which has diversified over the years and is now playing an important supplementary role in checking the abuse of laws. The phenomenon, which began over three decades ago with the rise of human rights activism, has now branched into other fields such as environment, women and children, transgender community, anti-drug awareness, etc. This is indeed an important development, which is only growing by the day. I am fortunate enough to have been associated with social activism for the last decade as a youth activist. It is something that needs to be encouraged and given enhanced government support.

The history of political activism is over hundred years old in Kashmir valley from the times of Sheikh Mohammad Abdullah. The National Conference founder jumped into student politics in Kashmir valley during Dogra rule after completing his higher education from Aligarh Muslim University. Since then, while many Kashmiris have emerged in the field of political activism, not much was done in the field of social activism. While there were traditional Muslim charitable institutions catering to widows and orphans, there wasn’t any formal institutional culture of modern social activism in Kashmir valley.

“A thriving community of young legal activists have emerged in Kashmir who are slowly shifting the focus on issues like women and child welfare, cultural activities like song, music and literature, and environment”

The time when the culture of social activism started taking shape in India was in early 1980s. Kashmir valley, unfortunately, plunged into turmoil and things just came to a standstill. There wasn’t any time or aptitude for cultivating the culture of activism in Kashmir. However, also out of the turmoil sprouted the first seeds of modern social activism in the form of human right activism.

Three decades of political turmoil have left Kashmir valley with a huge number of destitute women, orphan children, missing persons, etc. This led to the emergence of a culture of human rights protection that saw the emergence of many lawyers and youth activists who pursued the cases of human rights abuses legally. Whether it was a case of seeking habeas corpus petition or seeking a simple bail, a thriving community of young legal activists emerged and slowly the focus shifted to other issues like women and child welfare, cultural activities like song, music and literature, and environment.

The environment protection activism has especially taken a very high-profile position, with many individuals, NGOs, civil organizations, etc. coming together and starting individual or collective endeavours to campaign for a diverse range of environment protection activities including preservation of lakes and water bodies of Kashmir, plantation drives, checking land, air and water pollution, and fighting rapid proliferation of illegal brick kilns.

As a native of Budgam district’s Beerwah division, I hail from one of the poorest parts of Kashmir valley which have been devastated by the mushrooming of illegal and unauthorized brick kilns that have not only destroyed thousands of kanals of fertile agricultural and horticultural land but have also led to high level of toxic air pollution in the Budgam district, polluting land as well as water resources and jeopardizing the health of the local population.

The unchecked mushrooming of these kilns in Budgam which supply bricks for construction activity in Srinagar and the rest of Kashmir valley is reportedly operated by people with dubious affiliations and therefore local population has been reluctant to lodge formal complaints with the law enforcement agencies or concerned district officials. In the absence of any complaint, neither the local police nor local administration is taking any serious action against such illegal activities.

That is where the civil society of Beerwah and I came into the scene. We decided to lodge a formal complaint against the illegal operation of unauthorized brick kilns in Beerwah division with the local administration on behalf of the “Civil Society of Beerwah”. Our collective action proved beneficial and the local administration of Budgam took swift action. A team of government officials not only put an end to under construction illegal brick kilns but also dismantled a large number of illegally operating unauthorized brick kiln structures and booked several violators.

The anti-illegal brick kiln operation surprised many people, who thought that these unwanted brick kilns were a permanent feature of their formerly pristine landscape as they were run by powerful criminals, who could not be touched by ordinary people. The local population, which is mired in extreme poverty were made to believe that they would have to endure the ill effects of these brick kilns forever. This feeling of despondency was challenged by the activism of Beerwah’s civil society and we won.

Social activism in Kashmir has come off age in recent times. It is not easy to be any kind of activist in a politically turbulent, sensitive and unpredictable place such as Kashmir, but despite all these obstacles, activism has found its niche in modern discourse. Social activism can play an important role in supporting administrative measures and checking any abuse of power by those in positions of power.

The author can be reached @javedbeigh across social media platforms. Views expressed are his own.