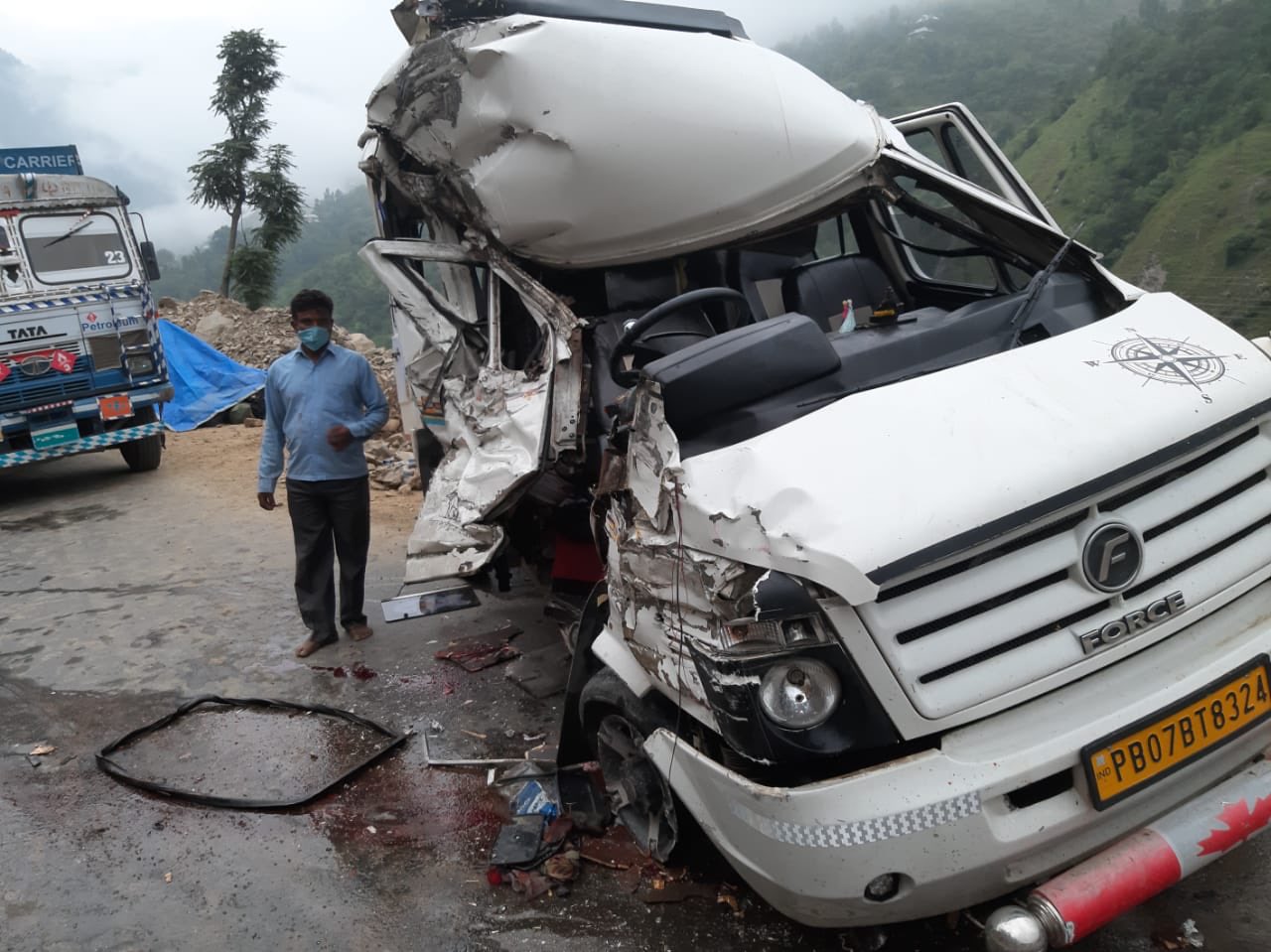 Jammu: One person died and 12 non-local labourers were injured in a head-on collision between a truck and tempo vehicle on Jammu-Srinagar highway at Chamalwas in Ramban district on Monday, officials said.
They said a truck (JK13C /4760) driven by Kabir Ahmed Khan of Rafiabad Baramulla collided with tempo (PB07BT/8324) which was on its way towards Srinagar. The accident resulted in injuries to the passengers travelling in tempo who were labourers from Bijnore UP, they said.