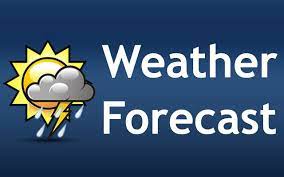 Srinagar: Weatherman on Wednesday forecast “generally cloudy weather with occasional brief spell of rain” for now and “next good rainfall spell” from July 19-21 in Jammu and Kashmir.

“Light to moderate rain with thunderstorm and lightning will occur at many places of Jammu especially Poonch, Reasi, Rajouri and at scattered places of Kashmir. Overall, weather will remain generally cloudy with an occasional brief spell of rain,” Director Meteorological Department Sonam Lotus said.

“Next good rainfall spell is likely during July 19-21,” he said.

The weather department has issued an advisory for the possibility of flash floods especially in Poonch, Rajouri and other vulnerable spots as “land is already fully saturated.”

Meanwhile, a meteorological department official said that Srinagar received 1.3mm of rainfall in 24 hours till 0830 hours and recorded a minimum temperature of 18.9 degrees Celsius against 18.1 degrees Celsius normal for this time of the year.

Jammu recorded 25.8mm of rain, the highest across J&K, during the time, the official said.

With 19.6mm, Batote witnessed the second-highest rainfall in J&K during the time and recorded a minimum temperature of 15.2 degrees Celsius against 17.6 degrees Celsius normal for this time of the year.

In Kashmir Valley, he said, Pahalgam received the highest rainfall of 13.7mm of rain followed by Gulmarg, the world-famous skiing resort in north Kashmir which had 8.8mm of rain and was the coldest place in J&K as it recorded a low temperature of 10.0 degrees Celsius against 11.8 degree Celsius normal for the area during this time of the season, he said.

Kupwara town received 1.4 mm of rain during the time and recorded a low of 16.9 degrees Celsius, the official added. (GNS)