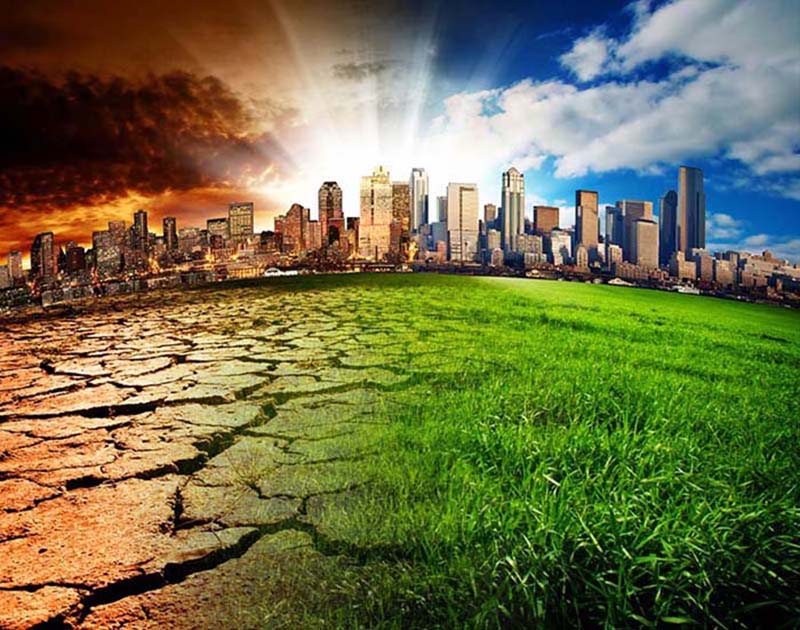 Human activity is significantly contributing to environmental degradation, which threatens the existence of the world as we know it. A radical policy shift is required to end this self-annihilation.

In today’s world, there are many burning issues like poverty, human rights violations, global warming, greenhouse effects, environmental pollution, etc. But here, I will discuss environmental pollution, which is defined as the addition of unwanted substances to the environment, which are harmful to living and non-living. It is not a recent phenomenon, but it is the process of many centuries. In recent years, it has raised its head. The previous decade witnessed some of the hottest years of the century. It is visible in the decreasing of the groundwater level in India, flooding of many areas, the bushfires of Australia, the melting of glaciers in the fragile Himalayan region, the thinning of ice cover in Antarctica, the extinction of species, the vulnerability of species, the huge storms, the spreading of deadly diseases, etc. If this is the situation, then what are the causes?

The first is industrialization. The heavy machinery creates havoc on the environment. Burning chimneys produce toxic gases. The effluents or the hot waters from the industries go into the seas. They destroy the ecosystem of marine life, which eventually disturb the ecological stability or balance of the environment.

Moreover, other wastes produced by the industries are dumped without any scientific watch. In Delhi, the dumping site is as big as a mountain. It kills animals, human beings, spreads diseases, wastes energy, litters the landscape, etc. Yet, in our valley, we witness that there is no planning on the government to decompose the wastes scientifically.

The second is deforestation which results in rain deficiency as well as droughts. It is being reported that a large part of the Amazon forests has been cleared due to the continuous felling of trees. In our valley, the smugglers are often hand in glove with the government in looting our precious resources. Every day we come across the news that smugglers are caught red-handed in this and that part of the valley. It has given rise to the loss of the habitats of wild animals. The end result is the man-animal conflict.

Overall, the continuous felling of trees has brought a lot of harm to the environment. Trees keep the ecological balance of the environment. When they are cut ruthlessly and without any significant afforestation measures, there is a cent per cent chance of environmental pollution.

The third is the continuous rise in the plying of vehicles on the already narrow roads. Every day, hundreds if not thousands of new vehicles appear plying on the roads across the country. First, the roads are not so wide to drive comfortably. The result is that many lives are lost, and the fuel used in most vehicles is non-renewable. It means that it won’t last forever.

Moreover, these vehicles produce toxic gases that disturb the environment on a large scale. Acid rain is an excellent example of this. Thus, slowly and steadily, the ground is prepared for environmental pollution. According to one research, this has led to significant ozone layer depletion that protects the earth from hazardous sun rays.

Fourth is that we waste a lot of energy. The bulbs are on without any purpose. The taps drip throughout the day and night. The vehicles are washed with the drinking water. The engines of the vehicles are not stopped at the red light. Food is wasted on most occasions, mobile phones remain on without any purpose, and the televisions and radios are talking throughout the day and night without any listeners. Refrigerators, washing machines, vacuum cleaners, etc., are on without any real purpose. This leads to an increase in energy consumption, which puts a lot of pressure on the natural resources exploited to produce this energy.

Last is that we are unaware of the importance of the environment. We take things for granted. We don’t have such mindsets that may help us ponder over the diversities in the environment. We never bother to respect the endowments bestowed upon us by the creator of the universe. We come to our senses when it is too late. This approach of ungratefulness is perilous. It is necessary to have compassion towards the environment. It pays and will pay if we remain a little bit diligent.

A lot of damage has been done. Now, there is a need to carry out the mission of real construction. We have to remain careful in not destroying the environment further. There is an urgent need for this mindset. We can’t be so complacent. Let us pledge that every person at his or her level tries their best to protect the environment.

The author can be reached at [email protected]il.com.