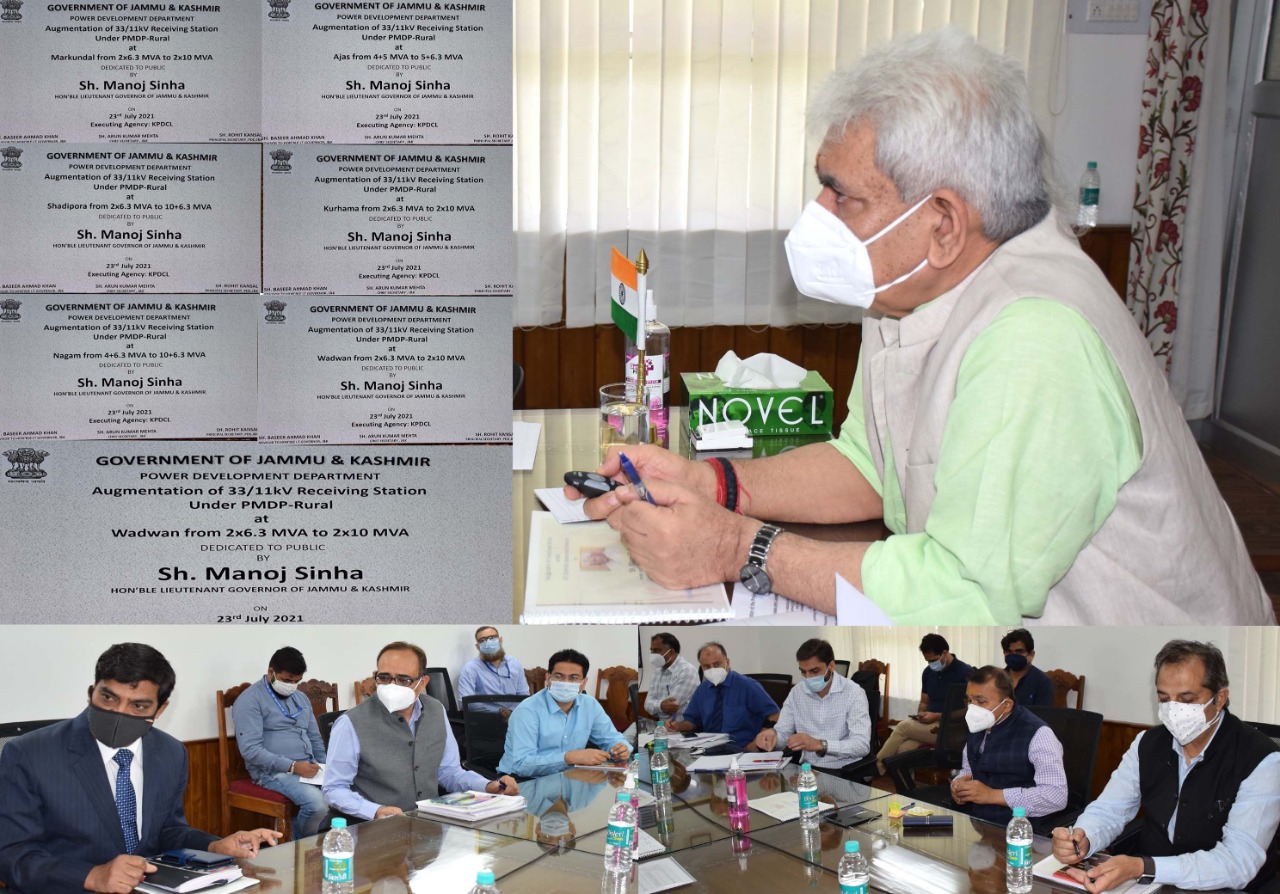 SRINAGAR, JULY 23: The turnaround in the power transmission and distribution sector in the last one year in Jammu & Kashmir has helped in achieving reliable, quality, and sustainable electricity supply. Power sector of the UT has not seen any development since last three decades and further strengthening of infrastructure will help the government’s aim of providing uninterrupted supply to households even in the rural areas, Lieutenant Governor Manoj Sinha said, while dedicating 07 different power infrastructure projects worth Rs 10.11 crore to the public including new receiving station and power augmentation in Kashmir Division.

Construction of the new receiving station at Pulwama under the languishing project will provide reliable power supply to 3350 households.

Hardly any work was done in the last three decades to strengthen the power infrastructure in the J&K UT. We have inherited a plethora of problems confronting the power generation, transmission, and distribution sectors. But, we are determined for a time-bound solution to the problems. Rs. 5000 crore has been allocated to transform the power infrastructure and I am certain with a pragmatic approach, we will be able to mitigate the challenges of this sector,” the Lt Governor said.

“The government is incurring huge losses in the power sector because people are not paying their bills. No government can provide reliable power unless citizens decide to pay. It is my humble appeal to the people to pay power bills. It is in the interest of UT,” Lt Governor said.

The Lt Governor advised the power department functionaries to incorporate public opinion in the planning and execution of the initiatives aimed at increasing revenue realization.

Reiterating the directions passed in previous meetings, the Lt Governor directed the power department to complete the work on Unique Identification numbers for Transformers on priority.

The 07 new power infrastructure projects have been executed under Languishing and PMDP-Rural schemes by Kashmir Power Distribution Corporation Limited (KPDCL).