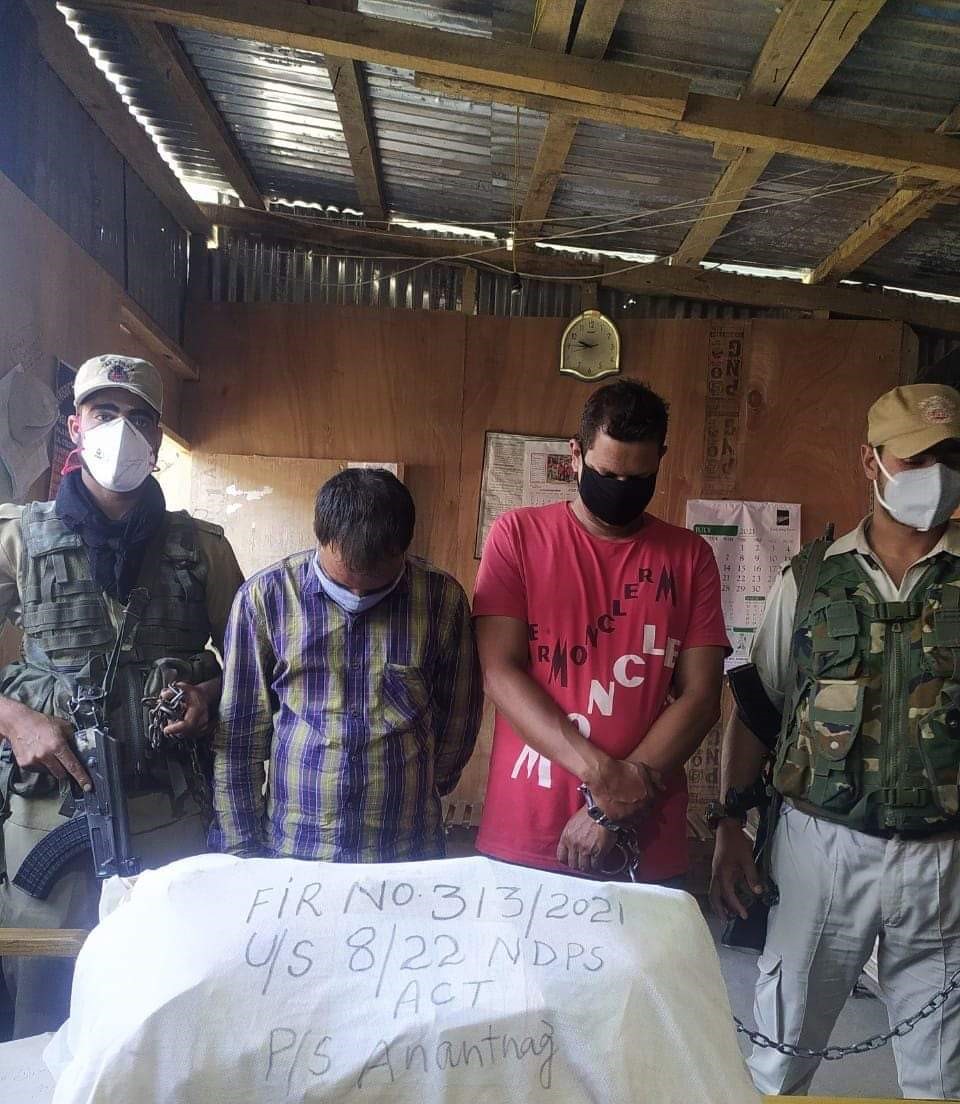 Anantnag:  Continuing its efforts to eradicate the menace of drugs from the society, Police party from PP Janglat Mandi headed by DO Janglat Mandi Anantnag laid down a Naka near  Bilal crossing and stopped a motorcycle on which two persons were riding, during their search about 7160 capsules of Mefar-PD and Spasmo-Proxyvon were recovered from their possession.

Both the  accused were identified as Kowsar Ahmad Khanday

In this connection case FIR No. 313/2021 Under Section 8/22 NDPS Act stands registered at Police Station Anantnag and investigation taken up.

Community members are requested to come forward with any information regarding drug peddlers in their neighbourhood. Persons found indulging in drug peddling will be dealt with as per law.