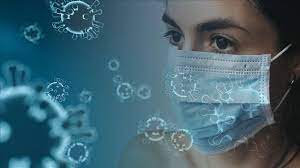 The decision by Prime Minister Narendra Modi for universal vaccination from 1st May is highly appreciable and a bold decision when the country is grappling with the second wave of coronavirus. It is a significant step in the fight against the COVID pandemic amidst others. Universal testing after universal vax will keep the COVID curve under control as using masks, and imposing lockdowns are not long term solutions. Lockdowns will work in the short run, and PM Modi advised its use as a last resort. Universal vaccination is the nerve centre of the counter-Pandemic measures. People must be made aware of the importance of getting Vax Jabs. These vaccines have been approved by all the major health and drug organizations in the world.

It is disheartening to see the trend among state and UT governments shifting the blame on the central government for lack of oxygen and beds in the hospitals that caused hundreds of unfortunate deaths from the virus. In the recently-concluded PM-CMs conference, Delhi – APP Chief Minister cleverly succeeded in shifting the blame to the Modi-led government for corona deaths in the capital city due to lack of oxygen. Health is a state subject, and developing health infrastructure is the state’s responsibility in addition to that of the central government. Absolving themselves of such responsibility is a dangerous trend and does not serve national and public interest. Those who criticize Narendra Modi for not making available the oxygen supplies should ask themselves these questions. Had they asked the union government that they would be in dire need of liquid oxygen supplies before the second wave hit Maharashtra and Delhi? Why did the Delhi government dismantle the make-shift hospitals after the country controlled the first wave since September last year? World leaders and international media have recognized the efforts made by the Narendra Modi government in containing the virus and vaccine development that helped India is emerging as a global power. It is highly commendable that the central government supplied the liquid oxygen to the states and UTs in excess of their demands in just a few days.

Since September last year, the Covid data suggests that India recorded a downward slide in the covid map and has successfully contained the virus. Narendra Modi and his government took pioneering initiatives by extending Rs 45,000 crore credit to the Serum Institute of India and Bharat Biotech in giving vaccines to the nation and the world. With this scientific inference, elections were conducted in several states after the Election Commission was satisfied that India contained the coronavirus. In March and April, traces of new mutants of the virus were found in Maharashtra and Delhi and in no time, the covid cases started to surge. With this spike in Covid figures, BJP and congress cancelled all their election rallies in West Bengal. Blaming BJP for conducting big election rallies in West Bengal and, at the same time, ignoring the rallies by Congress and TMC is not justifiable. Elections are vital for democracy and the welfare of its people. In 2020, Presidential elections were not postponed when the country was in the second wave and was topping the covid figures in the world.

India needs to accelerate the vaccination programme. If we have to vaccinate the 18+ population, we need an average of 1.5 – 2 crore doses per month. According to Adar Poonawalla, CEO of Serum Institute of India (SII), the company is currently producing 60-70 million doses per month but will scale it up to around 100 million by July. Along with Bharat Biotech’s monthly Covaxin manufacturing capacity of around 10 million, vaccines’ total monthly domestic production is around 70-80 million. In contrast, over 50 million doses of vaccine were administered in the first half of April. There are concerns among states about vaccine availability in such a scenario while funding their procurement could potentially stretch their finances, which the pandemic has already hit. To increase vaccine availability, the Government of India must import vaccines from other countries. If we fail to Vax the entire population in two or three months, we will face the third wave as new virus variants will appear. We have to live with new variants of the virus now for many years in future. We must prepare a strategy to combat the third and fourth waves. Vaccination is one of the basic counter-COVID measures. States must maintain high oxygen supplies, establish COVID special hospitals in every district, and stop blaming the central government. At the same time, the union government must procure the vaccine itself and then sell it to the states for making the immunization successful.

(Hamid Rather is an author and political analyst from J&K.)