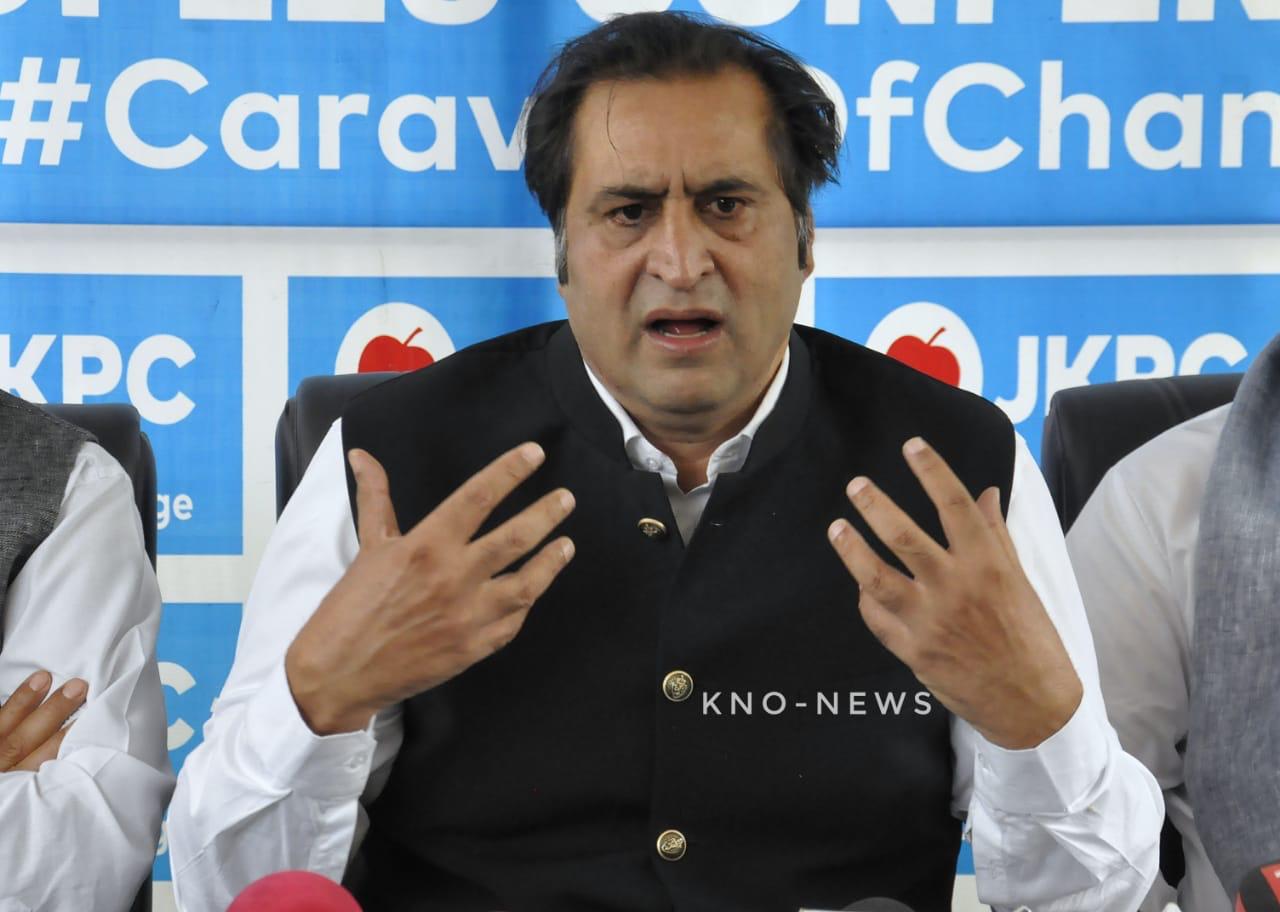 ‘J&K leaders made their people proud in all party meeting’

Srinagar: Peoples Conference (PC) Chairman, Sajad Gani Lone on Thursday said all the leaders who participated in the recently held All Party Meeting in New Delhi on June 24, made the people of JK feel proud.

Addressing a news conference, Lone, who was accompanied by Imran Raza Ansari and Basharat Bukhari, as per the news agency—Kashmir News Observer (KNO) Correspondent said, the participants from Jammu and Kashmir in All Party Meeting made their proud as they reflected the pain in befitting manner.

He said that it is obvious that those who will reach New Delhi to represent people can never disrespect the sentiments of people. “I would give equal marks to all who participated in and spoke in the meeting,” he said.

“As on date, there were no winners or losers. It’s a long process. We have to ensure that Delhi delivers and we have to make an enabling environment for them to deliver and that cannot be done by rhetoric. India is a land of elections. There is an election every six or eight months. Let us not buy rhetoric and create an environment where delivery becomes difficult. If delivery becomes difficult or delayed, there is only one loser and that is the people of J&K,” he said.

Lone said “as one of the parties who participated there in the meeting, we will strive to create an enabling environment to facilitate Delhi in delivering, to facilitate delivery mechanisms by Delhi.”

He further said that he wouldn’t boycott the elections. “I will not say that I will boycott the elections and the party will contest. We are equal. I am not more moral than them. We will fight equally,” he said, adding that what if keeping away the parties would be a trap.

“There is a need to understand that boycotting elections has yielded no results. We should look at the other side as well as keeping away the opponents could be a trap,” he said.

Replying to a query, he said that the party will participate in the Delimitation exercise if it is invited, saying that the process has to be fair within the regions and across the regions—(KNO)