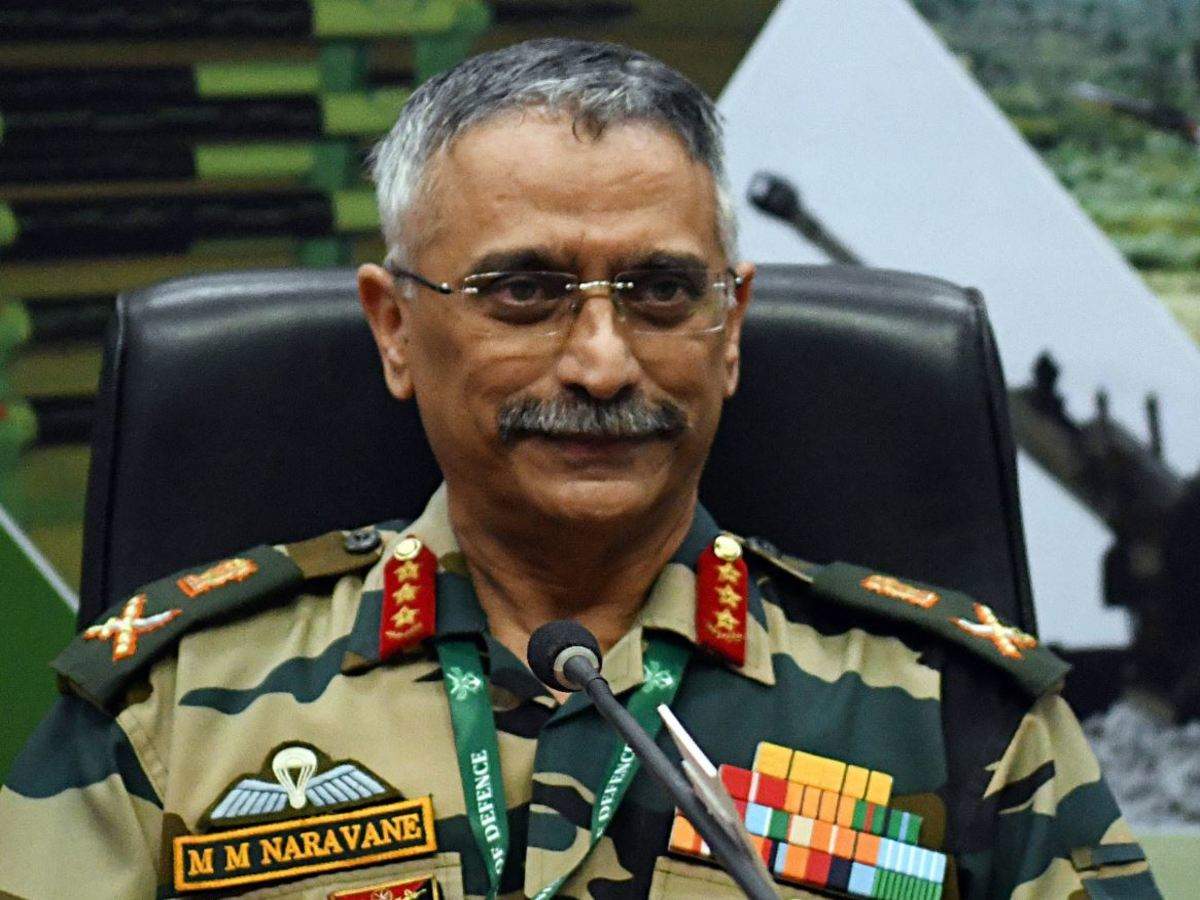 Srinagar: Army on Thursday said that it was ready for the Amarnath Yatra and has taken all necessary steps for it even as the decision to conduct the annual pilgrimage to the cave shrine lies with civil administration.

On 22 April, the Shri Amarnath Shrine Board (SASB), which organises the annual yatra, announced to “temporarily” suspending of the registration of pilgrims for the pilgrimage.

The board had started registration of pilgrims online from April 15 for the Baltal and the Pahalgam routes, which leads to the cave shrine. The 56-day yatra pending any further decision is scheduled to start from June 28.

Addressing reporters here, Chief of Army Staff, General MM Naravane, also said that situation along LoC as well as on the hinterland has greatly improved even as he urged people of J&K to shun the path of violence as “it will not take you anywhere.”

“After being briefed by Commanders on the situation, both on LoC and hinterland, I am glad to say that all the parameters we judge the normalcy by, have seen great improvement. There have been few (militant) initiated incidents.

There have been hardly any cases of stone pelting, any cases or nil cases of IEDs in the recent past and all these are indicators of return of sense of normalcy,” he said as per GNS correspondent, adding, “these are all indicators that awaam (people) also wants the same and that is very good thing that is happening. In this context of return to normalcy, we are from our side prepared for Amarnath Yatra and have taken all the necessary steps for the smooth conduct of Yatra. Of course, the decision to conduct Yatra or not lies with the civil administration.”

The statement comes less than two days after Central Board of Secondary Education cancelled Class XII examination following a review meeting chaired by the Prime Minister Narendra Modi. It would be interesting if the government goes ahead with pilgrimage.

Responding to a question by selected panel of reporters, the Army Chief said that his people in general, not only youth, should shun path of “violence” for better future.

“After such a long time we have reached a situation where peace and tranquility prevails, where people are able to perceive their dreams and aspirations. My message to all, not only youth, would be that when there is peace and tranquility can there be development and when there is development, we will all prosper,” he said, adding, “You should shun path of violence as it will not take you anywhere.

Army chief arrived on a two-day visit on Wednesday and met Lieutenant governor among others during the visit.

“See outside how world has moved on how India has moved on and therefore embrace the future and future lies in shunning the violence and if you do that it will only hasten the process of ushering the new era of development and prosperity in the state,” he said.

He said that peace in Jammu and Kashmir is a “whole of government approach”.

“It involves political sphere, local government and security forces. in this overall gamut, army’s role is to bring down levels of violence to an extend where civil administration and local security forces can than play their role in the development of region and J&K,” he said, adding, “Army’s role is to work with sync. The ultimate aim is to bring the level of violence so that peace and development can take place.”

Regarding “operation Sadbhavna”, he said that it was undertaken two decades ago when the situation in J&K was bad and local government was able to reach out to the people.

“We have been doing Sadbhavna for more than twenty years ago. 20 years ago when the situation was bad when local administration could not reach out to far flung areas to carryout developmental activities. At that time the Sadbhavna projects by army and other security forces helped a lot to ameliorate the sufferings and needs of the local population.”

For example, he said, Army good will schools were established when there were no schools in far flung areas.

“Obviously local youth and children were suffering and that is why we stepped in to fill up the breach. As the situation has now improved and as the administration is now being able to reach out into these areas, we will now recalibrate Sadbhavna activities in sync with the local administration so that we not do duplicate effort and we carry out those activities which are synergized and which will bring relief and succor to those who need it.”

Regarding Covid-19, he said that entire establishment was now better prepared to tackle third wave which may or may not happen.

“Covid is another kind of war which is fought by the country. There is not a single family which has not been affected by Covid. It is our responsibility as armed forces of the nation in this hour of need to do whatever we can do for the help of our citizens,” he said, adding, “We have left no stone unturned and  spared no resources in helping out in this hour of grief.

I am happy to say that an overall number of cases in the country has now seen a downturn and we are no in beating the second wave and as a result of the capacities we have the built-in month and half, we are much better prepared to tackle 3rd wave which may or may not occur.”  (GNS)