Home » PATTING THE BACK 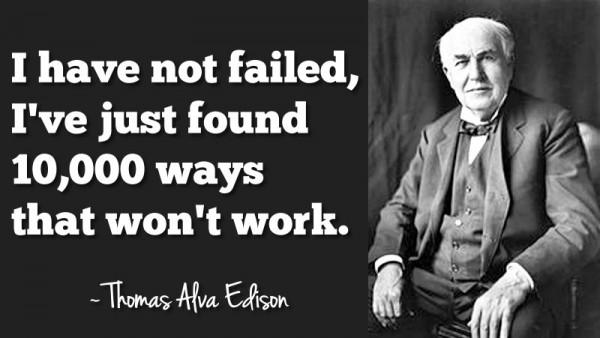 Every child is gifted in unique ways. We should encourage their pursuits even when they fail because, in the race to outrank others, if their self-confidence is damaged, it may be hard to repair.

Everyone among us must have heard about the great scientist Thomas Alva Edison and his wonderful inventions. During 1958 this Nobel laureate, inventor of more than a thousand instruments and gadgets, was just eleven years old ineligible and feeble-minded student in the eyes of his teachers. He was behind his fellows in every field and subject. A high Pyrexial stroke had impaired his hearing capability, leaving him half-deaf. Edison used to enjoy his world without paying attention to others’ opinions about him. He always used to think about uncommon and strange things.

Once, Edison saw a sparrow eating small worms and insects near the roots of a tree. While watching this event thoughtfully, he jumped upon the conclusion that perhaps flying of the sparrow is related to the eating of worms. A thought came to his mind that if humans will also eat worms, they also might fly like birds. In order to give a practical shape to his thought, he collected some insects in a bottle and prepared soup from them. He gave this soup to one of his friends, and the results were bad, obviously, and he got rebuked.

“It was self-confidence that made Edison do wonders in the world of science. Teachers and parents must learn from his example. They should never rebuke children for getting low marks in exams.”

After few months, his principal gave him a closed letter and asked him to give it to his mother. After reaching home, he gave the letter to his mother. While his mother was reading the letter, he was curiously looking at her to know its content. Her mother gave him a gentle smile. She told him that they were calling him an extra genius and requesting her to teach him at home. Hearing these admirable words for the first time in his life, Edison became very happy. He felt a wave of strong willpower and self-confidence in himself.

Now his mother started teaching him. It was not an easy task, yet she didn’t lose hope. Edison was not from an economically well-off family. So he used to sell books and newspapers on the train besides studying to help his father. In this way, while helping his father, Edison slowly crossed all the barriers in his way, and one day, this self-study child rocked the world of science and became one of the world’s famous scientists.

He invented many useful things like transmitter-receiver for the automatic telegraph, megaphone, sound recorder, gramophone and many more. The credit for inventing the electric bulb also goes to Edison. During the invention of the electric bulb, Edison almost failed thousand times in his experiments. But every time he failed, the words of his mother, ‘your son is genius’, struck his ears to boost him and finally, he succeeded in his mission.

The next day, he gave this bulb to his employee in the presence of other people to install and test it. Unfortunately, it fell from his hands and got broken. Instead of rebuking him, Edison worked hard the whole night to prepare a new one, and the next day; he handed it to the same employee for testing. The employee installed it successfully with full confidence, and the whole room was lightened. On asking why he gave it to the same employee who broke it yesterday, Edison replied that if he had not given it to him for installation, his self-confidence would have got shattered, and he never wanted so.

During his 84 years of life, Edison continuously invented new things for the service of humanity, and he was listed as one of the greatest scientists in the world. During one evening, while searching for some documents, Edison found an old torn paper in his almirah. It was the same letter that his principal had given him during his childhood days.

On reading it, tears flowed down his eyes when he reached the line “… your child is extremely feeble-minded and mentally weak. We can’t keep him in our school, so we request you to teach him at home.” During that night, Edison penned down the magnificent words in his diary, “Thomas Alva Edison was a mentally weak child, but his mother developed self-confidence in him and made him a genius.”

Let’s always remember that it was self-confidence that made Edison do wonders in the world of science. Teachers and parents must learn from his example. They should never rebuke their children for getting low marks in the examination. Rather children should be encouraged. No child should be labelled as weak or ineligible as God has bestowed all human beings with some quality. A child can lose his self-confidence on being termed as unsuccessful and useless, which may result in many psychological disorders also. He will never be able to discover his positive aspects and positive energy hidden inside by our negative reaction.