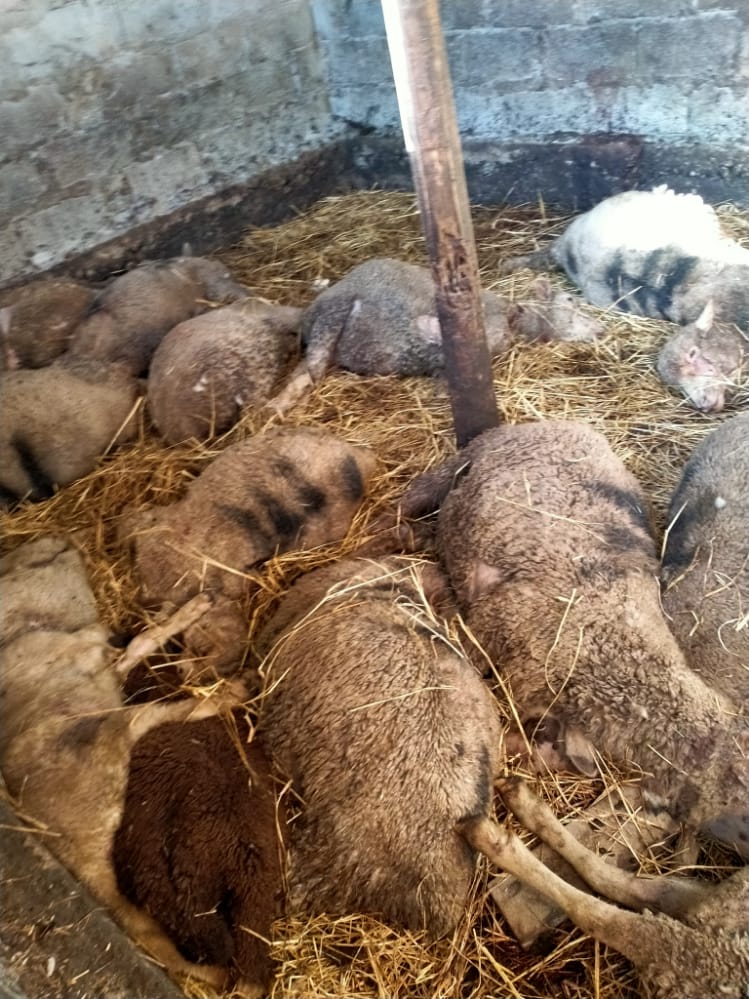 Baramulla: A leopard killed at least 22 sheep and injured four others in Kunzer area of north Kashmir’s Baramulla district, locals said on Tuesday.

Reports reaching GNS said that the sheep belonging to Mehraj Din Reshi were killed in the Rembalpora village of Kunzer last night.

“This morning when I went to the animal shed to feed them, I saw 22 sheep killed,” Reshi said.

Meanwhile, villagers appealed to Wildlife officials to lay a trap and catch the leopard(s) so that such incidents do not happen in the future.

The villagers also appealed to the government to provide compensation to the owner who has lost the livestock. (GNS)