Home » Hunting With The Hounds 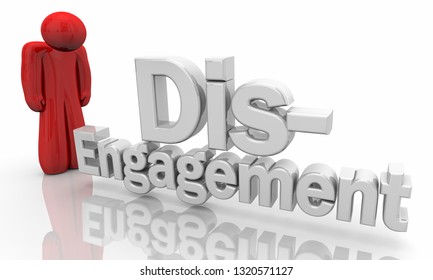 Political patronage and deep-rooted corruption allowed the J&K employees to get away with criminal deviations from the service rules. The recent dismissal of employees shows that it can’t be business as usual any longer

The Employees Union has criticised the UT administration for dismissing the trio. However, the government has claimed that their involvement in activities prejudicial to the “security of the state” has been established beyond doubt and that it is a step in the “right direction” to realise the fruits of peace and development post the abrogation of Article 370.

“In a bid to tackle extremism in all its manifestations, the new administration believes that the stringent action was long overdue as many employees are believed to be aiding and abetting militant activities in the Valley for years now,” officials said.

However, the officials said these employees always emerged unscathed due to the shield offered by their political patrons. “To end this patronage, the Prime Minister Narendra Modi’s government in New Delhi has woken up post-August 5, 2019 and realised the necessity of disposing the “black sheep” from every sector in the union territory,” the official said.

The government believes that much damage has already been done by people who willingly, unknowingly, or coerced manner assisted militancy in its growth and proliferation.

The revocation of Article 370 has paved the way for the UT administration to identify such elements in government departments as per the law and take them to the task, he added.

Against this backdrop, three government employees have been dismissed from services for involvement in subversive activities. Invoking Article 311 of the Constitution, the government has issued their termination orders without giving them a fair chance of representation.

The employees were accused of being involved in activities that are seen as a threat to the “security of the State”. According to one report, around 500 such employees have been identified by the government, and their orders are also going to be issued in coming days and weeks.

“Government employees are bound to follow the service rules in letter and spirit. Even if they want to marry for the second times, they will have to first obtain the permission of their parent department before taking such a step,” a senior officer in General Administration Department said.

Separate orders issued by the General Administration Department of the UT against Idrees Jan, a government school teacher in Kupwara, Nazir Ahmad Wani, a Naib Tehsildar, Bari Naik, an assistant professor of geography, Udhampur and DSP Devinder Singh, who was caught with a militant commander while on way to Jammu last year.

The orders read that LG, Manoj Sinha, after perusing the facts and circumstances of the cases, deemed it necessary for national security that the three employees be dismissed from service.

It’s pertinent to mention here that the J&K government has recently constituted a Special Task Force (STF) to specifically deal with the involvement of government employees accused of involvement in subversive activities.

The STF will bring under the scanner government employees involved in anti-national activities. For quick results and efficiency in its workings, the STF will coordinate with members of the Terror Monitoring Group (TMG) and will also co-operate with other agencies and departments to zero in on the suspects. The criminal investigations department is servicing the STF to ensure the dragnet works effectively and time-bound.

The moot point is: what necessitated the formation of STF in J&K? A cursory look at the criminal record of some government employees draws immense justification for the constitution of this force as dealing with a huge army of 4.8 lakh government employees in J&K requires separate effort and machinery.

As militancy continues to pose challenges to the government with thousands of Kashmiris believed to be overtly and covertly providing logistic support to militants, officials believe that keeping government employees under the scanner is in the best interest of national security.

“The cumulative efforts of the centre and the state are not going to be enough if the problem continues to persist within. More than an outsider speaking ill of the organisation, employees on the payroll are bound to cause greater damage with a half-hearted, subverted mindset, and no real progress can ever come of such uninspired effort,” another official said.

“It is one thing to be a mute spectator in the flow of events, but an absolutely different thing to be an obstacle, an impediment or even worse, a counteractive force to a positive change in the Valley. Unfortunately, such elements have provided a fillip to the ongoing situation of uncertainty and hopelessness in the Valley, which the government is trying very hard to address,” he added.

The government believes that much damage has already been done by people who willingly, unknowingly, or coerced manner assisted militancy in its growth and proliferation. “It is now time to curb this disenchantment and identify people who want to secretly enjoy the benefits, perks, privileges and the security provided by a government employment and yet want to speak, act and project against the system to categorically defeat the government agenda, perhaps to further inimical propaganda,” the second official said.

“Not only do they reap all the sunny days of their situation, but they also brainwash others and take away the potential opportunity from them of a better and more progressive future. In which world is that fair?” he added.

The STF will ensure that the government employees choose one side of the coin and stick with it. However, if the choice is difficult, or if they choose otherwise, it should be known that there is plenty of positive talent in the Valley that is disenchanted with this age-old hatred and wants a brighter and better life.

“People are choosing to move ahead and upwards rather than engage in a mindless debate of what was and what could have been. New Delhi has already made decisions for Kashmir and Kashmiris. It is only a matter of time that they are seen through and hopefully with enthusiasm and gusto from all,” the official added.